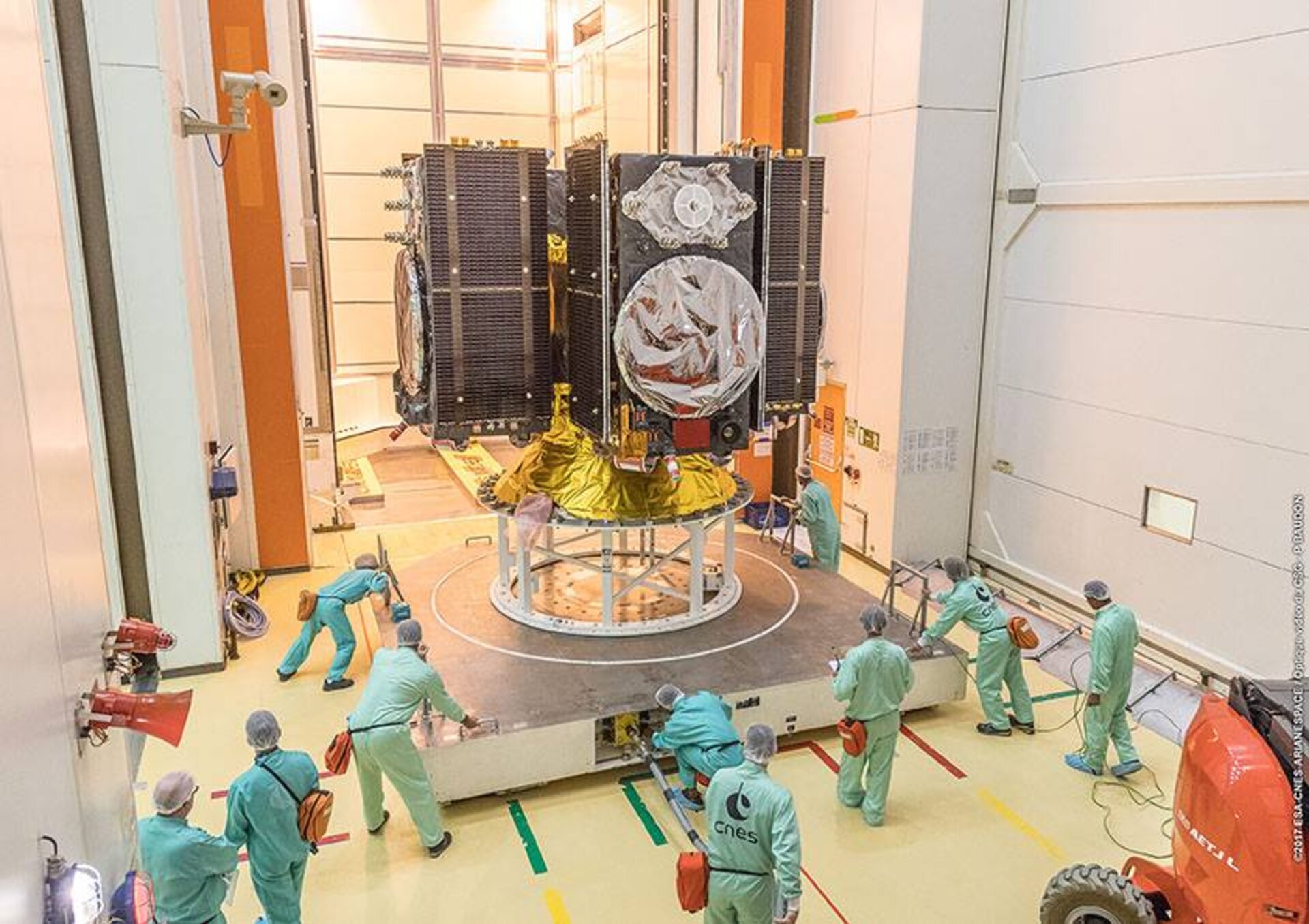 The next four Galileo satellites are placed in the payload container ahead of their 12 December launch. The next four satellites will launch on an Ariane 5 rocket to join the 18 satellites currently in orbit. This launch will bring the total Galileo constellation to 22, boosting the global availability of navigation signals. Galileo began Initial Services just under a year ago, the first step before full operations, on 15 December.