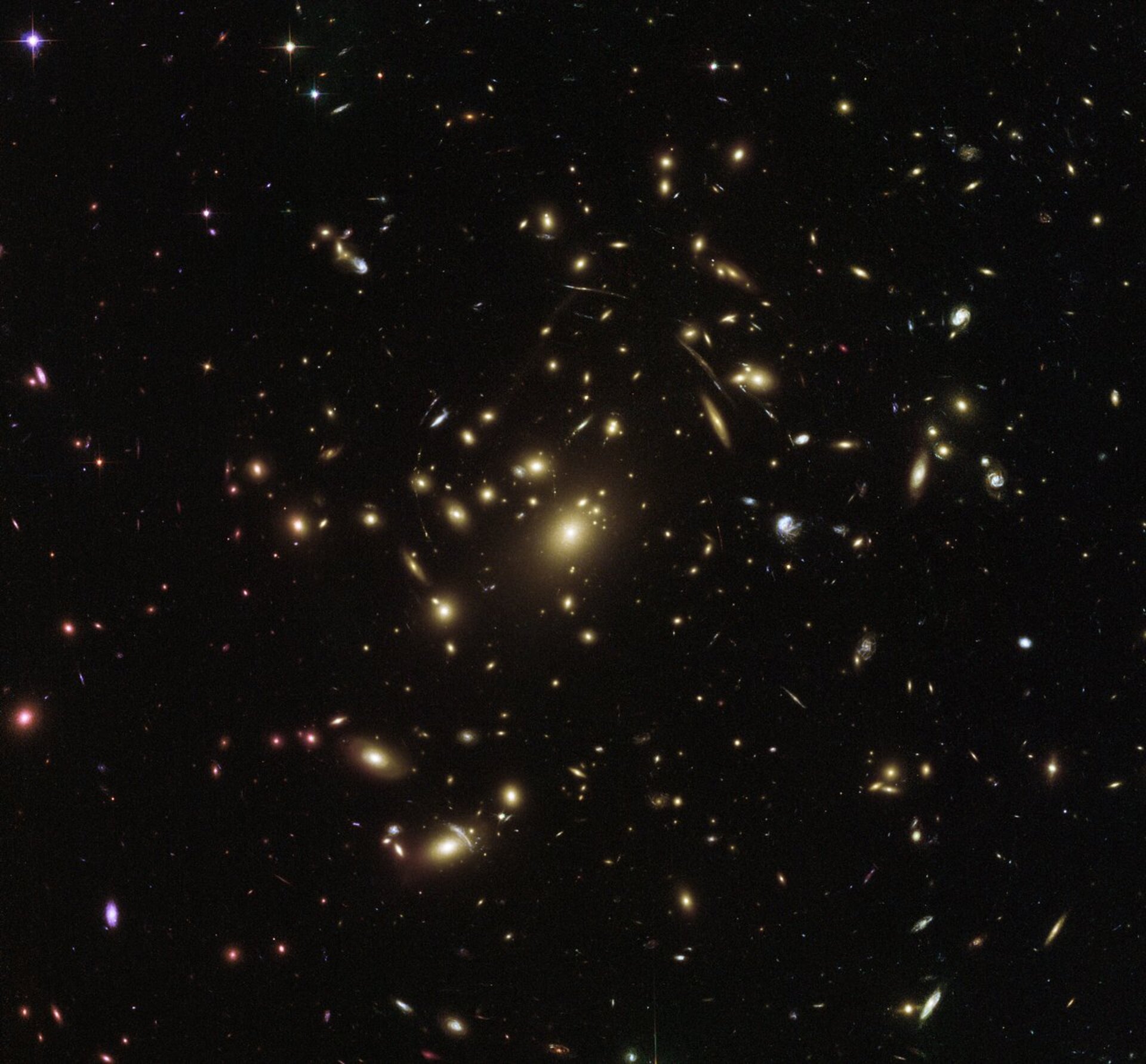 This picturesque view from the NASA/ESA Hubble Space Telescope peers into the distant Universe to reveal a galaxy cluster called Abell 2537.

Galaxy clusters such as this one contain thousands of galaxies of all ages, shapes and sizes, together totalling a mass thousands of times greater than that of the Milky Way. These groupings of galaxies are colossal — they are the largest structures in the Universe to be held together by their own gravity.

Clusters are useful in probing mysterious cosmic phenomena like dark matter and dark energy, the latter of which is thought to define the geometry of the entire Universe. There is so much matter stuffed into a cluster like Abell 2537 that its gravity has visible effects on its surroundings. Abell 2537’s gravity warps the very structure of its environment (spacetime), causing light to travel along distorted paths through space. This phenomenon can produce a magnifying effect, allowing us to see objects that lie behind the cluster and are thus otherwise unobservable from Earth. Abell 2537 is a particularly efficient lens, as demonstrated by the stretched stripes and streaking arcs visible in the frame. These smeared shapes are in fact galaxies, their light heavily distorted by the gravitational field of Abell 2537.

This spectacular scene was captured by Hubble’s Advanced Camera for Surveys and Wide-Field Camera 3 as part of an observing programme called RELICS.