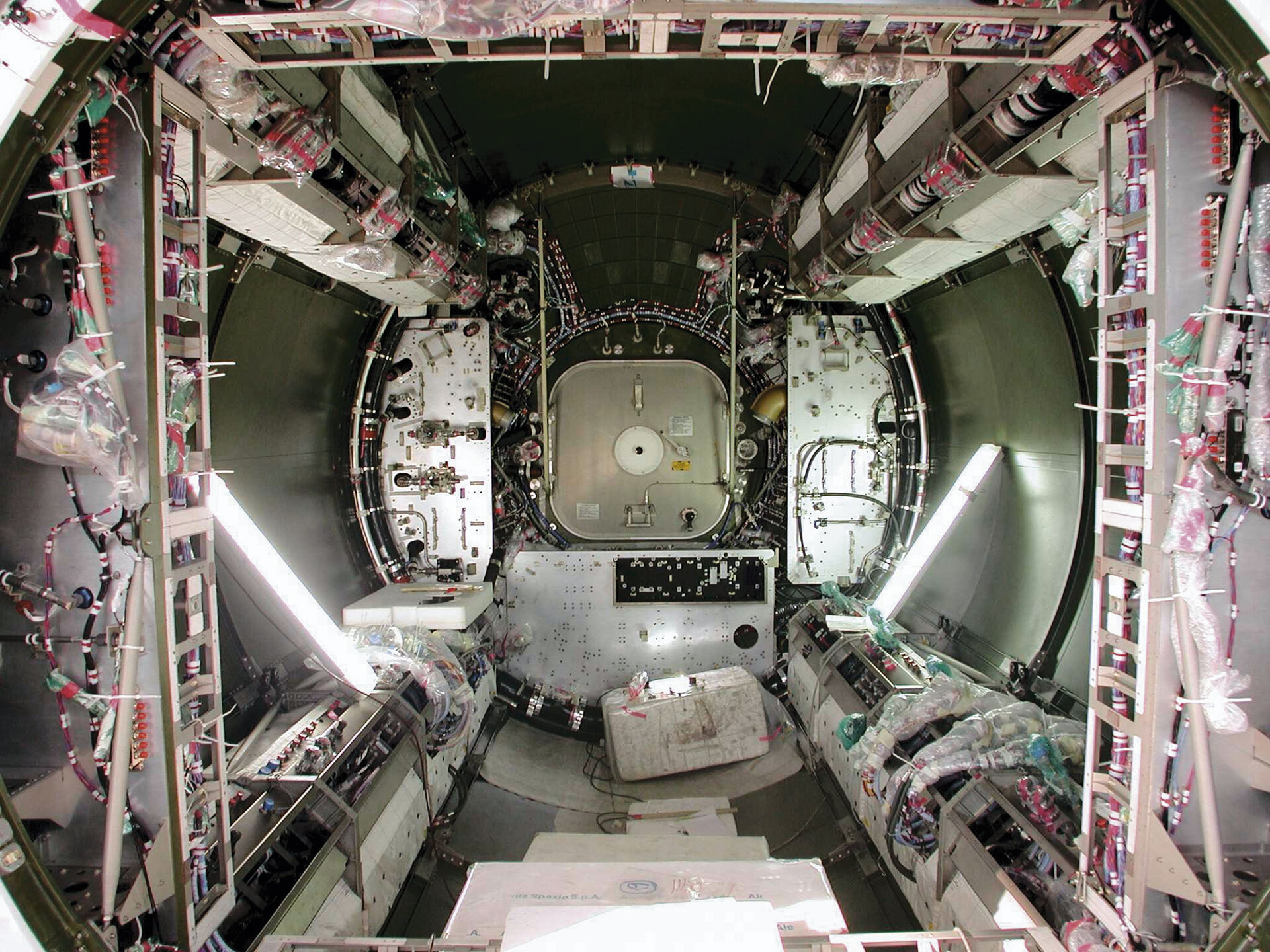 Inside the cylindrical modules of the International Space Station is the standard stuff of technology. Wires, cables and pumps form the framework of the one-of-a-kind European Columbus laboratory, seen here in its early days of assembly.

The cornerstone of Europe’s contribution to the Space Station, Columbus is a pressurised laboratory that allows astronauts to work in a comfortable and safe environment.

This year marks the 10th anniversary of Columbus in orbit. In celebration of its remarkable decade, we will revisit the technological and scientific milestones of the lab in feature images, beginning with this one taken during its construction in 2001.

Like its sister nodes Tranquility and Harmony, Columbus’ assembly began in Turin, Italy. The structure, thermal control and life-support equipment, plumbing and external protection were completed by September 2001.

Columbus then moved to the prime contractor in Bremen, Germany for assembly to be completed before being shipped to the US for testing.

Although Columbus is the Station’s smallest laboratory module, it provides the same payload volume, power, data retrieval, vacuum and venting services as the other modules, an achievement made possible thanks to careful planning.

The lab has been supporting sophisticated research in life and physical sciences, space science, Earth observation and technology demonstrations in weightlessness for the past decade.