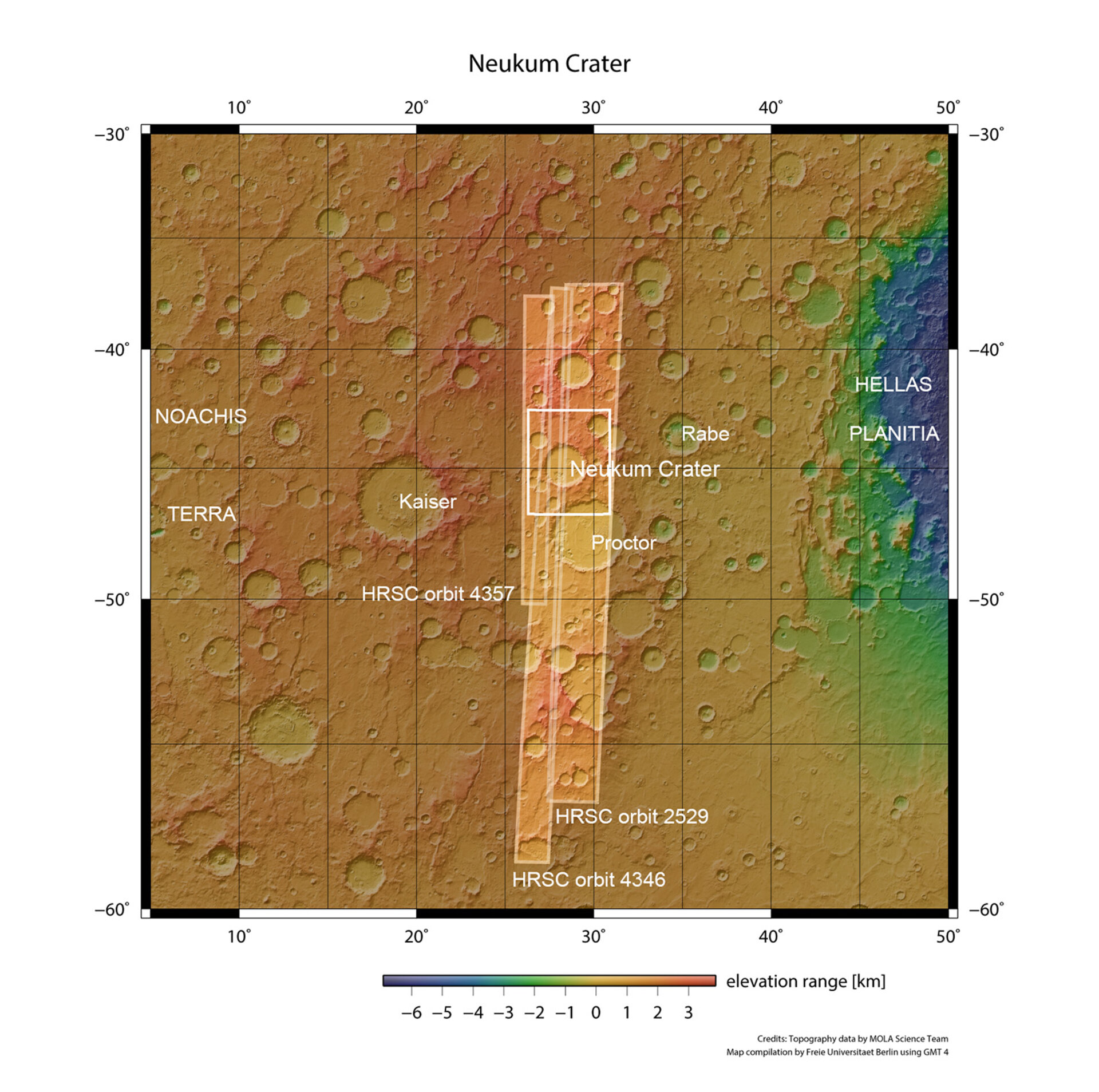 Neukum Crater in context of its surrounds in Noachis Terra. It is situated about 800 km from the western rim of Mars’ largest impact basin Hellas.

The region outlined by the large white boxes indicate the area imaged during Mars Express orbits 2529, 4346 and 4357, from which the associated image release, outlined by the smaller box, is compiled. In this context image, north is up.