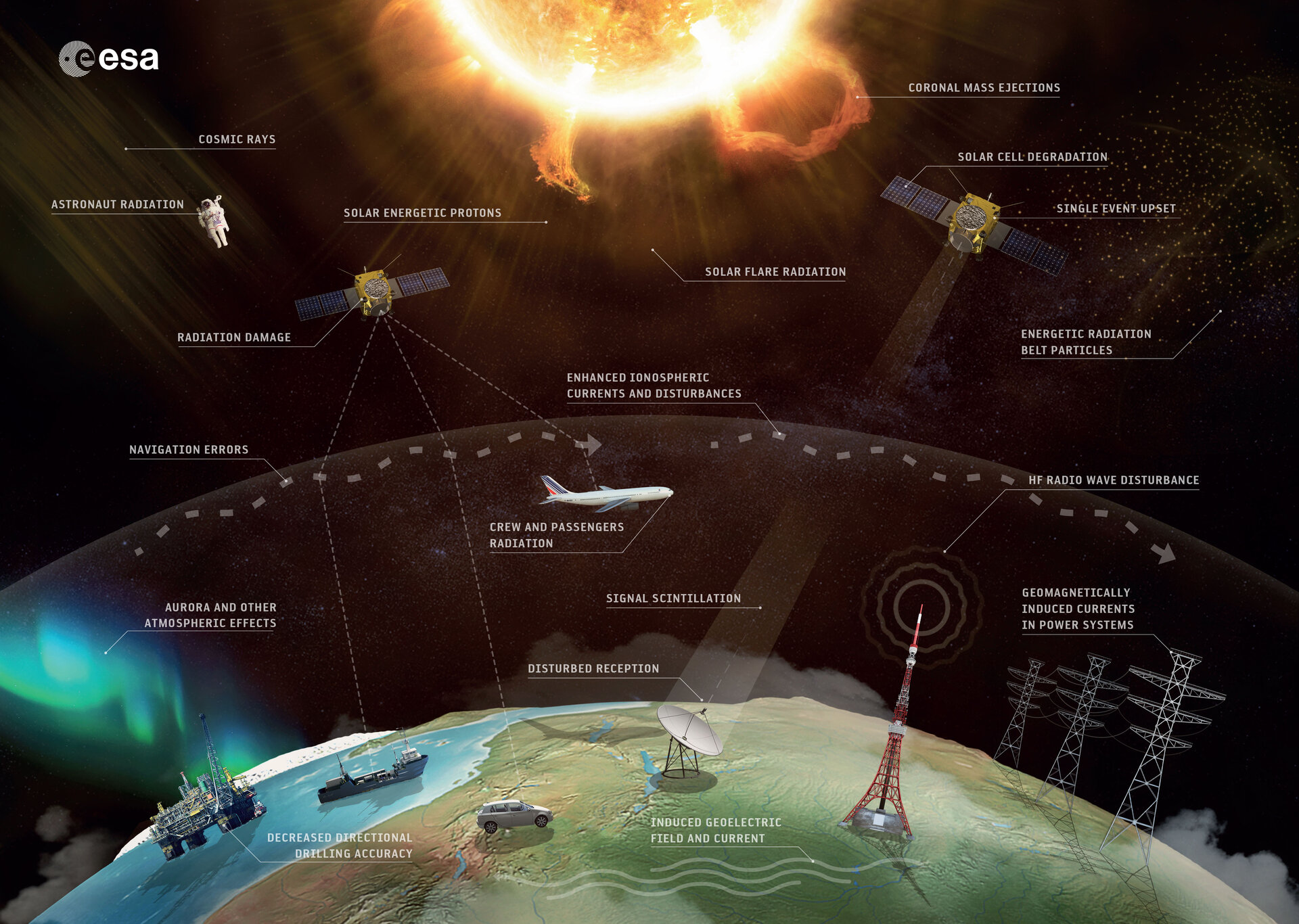 In Europe’s economy today, numerous sectors can be affected by space weather. These range from space-based telecommunications, broadcasting, weather services and navigation, through to power distribution and terrestrial communications, especially at northern latitudes.

One significant influence of solar activity is seen in disturbances in satellite navigation services, like Galileo, due to space weather effects on the upper atmosphere. This in turn can affect aviation, road transport, shipping and any other activities that depend on precise positioning.

For satellites in orbit, the effects of space weather can be seen in the degradation of communications, performance, reliability and overall lifetime. For example, the solar panels that convert sunlight to electrical power on most spacecraft will steadily generate less power over the course of a mission, and this degradation must be taken into account in designing the satellite.

In addition, increased radiation due to space weather may lead to increased health risks for astronauts, both today on board the International Space Station in low orbit and in future on voyages to the Moon or Mars.