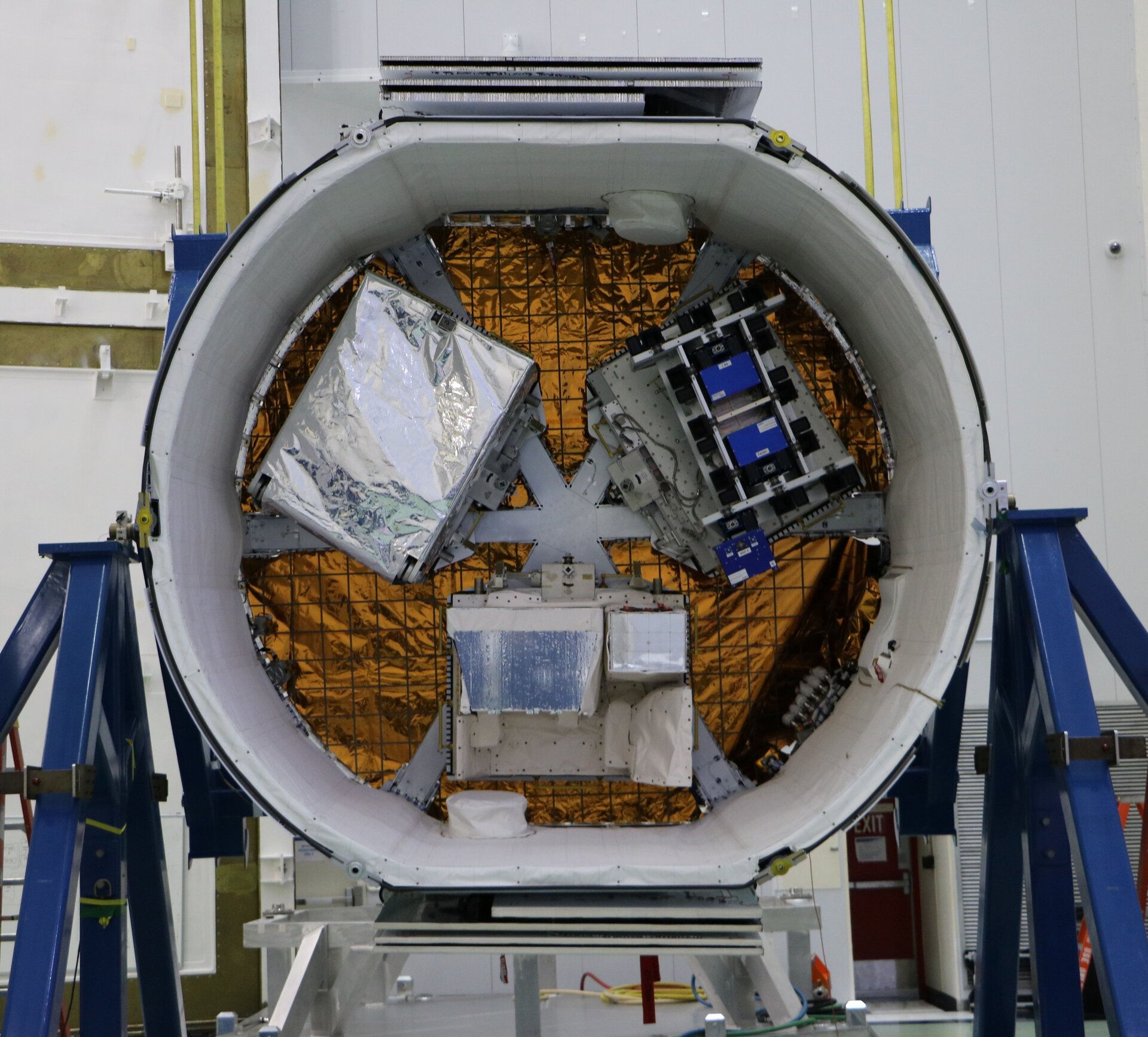 ESA’s Atmosphere-Space Interactions Monitor (ASIM), the centre-bottom box in this image, is seen here after its installation in SpaceX Dragon’s open cargo carrier ahead of next week’s launch. On 2 April, a Falcon 9 rocket will deliver this instrument to the International Space Station to begin its mission of chasing down elusive electrical discharges in the atmosphere.

For years, their existence has been debated: elusive electrical discharges in the upper atmosphere were reported by pilots, but these ‘transient luminous events’, also known as red sprites, blue jets, and elves, are difficult to study because they occur above thunderstorms.

Satellites have probed them and observations have even been made from mountain tops but their viewing angle is not ideal for gathering data on large scales.

Then, in 2015, ESA astronaut Andreas Mogensen managed to record many kilometre-wide blue flashes around 18 km altitude, including a pulsating blue jet reaching 40 km from the International Space Station. A video recorded by Andreas as he flew over the Bay of Bengal at 28 800 km/h shows the electrical phenomena clearly – a first of its kind.

The Space Station’s low orbit proved again to be the vantage point from which a large part of Earth along the equator could be observed and these sprites and jets could be captured.

Researchers want to investigate the relationship between terrestrial gamma-ray bursts, lightning and high-altitude electric discharges across all seasons by tracking and collecting data continuously for at least two years.

Aside from being a little-understood phenomenon and part of our world, these powerful events can reach high above the stratosphere and have implications for how our atmosphere protects us from space radiation.

ASIM is an international project funded by ESA in close collaboration with NASA and is led by a team of scientists from the National Space Institute of the Danish Technical University (DTU Space).