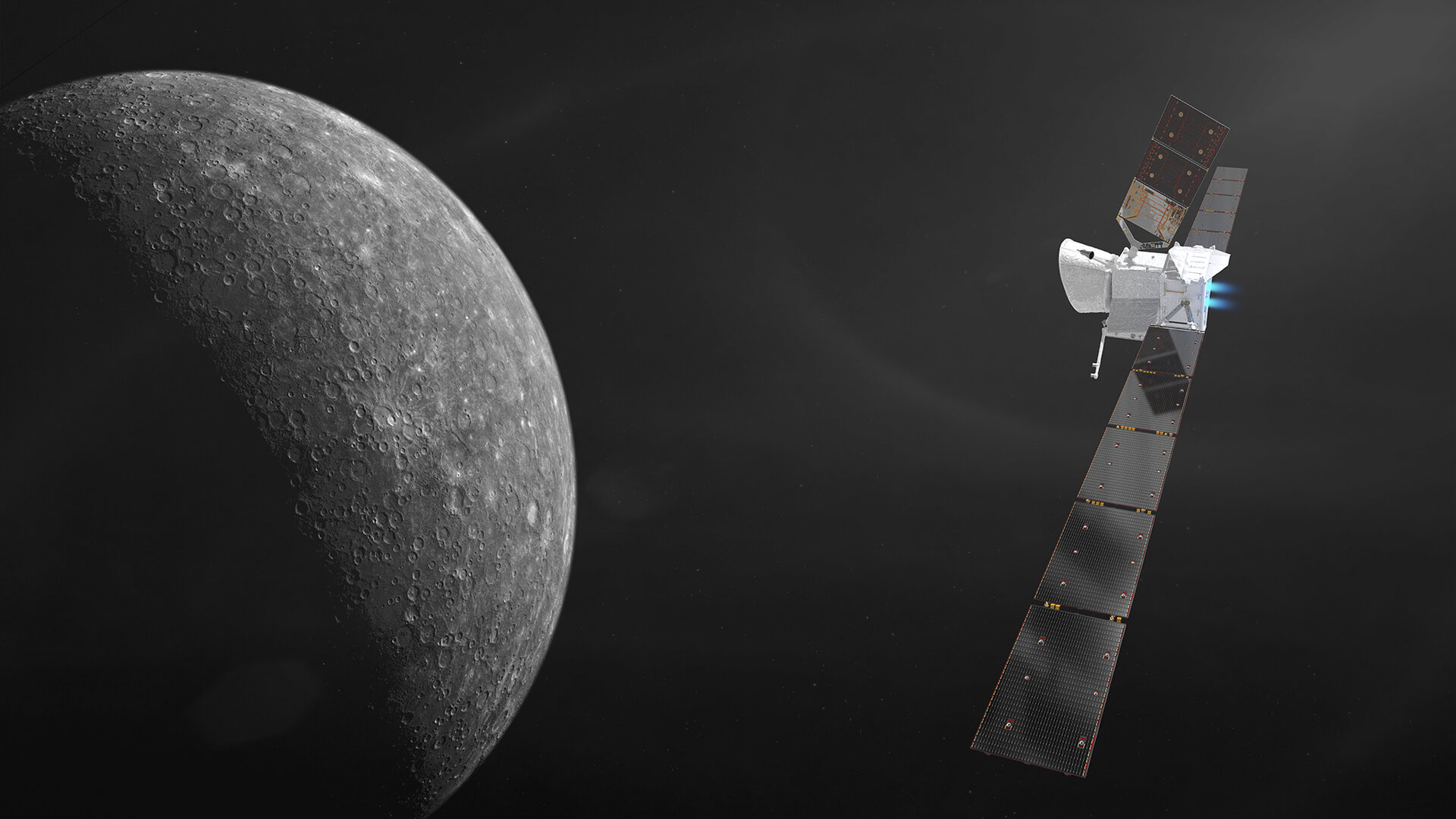 Artist’s impression of BepiColombo in cruise configuration, approaching Mercury. On its 7.2 year journey to the innermost planet, BepiColombo will fly by Earth once, Venus twice and Mercury six times before entering into orbit.

The Mercury Transfer Module is shown at the right with ion thrusters firing, and with its solar wings extended, spanning about 30 m from tip-to-tip. The 7.5 m-long solar wing of the Mercury Planetary Orbiter in the middle is seen extending to the top. The Mercury Magnetospheric Orbiter is hidden inside the sunshield towards the left in this orientation.