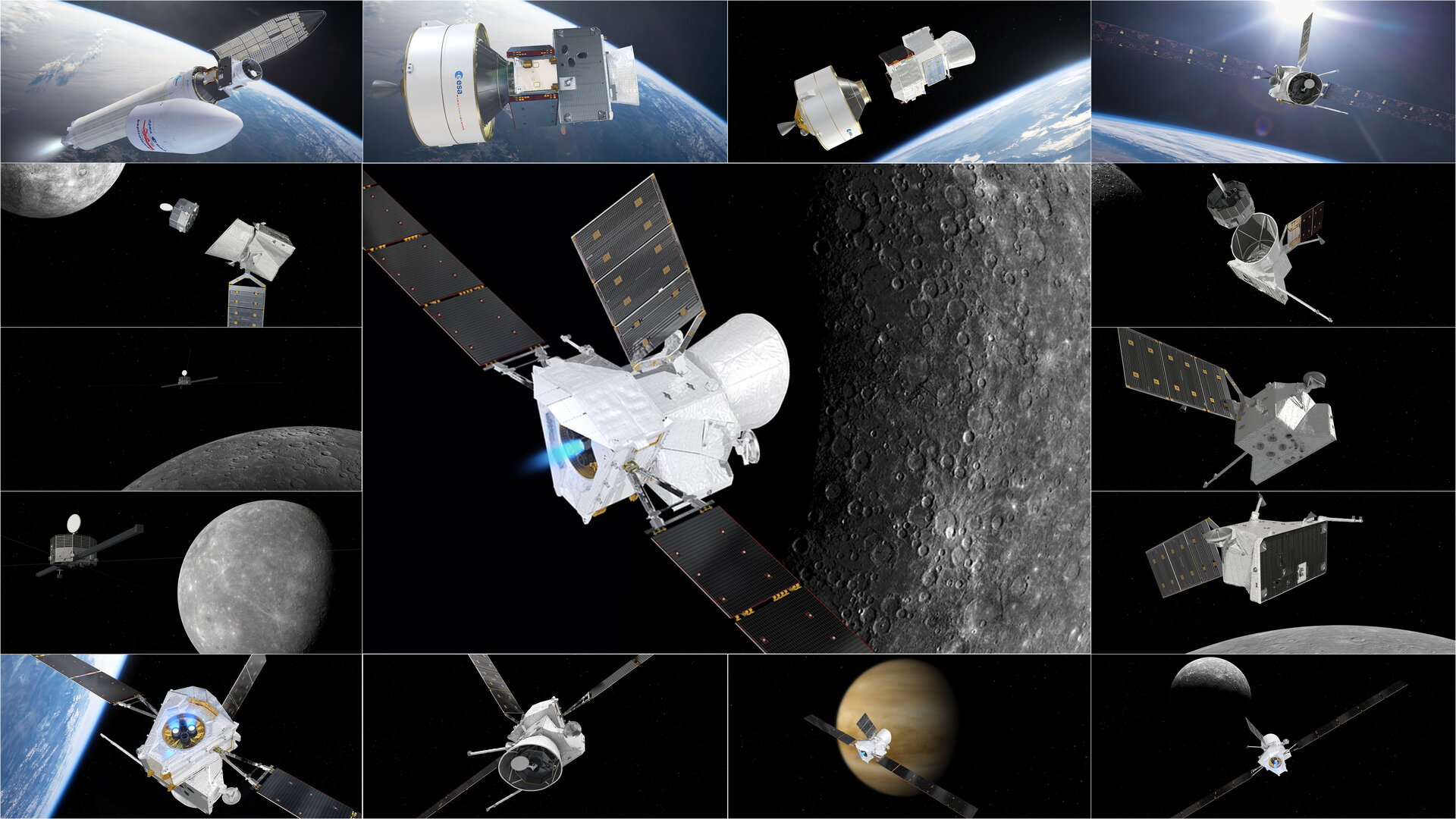 The BepiColombo mission to Mercury passed a review milestone last week, confirming that it can leave Europe and begin preparations for launch at the Kourou spaceport.

The spacecraft and ground equipment, along with personnel, will start transferring to Kourou towards the end of next month. The launch window opens on 5 October until 29 November 2018.

This montage of artist’s impressions represents a selection of new images released today showcasing the spacecraft elements in different situations during the mission’s seven-year cruise to the innermost planet.

Some images highlight the moments following launch on the Ariane 5, while others feature flybys at Earth, Venus and Mercury. BepiColombo will fly by Earth once, Venus twice and Mercury six times, using the planets’ gravity to help set course, before entering orbit around Mercury.

BepiColombo is Europe’s first mission to the innermost planet and comprises three spacecraft. The ESA-built Mercury Transfer Module will carry the two science orbiters – ESA’s Mercury Planetary Orbiter and Japan’s Mercury Magnetospheric Orbiter – to Mercury. After arriving at Mercury, the trio will separate in stages – some of these moments are also visualised in the new artist’s views.

Once at Mercury, the two science orbiters will make complementary observations of the planet and its environment, from its deep interior to interaction with the solar wind, to provide the best understanding of the planet to date and how the innermost planet of a solar system forms and evolves close to its parent star.

The views of Mercury in this montage are based on imagery from NASA's Mariner 10 and Messenger missions.

Please note that some elements of this image were updated in April 2018.