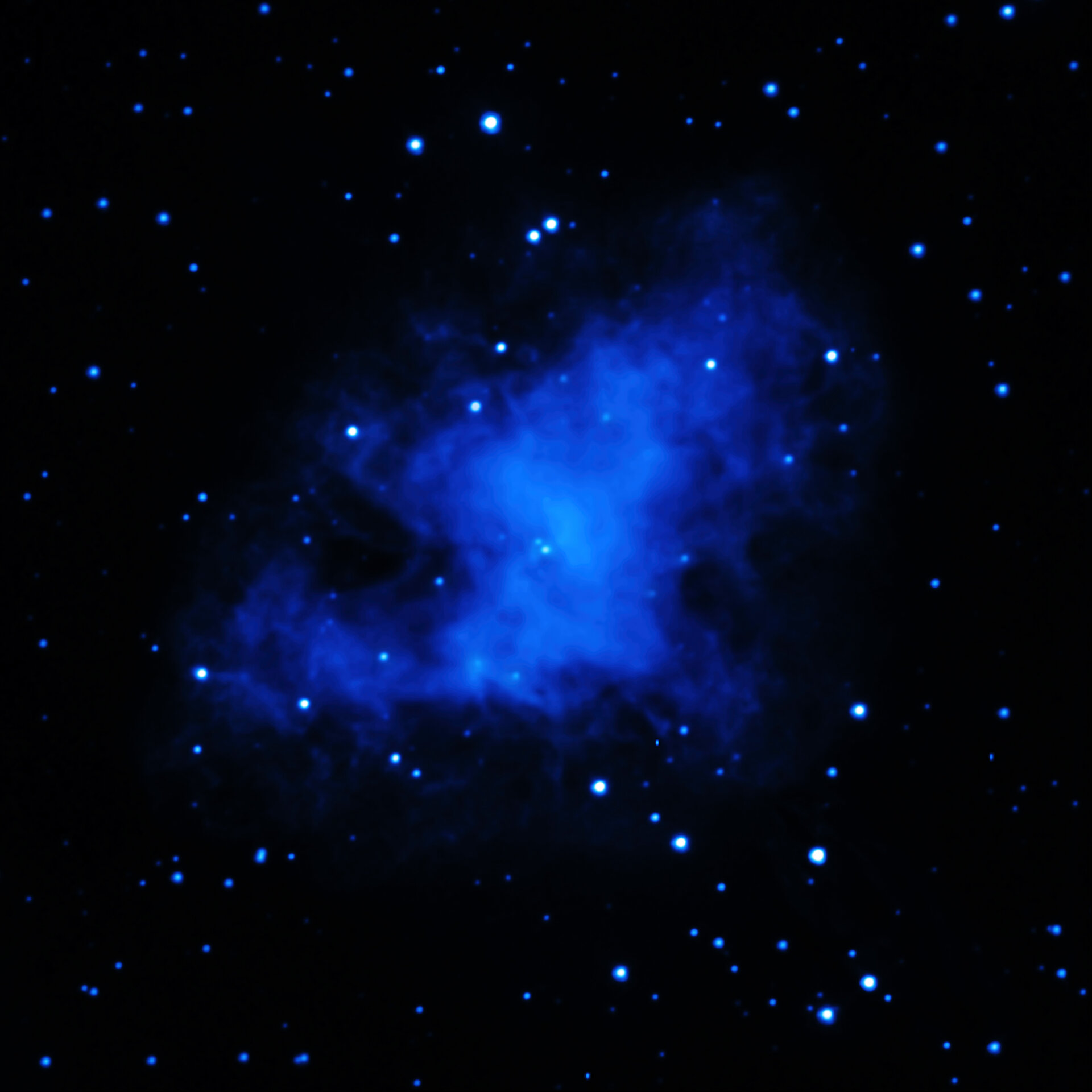 The Crab Nebula is a supernova remnant some 6500 light-years from Earth in the constellation of Taurus. At the centre of the nebula is a pulsar – the remnant of a star that exploded to form the nebula. The pulsar rotates around 30 times a second, sweeping a beam of radio waves across the Galaxy. Some of the material surrounding the pulsar was ejected before the star exploded, and the rest was expelled during the supernova. The wind from the pulsar escapes at high speed, creating a dynamic structure by interacting with the ejected material.

The nebula is currently expanding at around 1500 km/s, as revealed by images taken a few years apart. By tracing this backwards it is possible to pinpoint the year in which the star exploded, and this coincides with observations by Chinese astronomers in 1054 of a star bright enough to be seen during daylight.

The image shown here is in ultraviolet light taken by ESA’s XMM-Newton telescope, which has been surveying the sky since 2000. While this is primarily a telescope for observing X-rays, the Optical Monitor enables optical and ultraviolet observations to be made simultaneously with X-ray observations. The image is a composite of 75 individual images taken between 2001 and 2015. Very few ultraviolet images of the Crab Nebula were available before this one.

The ultraviolet emission is thought to come from ‘synchrotron radiation’, created when atomic particles spiral around magnetic field lines. The XMM-Newton image reveals ‘bays’ indenting the east and west sides of the nebula. It is thought that a magnetised torus of material surrounded the star before it exploded, which then blocked the high-speed particles and thus the synchrotron radiation. The bays are also evident in radio images, although the eastern bay is better defined owing to intricate features around the borders of the radio image.

This image was taken as part of detailed multi-wavelength study of the Crab Nebula, with images also taken in X-rays, radio waves, infrared and optical wavelengths.