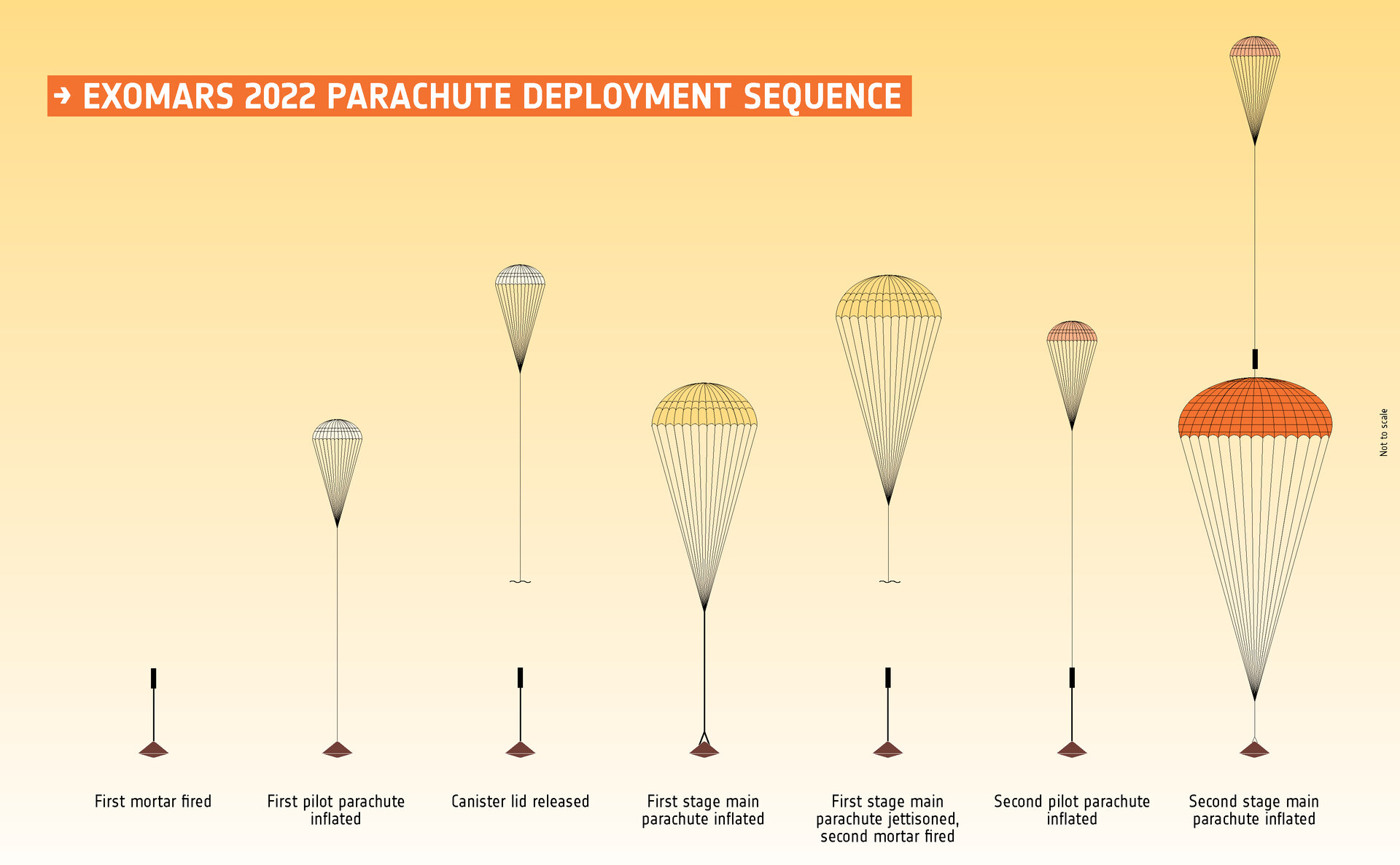 The ExoMars parachute deployment sequence that will deliver a surface platform and rover to the surface of Mars in 2021 (following launch in 2020). The graphic is not to scale, and the colours of the parachutes are for illustrative purposes only.

The graphic highlights the main events concerning the parachutes, a sequence that is initiated after significant slowing of the 3.8 m-wide entry module in the atmosphere with the aeroshell’s heatshields. Then the first pilot parachute is deployed, and shortly after the first main stage parachute, which measures 15 m in diameter and has a disc-gap band design. It will open while the module is still travelling at supersonic speed and will be jettisoned prior to the deployment of the second pilot chute and second stage main parachute once at subsonic speeds. The second stage main parachute has a ring-slot design and is 35 m in diameter, the largest to ever fly on Mars.

The second pilot chute remains attached to the main parachute in order to prevent rebound of the deployed parachute. During latter stages of the descent (not pictured) the aeroshell’s front heatshield will be discarded, and the landing platform will be released for its final descent and propulsive braking phase. Once safely on the surface, it will subsequently deploy ramps for the rover to drive down and on to Mars.