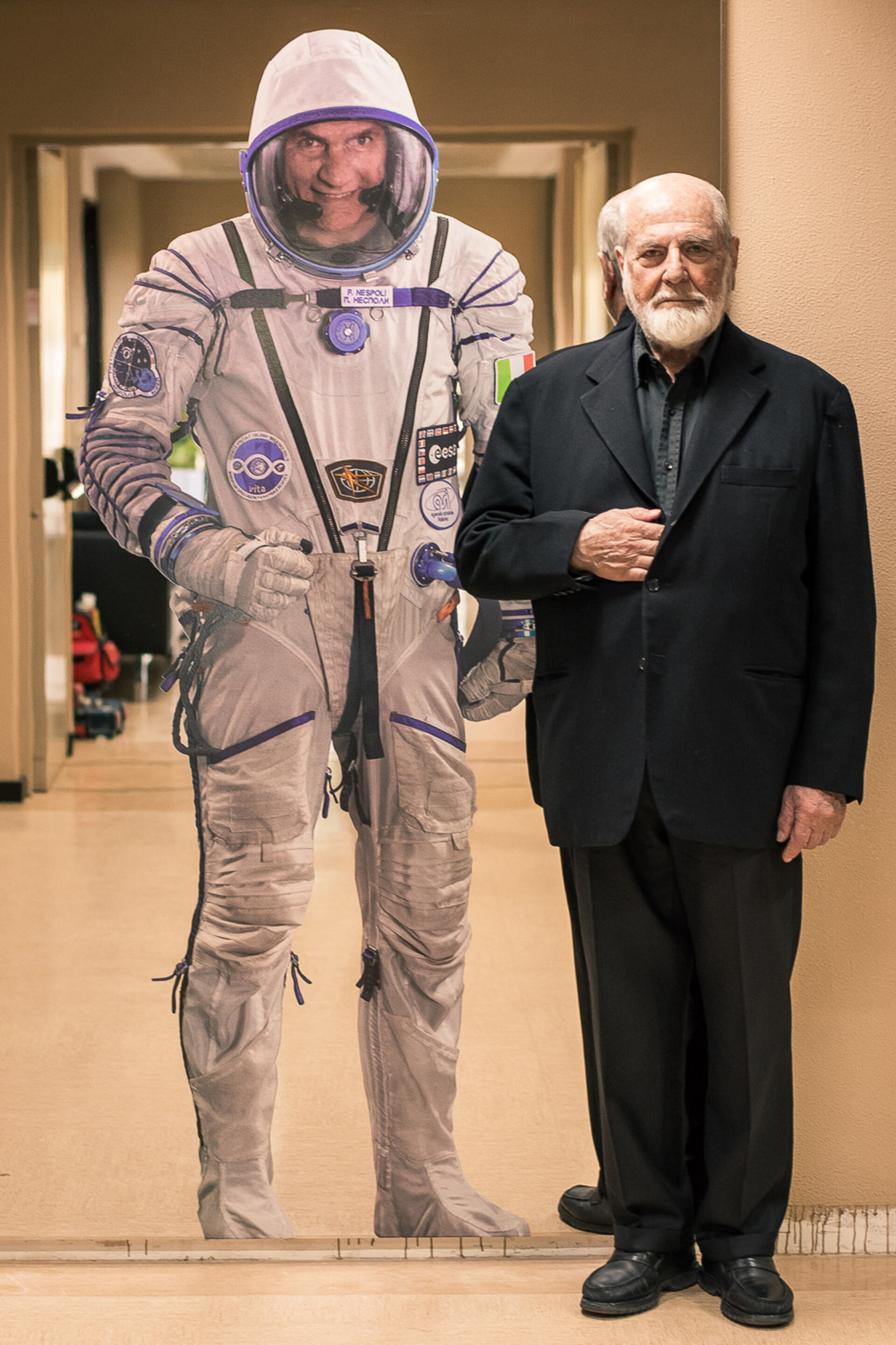 Inauguration of the ‘Mirrored Painting’

The inauguration of the ‘Mirrored Painting’ by Italian artist Michelangelo Pistoletto, entitled 'Ritratto di Paolo Nespoli - Astronauta, Missione VITA', took place on 28 March 2018 at ESRIN, ESA’s centre for Earth observation in Frascati, Italy, as the climax of a joint initiative and a permanent symbol of the important link between space and art. The event hosted by the Head of ESA ESRIN and ESA's Director of Earth Observation Programmes Josef Aschbacher, was attended by ESA astronaut Paolo Nespoli, Michelangelo Pistoletto, ASI representative Fabrizio Zucchini and RAM radiartemobile representatives Dora Stiefelmeier and Mario Pieroni.

This original piece of art, created by famous artist Michelangelo Pistoletto who is known as one of the founding fathers of the Italian Arte Povera contemporary art movement, features a full-scale representation of ESA astronaut Paolo Nespoli. For Paolo’s VITA mission, ESA and ASI developed original ‘space and art’ initiatives as part of the communication activities to actively involve wider audiences. This began with Pistoletto’s development with ESA of the official patch for Paolo’s mission, which includes the artist’s symbol of his Third Paradise concept in the artwork.

A natural continuation of this cooperation was the ‘SPAC3’ app, which allowed users to select and combine Paolo’s images from space with their own photos. This activity was intended to draw attention to the wellbeing of our planet, and was inspired by the Sustainable Development Goals of the United Nations. These provided the basis for Paolo’s choice of photos, and the app users could respond with their own photos on the same theme.

As a social artwork project, SPAC3 demonstrated that the two worlds of art and science can work together with the common objective of highlighting issues affecting our planet, and showed how involving a wider public could contribute to the vision and become part of this collective work. This joint initiative was made possible via a partnership between ESA and RAM radioartemobile, in cooperation with ASI and Cittadellarte-Fondazione Pistoletto.