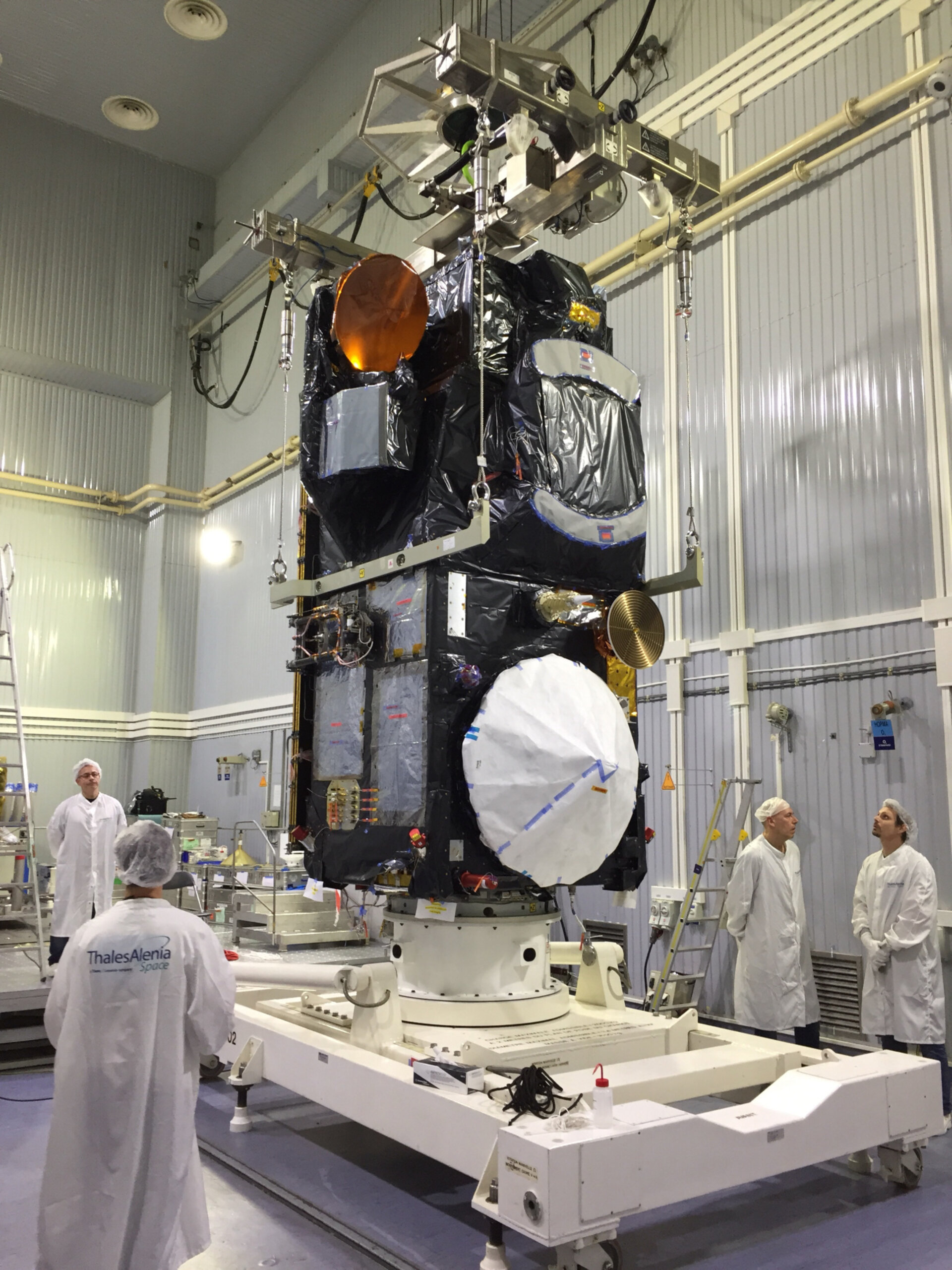 After unpacking the Copernicus Sentinel-3B satellite at the Plesetsk launch site in Russia, the satellite was placed on the tilting dolly and put into a vertical position for testing. Over the following weeks, the satellite will be tested and prepared for liftoff, which is scheduled for 25 April 2018. Sentinel-3B will join its twin, Sentinel-3A, in orbit. The pairing of identical satellites provides the best coverage and data delivery for Europe’s Copernicus programme – the largest environmental monitoring programme in the world. The satellites carry the same suite of cutting-edge instruments to measure oceans, land, ice and atmosphere.