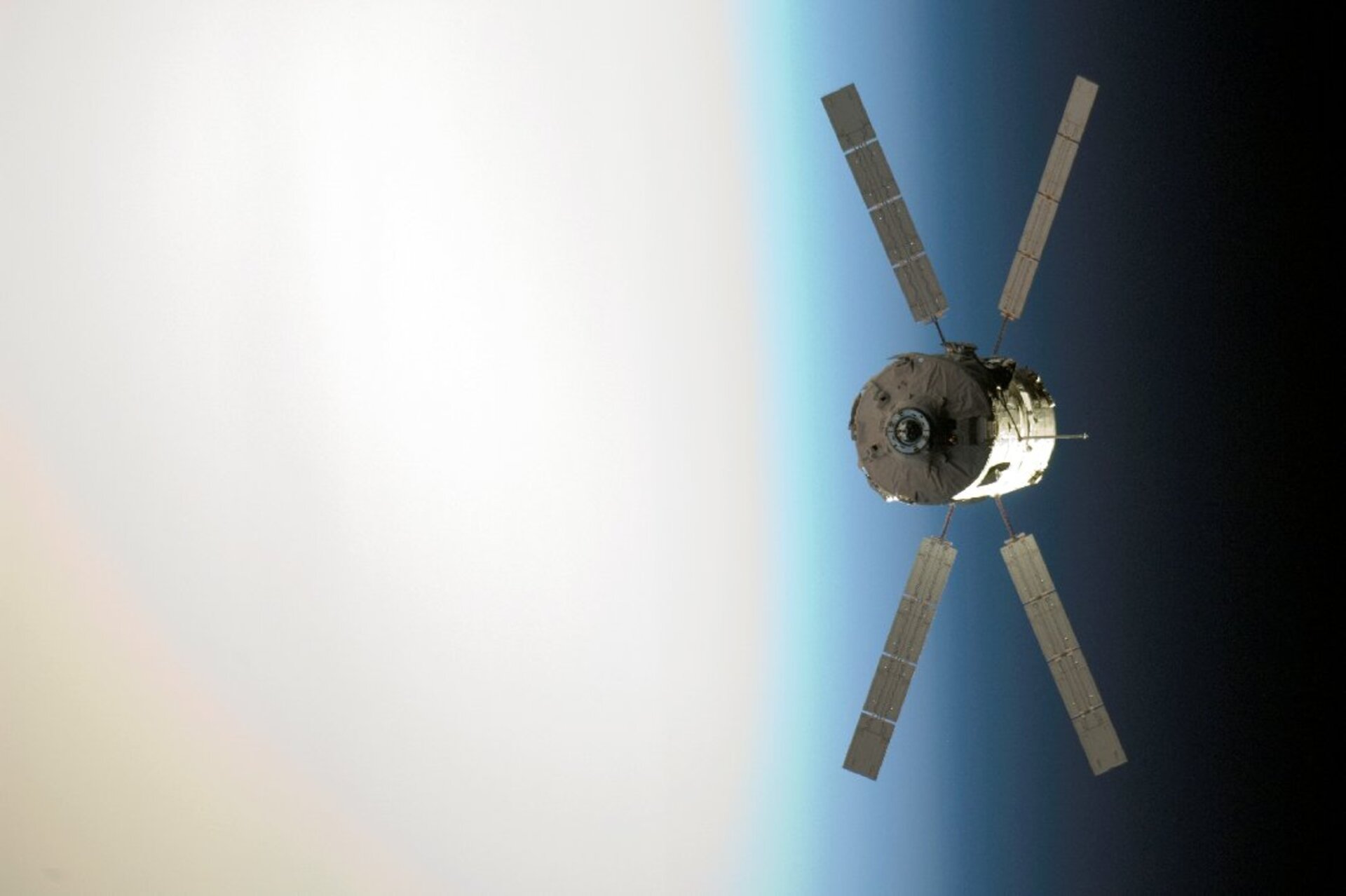 Launched 10 years ago on 9 March 2008, the maiden cargo ferry was named after the 19th-century French author and visionary, Jules Verne, who fascinated millions of young people and inspired space scientists and explorers with his extraordinary stories.

While it didn’t take the spacecraft 80 days to go around the world and reach the Space Station, it was nevertheless an extraordinary voyage.

Its task was to demonstrate that ATV could accomplish cargo flights to the International Space Station safely and reliably, and that all the advanced technologies work as planned. As the pioneer, its mission was deliberately more demanding than the flights of its successors.

Launched on an Ariane 5 rocket, ATV-1 spent 30 days in orbit before docking to the Space Station. During that time, it proved itself by navigating to the Station, and practising avoidance manoeuvres and proximity control. All the while it was being closely monitored by ATV Control Centre at the CNES French space agency site in Toulouse, France.

Jules Verne docked to the Space Station on 3 April and delivered equipment and spare parts, as well as food, air and water for the crew. Like all ATVs, it remained attached for about six months before undocking for a controlled destructive reentry into Earth’s atmosphere.

Four more ATVs carried 6.6 tonnes of cargo about every 17 months to the orbital outpost.

In addition to cargo delivery, ATV regularly boosted the Station into a higher orbit to overcome the effects of the faint drag of Earth’s upper atmosphere – the Station loses up to several hundred metres in altitude every day. To perform these manoeuvres, ATV carried up to 4 tonnes of propellant.

The five successful ATV missions proved the sophistication of this European spacecraft and, like the Columbus module, demonstrated European capability and excellence in space exploration.

The programme laid the foundation for ESA’s participation in the Orion programme that will take Europe, in collaboration with international partner NASA, beyond low Earth orbit.

ESA is developing the European Service Module that will power the Orion spacecraft to carry humans back to the Moon and beyond.