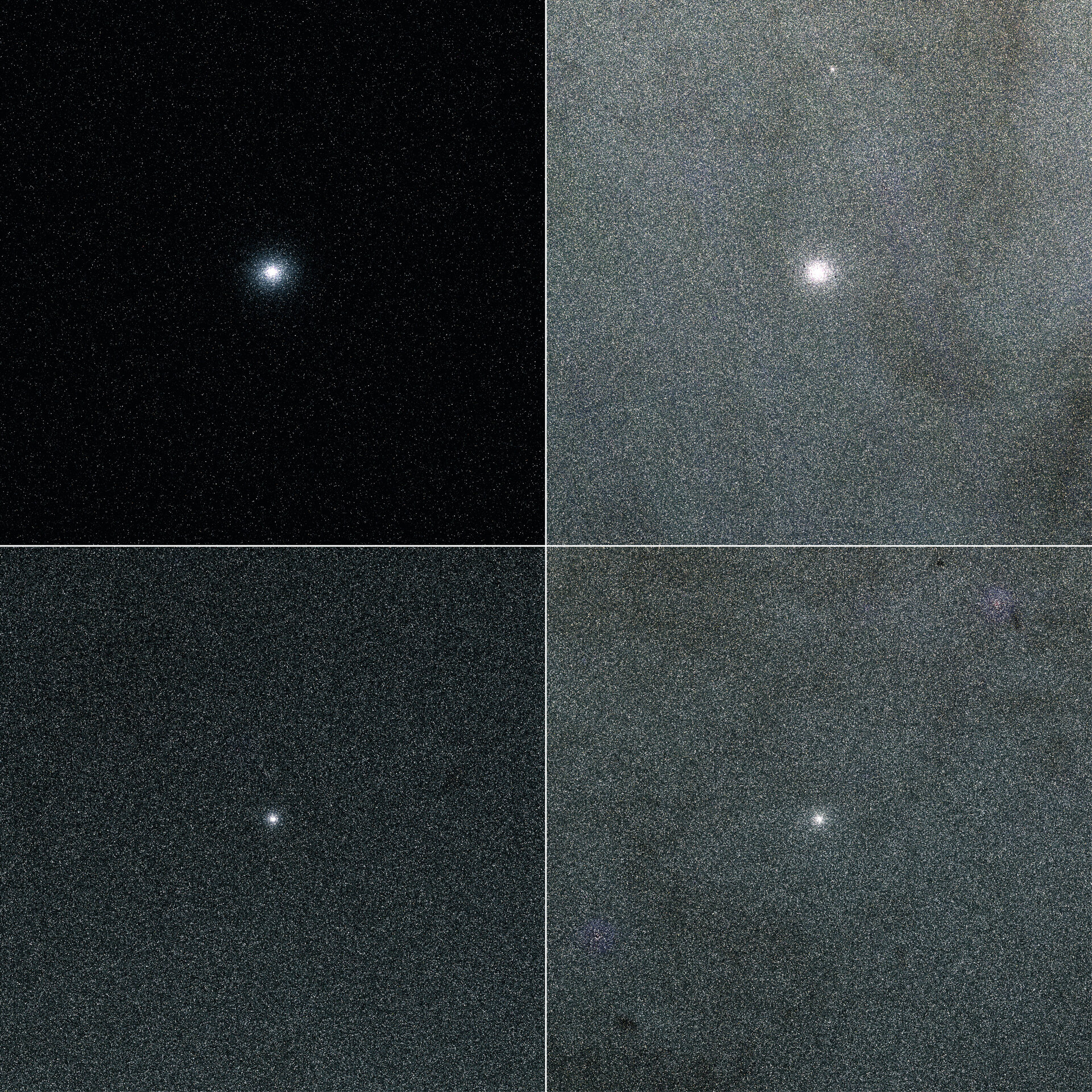 Four globular clusters, as viewed by ESA’s Gaia satellite using information from the mission’s second data release. Globular clusters are ancient systems of stars, thought to date to the very origin of our Milky Way galaxy. As such, they are ‘fossils’ from the early stages of construction of our galactic home.

The globular clusters in this mosaic are known as NGC 5904 (top left), NGC 6656 (top right), NGC 6779 (bottom left) and NGC 6838 (bottom right).They orbit the centre of the Galaxy and are often found in the Galactic halo, far away from the disc of our Milky Way, where our Sun resides. Using data from Gaia’s second release, astronomers have measured the motion of 75 globular clusters in the halo of the Milky Way.

These views are not photographs but were compiled by mapping the total amount of radiation, or flux, detected by Gaia in each pixel. Each image combines flux information taken through different filters on the spacecraft to generate colour information.