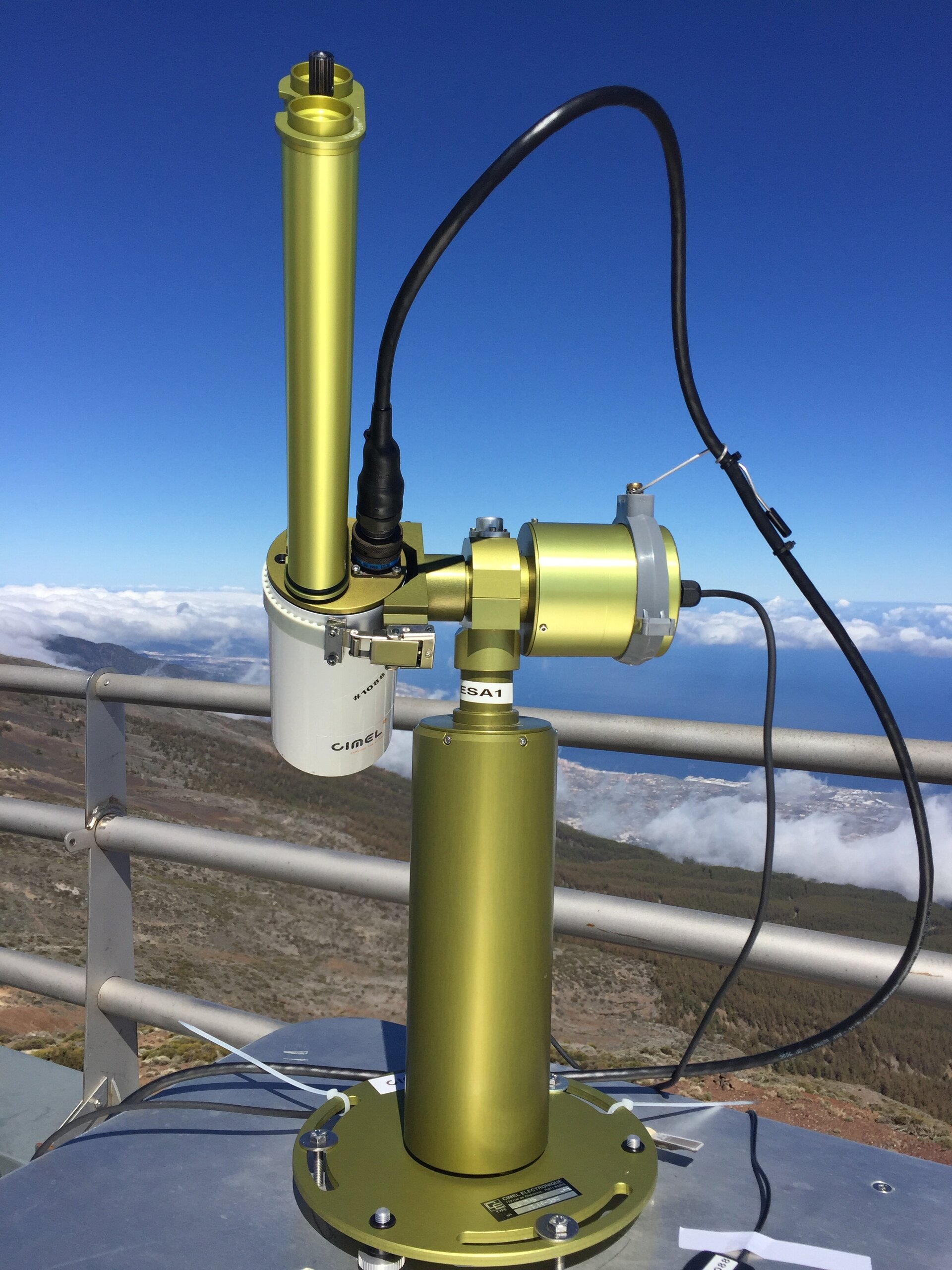 This instrument to gather data for improved lunar calibration of Earth-observing instruments has been installed on Mount Teide. It is a solar photometer, similar to those used by a global network measuring aerosols in the atmosphere. This one, however, has been specially adapted to work during the night instead of the day, measuring moonlight instead. It will operate from at the Izaña Atmospheric Observatory during the six months around winter, at around 2km altitude, then be moved to the top of Mount Teide in summer time, at about 3.5 km altitude.