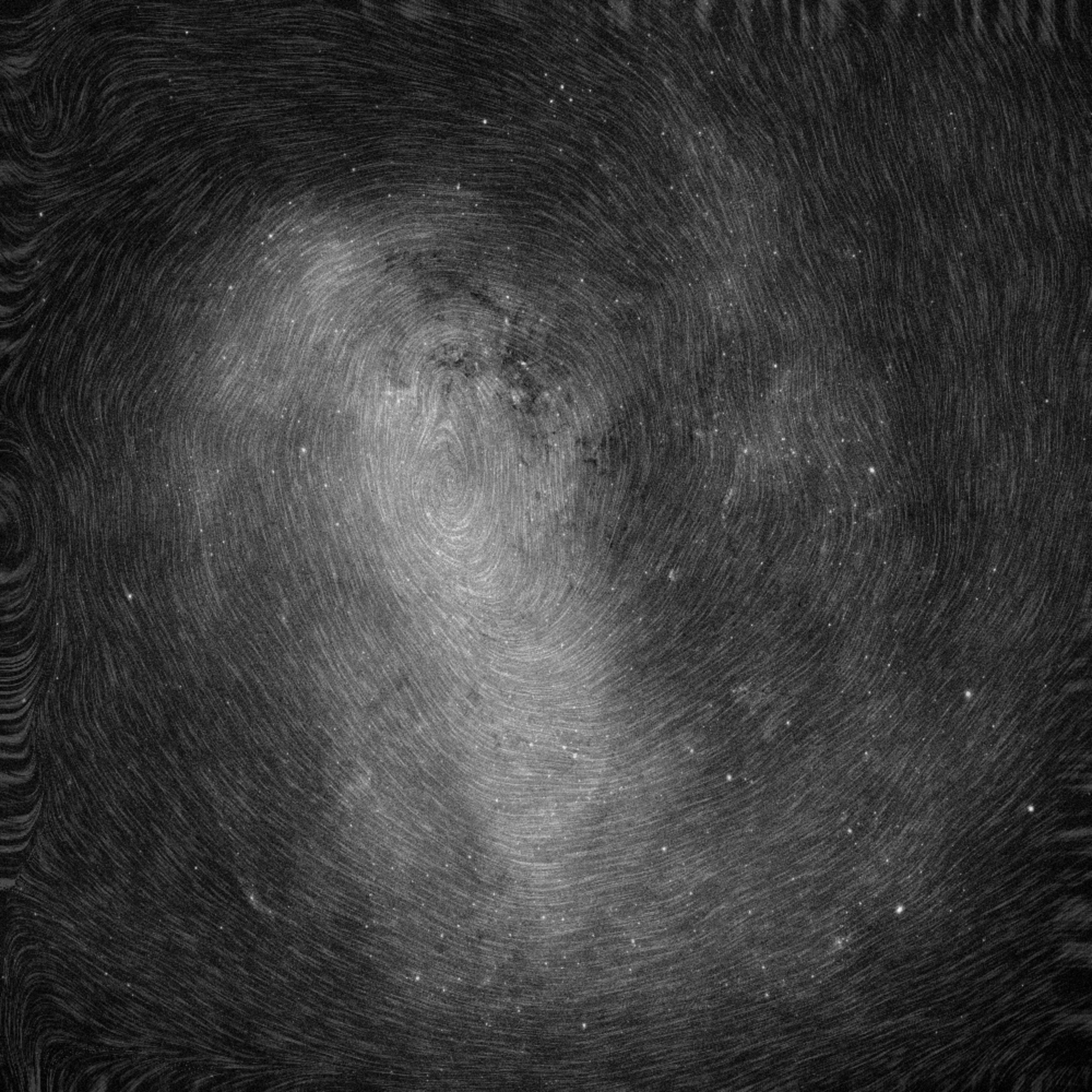 Rotation of the Large Magellanic Cloud

To put that vast number into context, if you were to count ‘only’ to one billion at a rate of one count per second, it would take more than 30 years. The new data will surely keep astronomers busy for even longer.

The dataset has already revealed fine details about the make-up of the Milky Way’s stellar population and about how stars move, essential information for investigating the formation and evolution of our home Galaxy.

The treasure trove of data also includes information about stars beyond our own Galaxy. One example is illustrated in this image, which focuses on one of the nearest galaxies to our Milky Way, the Large Magellanic Cloud, or LMC.

This image combines the total density of stars detected by Gaia in each pixel with information about the proper motion of stars – their velocity across the sky – which is represented as the texture of the image, giving it a fingerprint-like appearance.

Measuring the proper motion of several million stars in the LMC, astronomers were able to see an imprint of the stars rotating clockwise around the centre of the galaxy. The impression of motion is evoked by the swirling nature of the line texture.

Astronomers are interested to derive the orbits of globular clusters – ancient systems of stars bound together by gravity and found in the halo of the Milky Way – and dwarf galaxies that revolve around the Milky Way. This will provide all-important information to study the past evolution of our Galaxy and its environment.

A similar view based on the total amount of radiation detected by Gaia and colour information about the stars is available here, and an animated view of the rotation of stars within the Large Magellanic Cloud is available here.