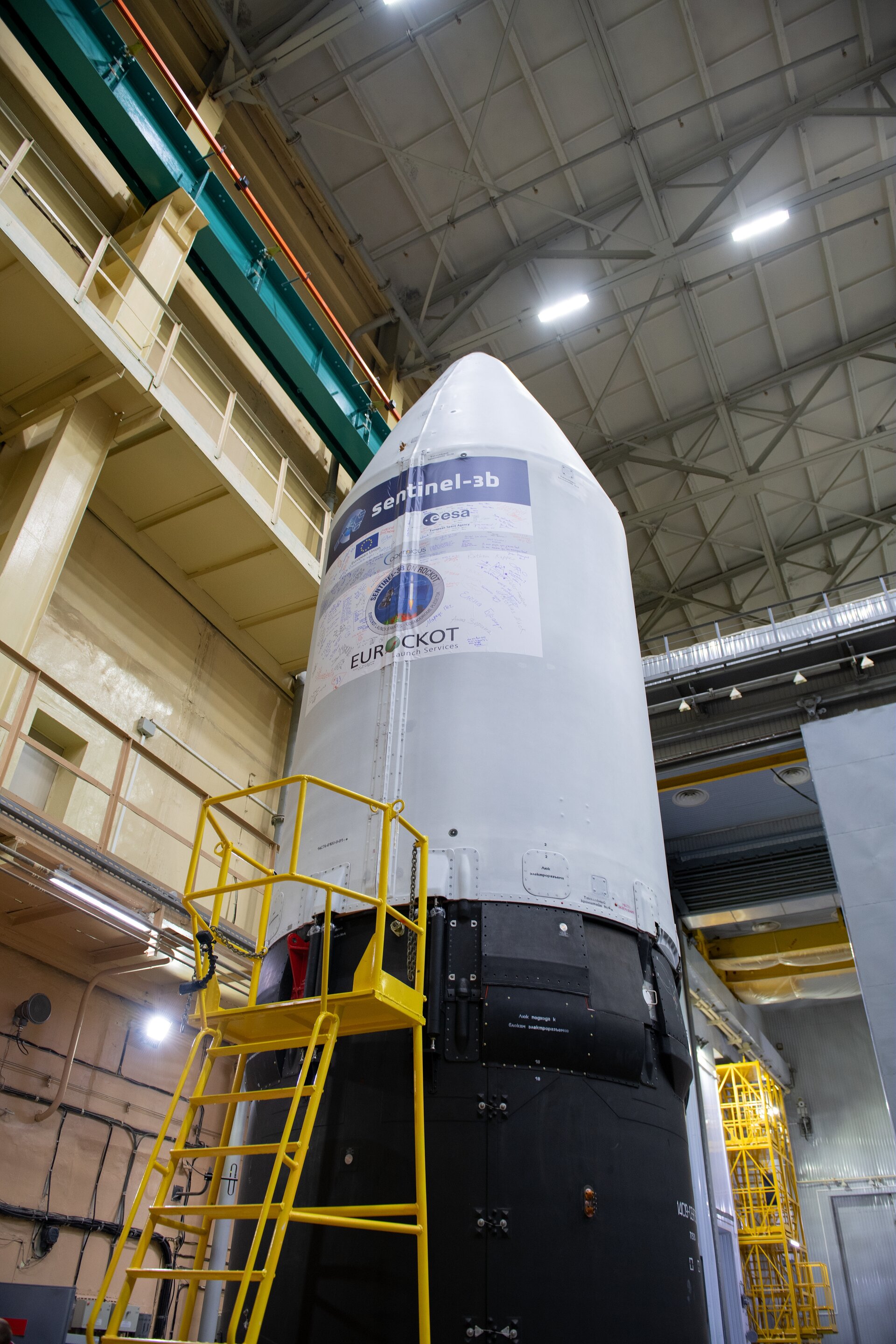 Sentinel-3B ready for roll out

The Copernicus Sentinel-3B satellite cocooned in its rocket fairing has been moved from the cleanroom at the Plesetsk launch site to the general hall, ready to be placed on the train that will take it to the launch pad.

Sentinel-3B will ride into space on a Rockot on 25 April at 17:57 GMT (19:57 CEST). In orbit it will join its identical twin, Sentinel-3A, which was launched in 2016. This pairing of satellites provides the best coverage and data delivery for Copernicus. Sentinel-3B is the seventh Sentinel satellite to be launched for Copernicus. Its launch will complete the constellation of the first set of Sentinel missions for Europe’s Copernicus programme.