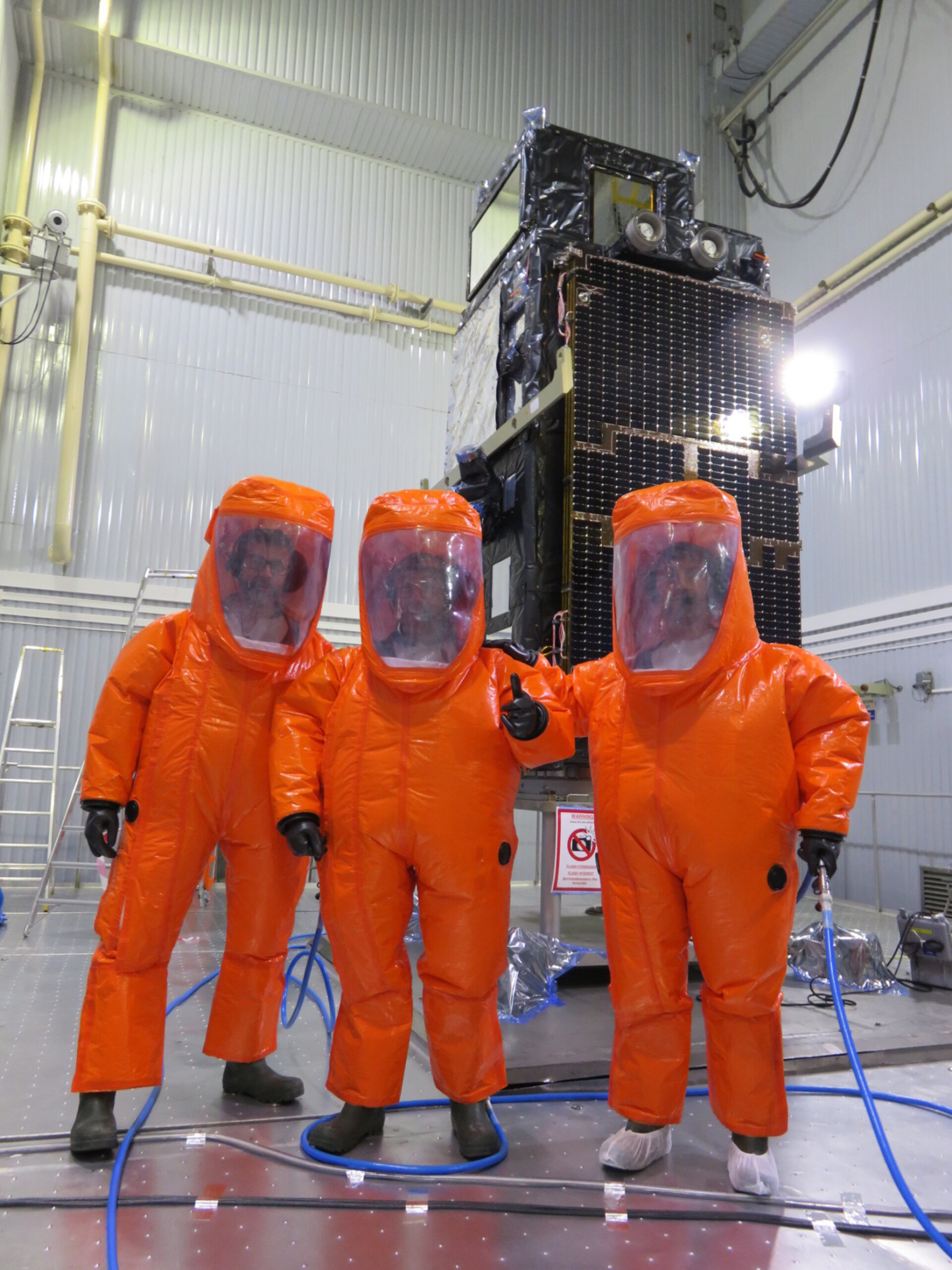 Suited and booted to fuel Sentinel-3B

The fuelling team suited and booted and ready to load the Copernicus Sentinel-3B satellite.

Getting a satellite ready to be launched involves a long list of jobs, but with the Sentinel-3B satellite now fuelled, this particular ‘to do’ list is significantly shorter. And, importantly, all is on track for liftoff on 25 April.

The team of propulsion experts spent two days carrying out the tricky task of fuelling the satellite with 130 kg of hydrazine and pressurising the tank.

Since hydrazine is extremely toxic, only specialists remained in the cleanroom for the duration. A doctor and security staff waited nearby with an ambulance and fire engine ready to respond to any problems.