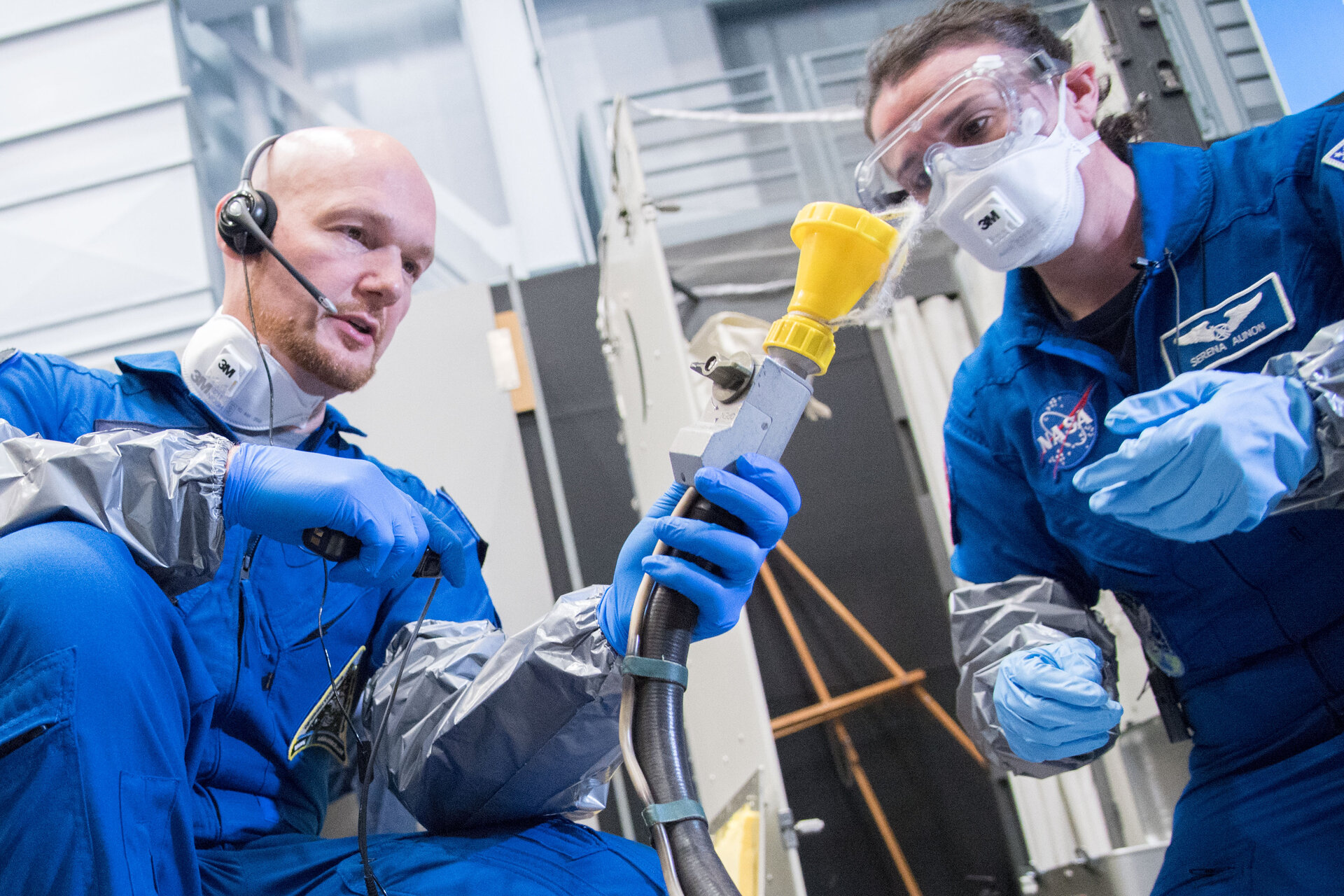 This image of Expedition 56/57 crewmembers ESA astronaut Alexander Gerst and NASA astronaut Serena Auñón-Chancellor might pose a question or two. The short answer: the two astronauts are training at NASA’s Johnson Space Center in Houston, USA ahead of their launch to the International Space Station. Read on for the long answer.

Along with cosmonaut Sergei Prokopyev, Alexander and Serena will be launched to the Space Station in June aboard a Soyuz spacecraft.

Alexander will spend some six months aboard for his Horizons mission, named for its goal of broadening our knowledge of Earth, low-Earth orbit and beyond.

Alexander has an exciting (and packed) schedule of science for Horizons. Over 50 European experiments are planned, targeting areas such as human ageing and medicine, climate, digitalisation and fundamental research.

In addition to furthering our understanding of life in space, these experiments will have beneficial returns for life on Earth.

Alexander will spend the second half of his mission as commander of the Space Station, the second European astronaut to hold this leadership role.

Tune in to Alexander’s final press conference on Tuesday, 17 April at the European Astronaut Centre in Cologne for more on Horizons. The media day promises lightning talks on the planned science as well as a conversation with Alexander on exploration and his role as Station commander. More details and livestream link are available here.

As for the long answer: in addition to being pilots, scientists and technicians, astronauts must also be custodians of the Space Station. There’s no plumber available in orbit, so if the toilet breaks down, they must be able to fix it. Here, Alexander and Serena are learning to do just that. For the curious, the yellow cone is the urine collector and the grey switch turns on the suction.