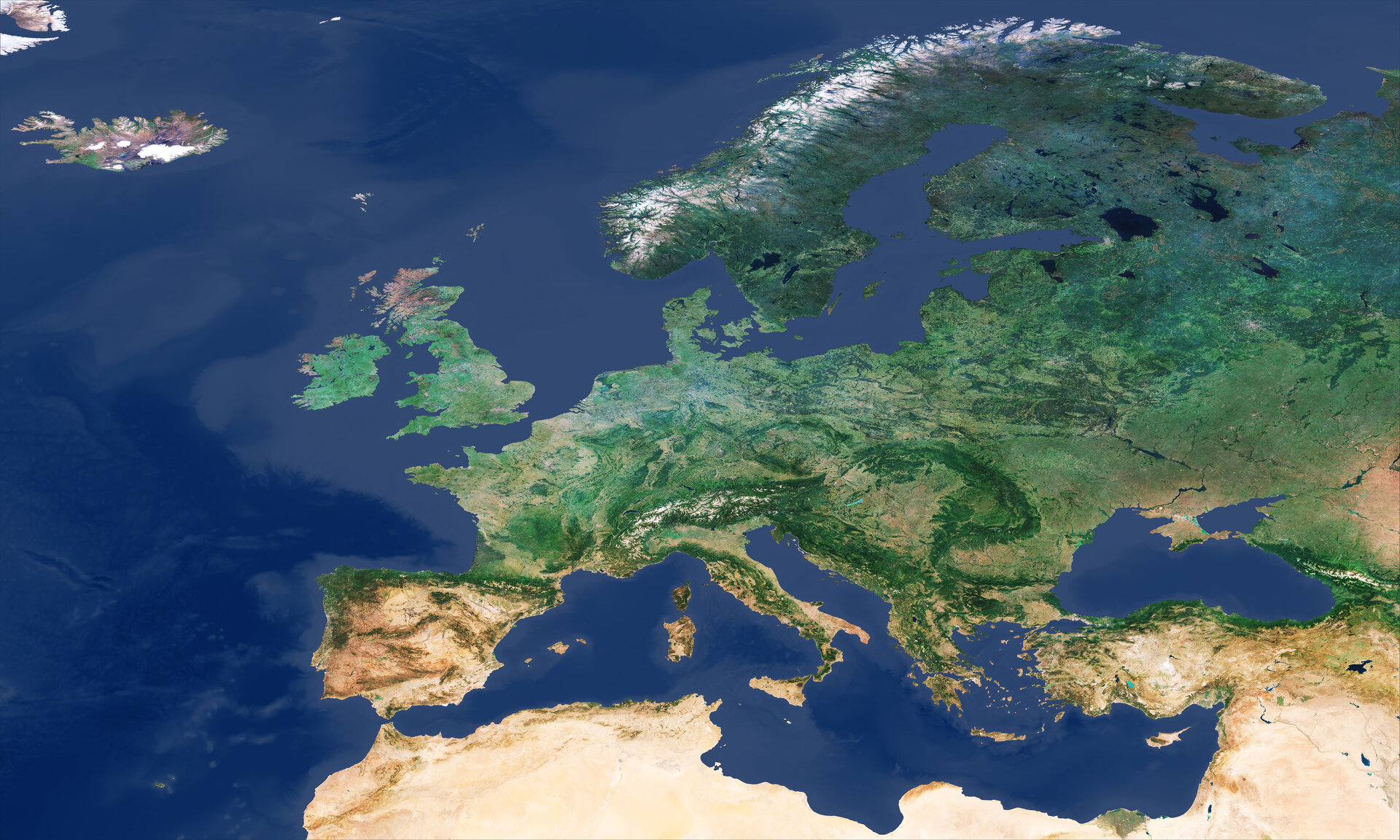 This mosaic of cloud-free images from the Copernicus Sentinel-3A satellite spans the entire continent of Europe and more. The view stretches from Iceland in the northwest across to Scandinavia and Russia in the northeast, and from the northern tips of Norway and Finland to as far south as Algeria, Libya and Egypt.