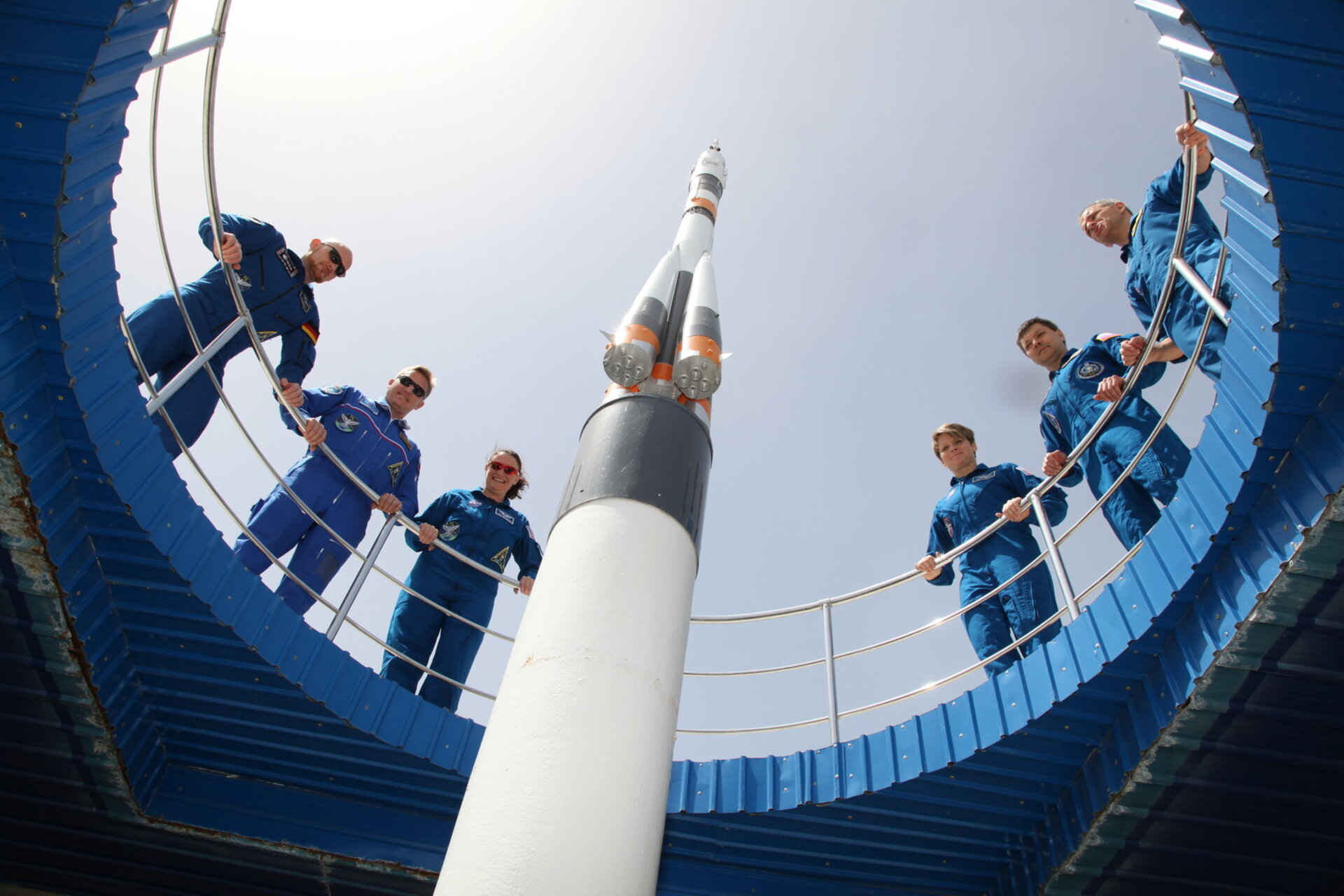 There is both a science and a tradition to spaceflight.

All space farers journeying  aboard the Russian Soyuz spacecraft perform a series of traditions following in the footsteps of the first man in space, Yuri Gagarin.

Starting from their arrival at Baikonur about two weeks before launch, Soyuz astronauts rehearse their launch, inspect their spacecraft, and complete a series of traditions in honour of Gagarin.

Behind the hotel buildings, leading to banks of the Syr Darya River, there is an avenue of trees. A tree is planted here by each person who has flown from the Baikonur cosmodrome into space.

Crews walk in this avenue, now expanded into a park, and plant their own trees.

As Alexander has already flown before in 2014, he did not plant a new tree. The backup crew observed but did not plant their own trees. They will do so when it is their turn to fly.

Afterwards, the crews paused to take this photo next to a model Soyuz rocket located at the end of Cosmonauts Alley.

The actual Soyuz launcher, with the Soyuz spacecraft inside, is rolled to the launchpad on a special railway carriage exactly 48 hours before launch, at 7:00 local time in Kazakhstan.

The primary crew will not see the roll-out of the Soyuz rocket on the launchpad, as this is considered bad luck.

With just a little over a week to go before the 6 June launch, Alexander and his colleagues will participate in more traditions such visiting the Cosmodrome museum, watching the film White Sun of the Desert, and more traditions on the actual launch date such as a blessing by a Russian orthodox priest.

Follow Alexander during his Horizons mission via social media and the blog here.