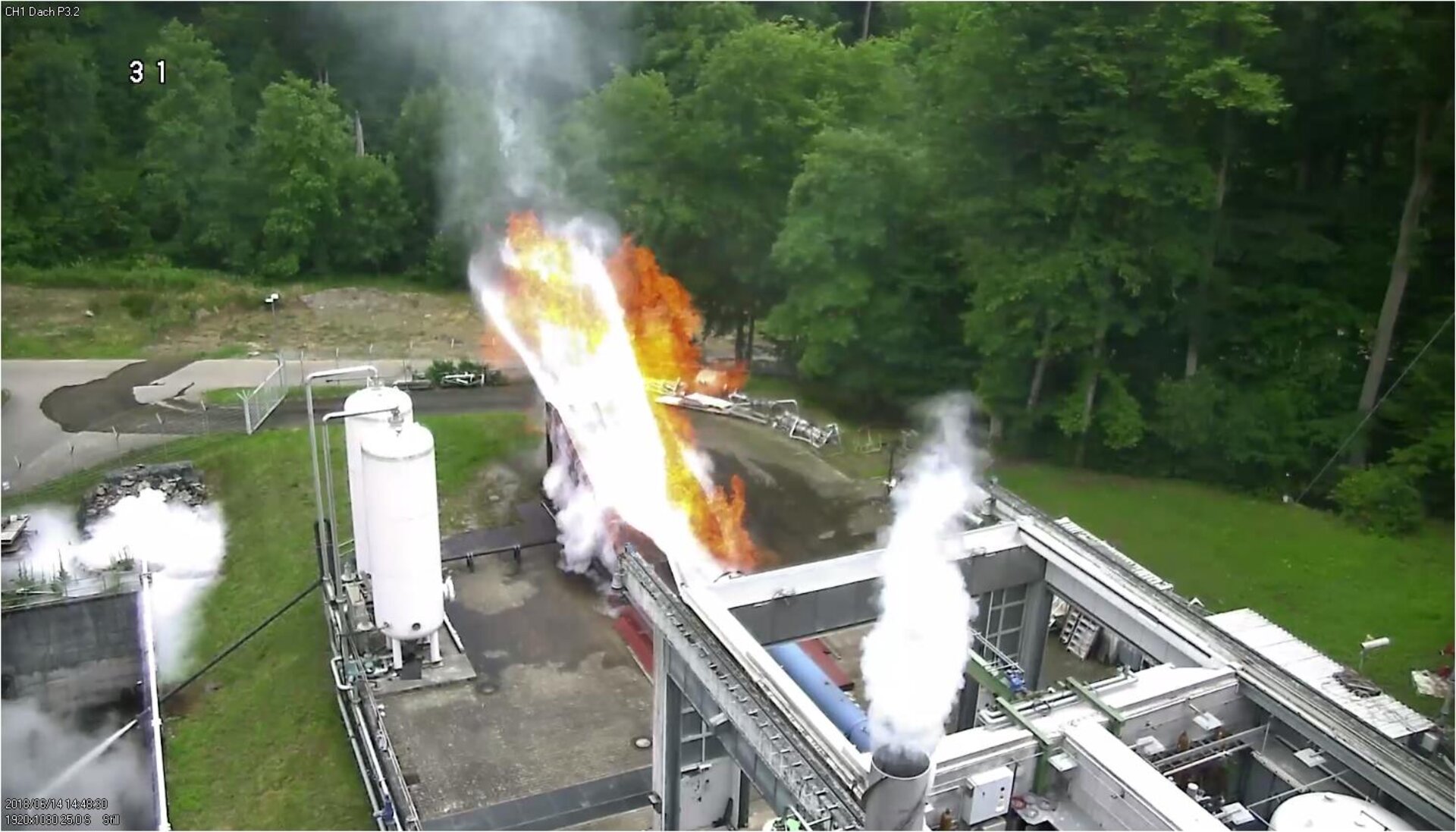 An engine technology demonstrator was integrated in the P3.2 vacuum chamber at the DLR German Aerospace Center test facility in Lampoldshausen for a first hot fire test on 14 June 2018. This was the first in a series of planned tests guiding Europe’s next-generation upper-stage rocket engine design.

By the end of the year, the Expander-cycle Technology Integrated Demonstrator, or ETID, will be ignited 20 times with each firing lasting up to 120 seconds on a test stand that provides a near-vacuum environment similar to space.

Engineers will use the results from the test campaign to determine the hardware characteristics, including a precise thrust measurement to determine its “specific impulse” – indicating the exact performance of the engine design. Its results also have relevance for the in-development Vinci engine, which powers the upper stage of Ariane 6.

ETID is a precursor of the next generation of 10-tonne rocket engines.

Led by ArianeGroup in Germany, the ETID project is part of ESA’s Future Launchers Preparatory Programme.