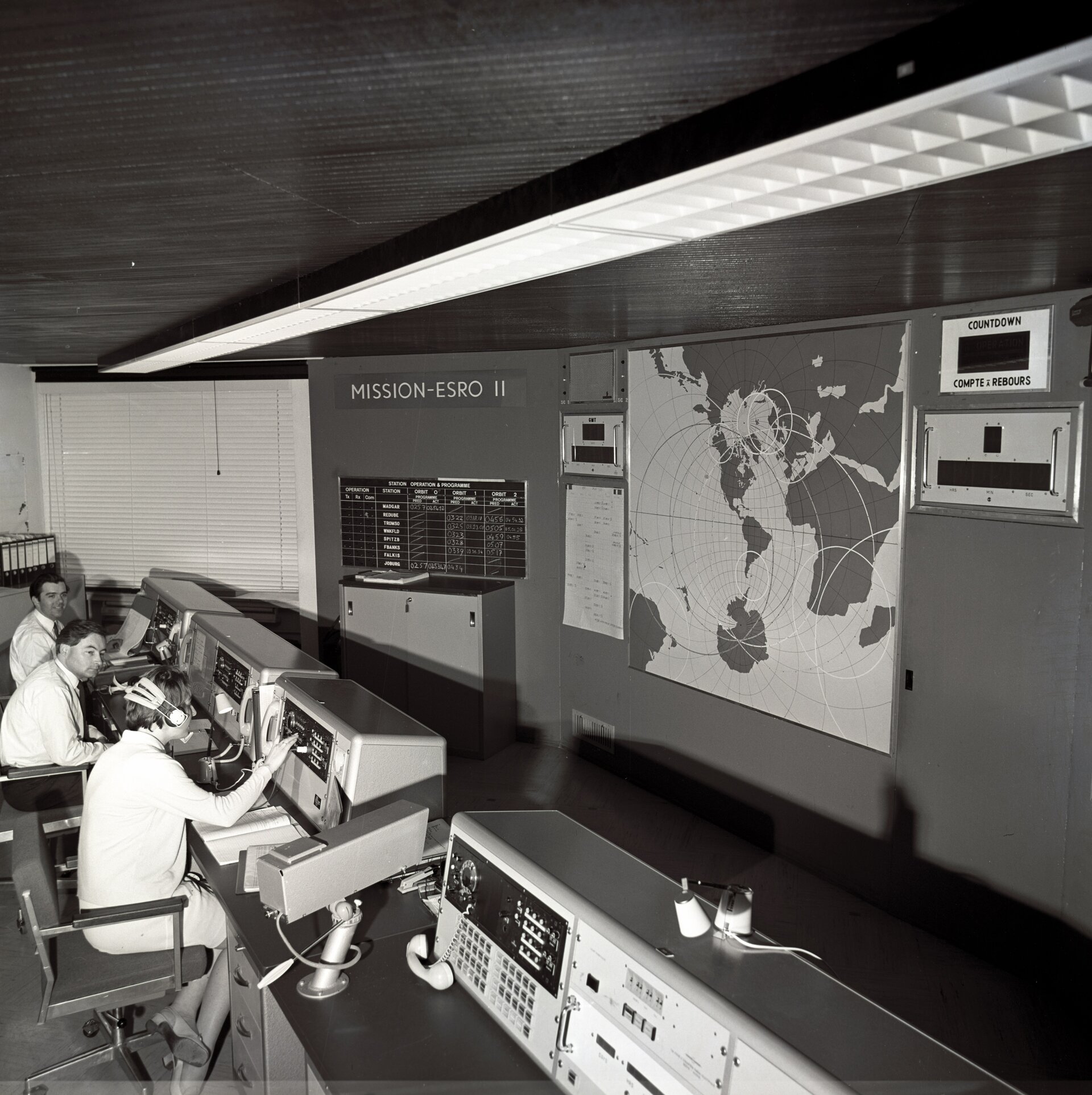 On 17 May 1968, ESA’s predecessor, the European Space Research Organisation (ESRO), launched ESRO-2B – an 86kg cylindrical spacecraft designed to study X-rays from our closest star, the Sun, and cosmic rays from the rest of the Universe.

The ESRO-2 satellites were the first developed by ESRO, with ESRO-2B launched after ESRO-2A failed to reach orbit around Earth, becoming the first mission controlled by teams at the European Space Operations Centre (ESOC) in Darmstadt, Germany.

Also known as the International Radiation Investigation Satellite, ESRO-2B was launched with the Scout B rocket from Vandernberg Air Force Base in California.

The launch of the first European satellites on US rockets came after an offer from NASA to fly these first two satellites free of charge, as a ‘christening gift’ to ESRO.

Powered by 3456 solar cells ESRO-2B was designed to work for one year, however it continued to return data until it re-entered Earth’s atmosphere on 9 May 1971 after completing 16,282 orbits.

ESRO’s first satellites concentrated on solar and cosmic radiation and their interaction with the Earth and its magnetosphere. While ESRO-2B was designed for solar observations, it is also credited with the detection of X-rays from non-solar sources.