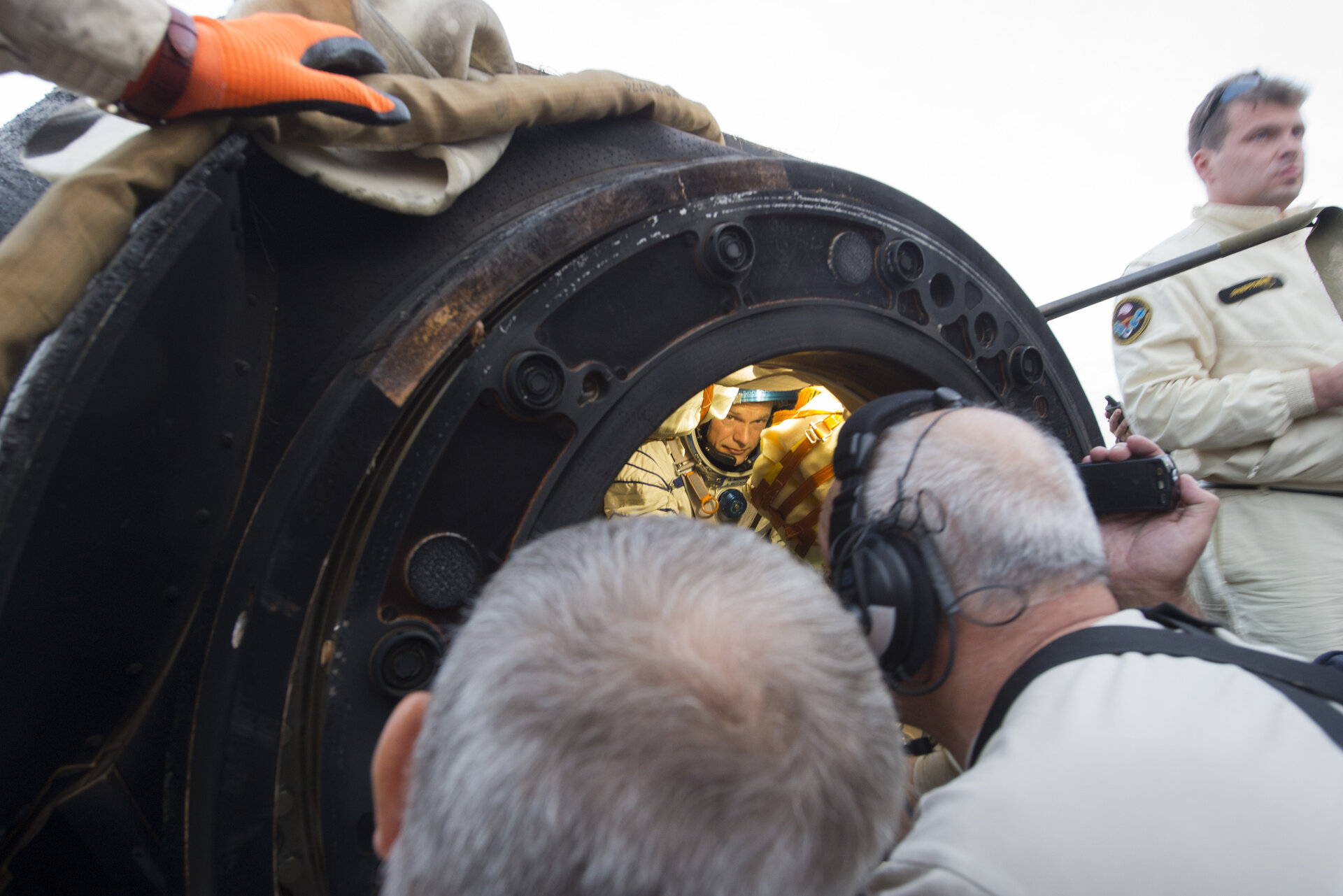 The last time ESA astronaut Andreas Mogensen saw a Soyuz, he and his fellow crewmembers were making their fiery reentry to Earth in the reliable spacecraft, landing in the Kazakh steppe in the early hours of the morning on 12 September 2015.

Today, nearly three years later Andreas reunites with the Soyuz TMA-18M capsule that launched him to space at the Danish Museum of Science and Technology in Copenhagen.

Andreas became Denmark’s first astronaut when he embarked on the intense 10-day ‘iriss’ mission to the International Space Station in 2015.

The Danish Museum of Science and Technology has acquired the Soyuz capsule and is unveiling it as part of the new exhibition ‘To Space and Back’ opening today.

One of the highlights during Andreas’ mission were the images of thunderstorms from space. He managed to record many kilometre-wide blue flashes around 18 km altitude, including a pulsating blue jet reaching 40 km. A video recorded by Andreas as he flew over the Bay of Bengal at 28 800 km/h on the Station shows the electrical phenomena clearly – a first of its kind.

The photographs and video were evidence of the scientific importance of studying hard-to-observe thunderstorms and other electrical activity in the upper atmosphere from space. It also confirmed the Space Station as a great vantage point 400 km above the clouds.

Now, the Atmosphere-Space Interactions Monitor or ASIM is picking up where Andreas left off. Launched in April this year, ASIM is a collection of optical cameras, light meters and an X- and gamma-ray detector that will measure and document electrical activity in the upper atmosphere.

Science and technology aside, you never forget your ride in a Soyuz, and Andreas is happy to be reunited with it. “It is the first time after my return from the International Space Station that I am able to see the capsule again, something that I have been looking forward to,” said Andreas.

The capsule was unveiled in a ceremony including Danish Prince Joakim and other dignitaries and is on display for all visitors. “A museum like this is what inspires our children and younger generations to pursue a career in science and technology,” Andreas said.

That’s worth the fiery ride alone.

Andreas will be back in Denmark for the opening of the Moon exhibition at the Louisiana Museum of Modern Art in September.