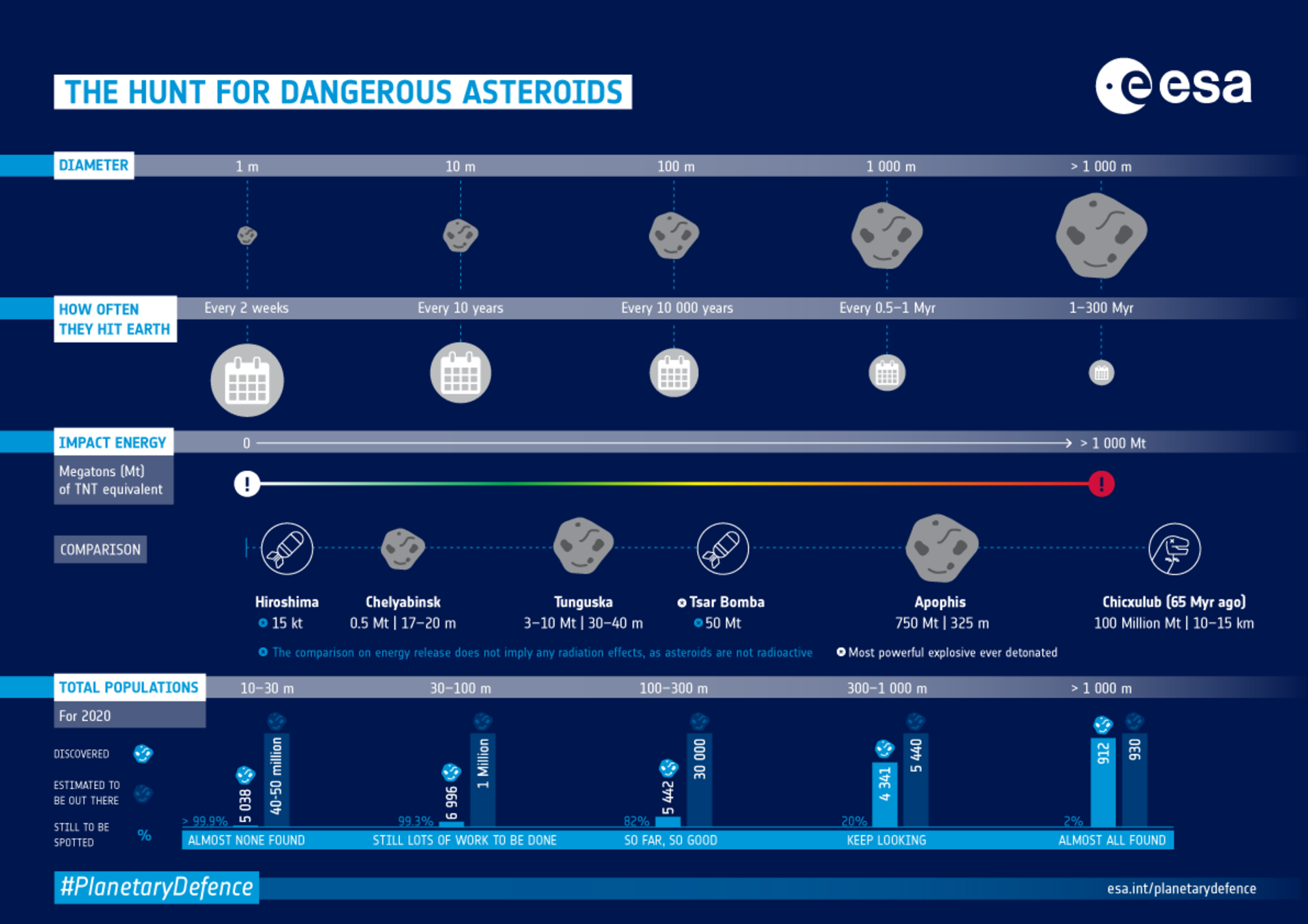 Assessing the threat posed by asteroids or other near-Earth objects (NEO) that come close to the Earth during their orbit around the Sun is a complex process.

At ESA, scientists and engineers at the Agency's NEO Coordination Centre in Italy consider a range of factors in determining whether any asteroid poses a risk. These include the object's trajectory, size, estimated mass and composition, among other factors.

Some asteroids are very large, and would cause enormous destruction if any were to strike Earth, but their estimated population in our Solar System is rather small and more than 90% of these are thought to have been discovered. None of these pose any risk of impact.

Some are very small − below 10 m diameter − and only a tiny fraction of the estimated population of these have been discovered, but any impact would be harmless.

The main challenge stems from the population of middle-size objects, ranging from tens to hundreds of metres in diameter. There are a lot of these asteroids, and most have not been spotted yet. Any impact from one of these could really do damage to a city or a populated area. But if they are discovered early enough, their point of impact could be estimated with a good degree of accuracy, and measures could be taken to protect people.

Today, no known object merits any worry, but many remain undiscovered, so we need to keep searching.