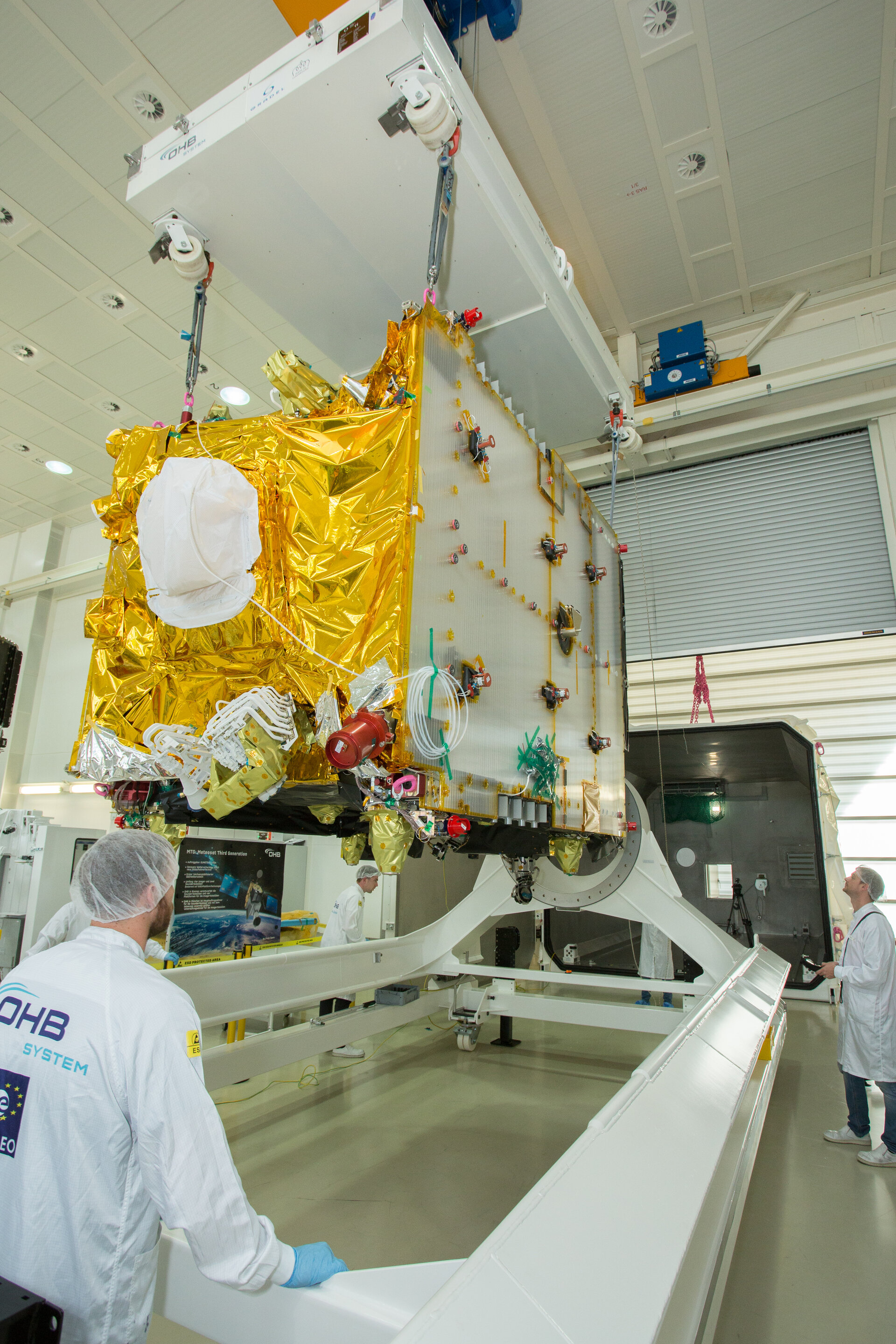 EDRS-C is shown being prepared for shipment from OHB System AG in Bremen, Germany, to IABG in Munich, Germany.

The European Data Relay System is designed to transmit data between low Earth orbiting satellites and the EDRS payloads in geostationary orbit using innovative laser communication technology. By relaying their findings to Europe via EDRS, Earth-observing satellites can transmit their information to the ground in near-realtime as they gather it, instead of having to store it onboard until they travel over one of their own ground stations.