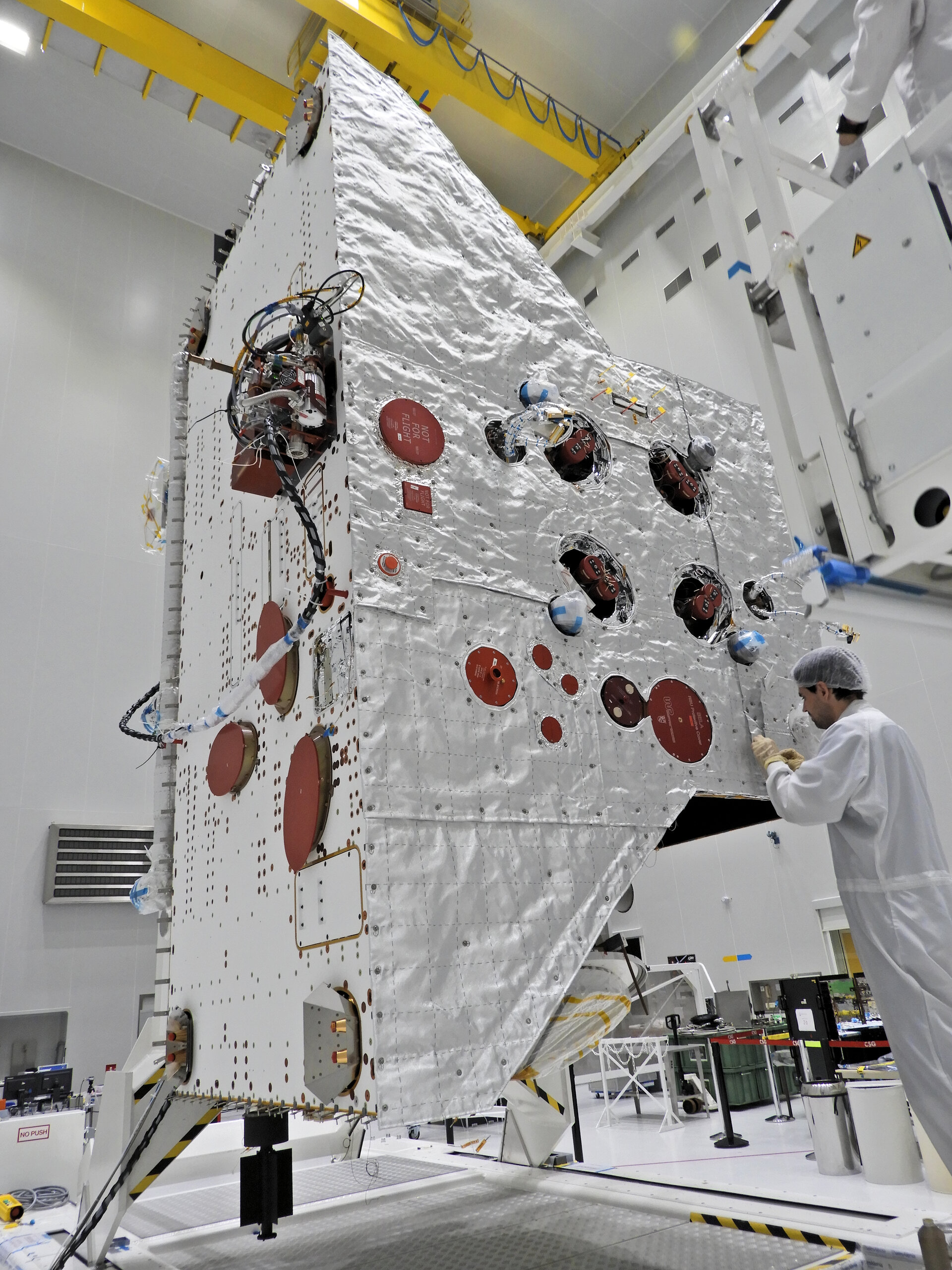 One of the main activities in recent weeks for the BepiColombo team at Europe’s Spaceport in Kourou has been the installation of multi-layered insulation foils and sewing of high-temperature blankets on the Mercury Planetary Orbiter.

The insulation is to protect the spacecraft from the extreme thermal conditions that will be experienced in Mercury orbit.

While conventional multi-layered insulation appears gold-coloured, the upper layer of the module’s striking white high-temperature blanket provides the focus of this image.

The white blankets are made from quartz fibres. Because the fabric is not electrically conductive, to control the build-up of electrostatic charge on the surface of the spacecraft, conducting threads have been woven through the outer layer every 10 cm. The edges of the outer blanket are hand-sewn together once installed on the module, as seen in this image.

The face of the spacecraft the engineer is working on is the panel that will always look at Mercury’s surface and as such many of the science instruments are focused here. This includes the orbiter’s cameras and spectrometers, a laser altimeter and particle analyser.

The panel also has fixtures to connect the module to the Transfer Module during the cruise to Mercury.

The face of the spacecraft pointing to the left in this orientation is the spacecraft radiator, which will eventually be fitted with ‘fins’ designed to reflect heat directionally, allowing the spacecraft to fly at low altitude over the hot surface of the planet. Heat generated by spacecraft subsystems and payload components, as well as heat that comes from the Sun and Mercury and ‘leaks’ through the blankets into the spacecraft, will be conducted to the radiator by heat pipes and ultimately radiated into space.

The oval shapes correlate to star trackers, used for navigation, while a spectrometer is connected with ground support equipment towards the top. At the back of this face, the magnetometer boom can be seen folded against the spacecraft – it has now also been fitted with multi-layered insulation.