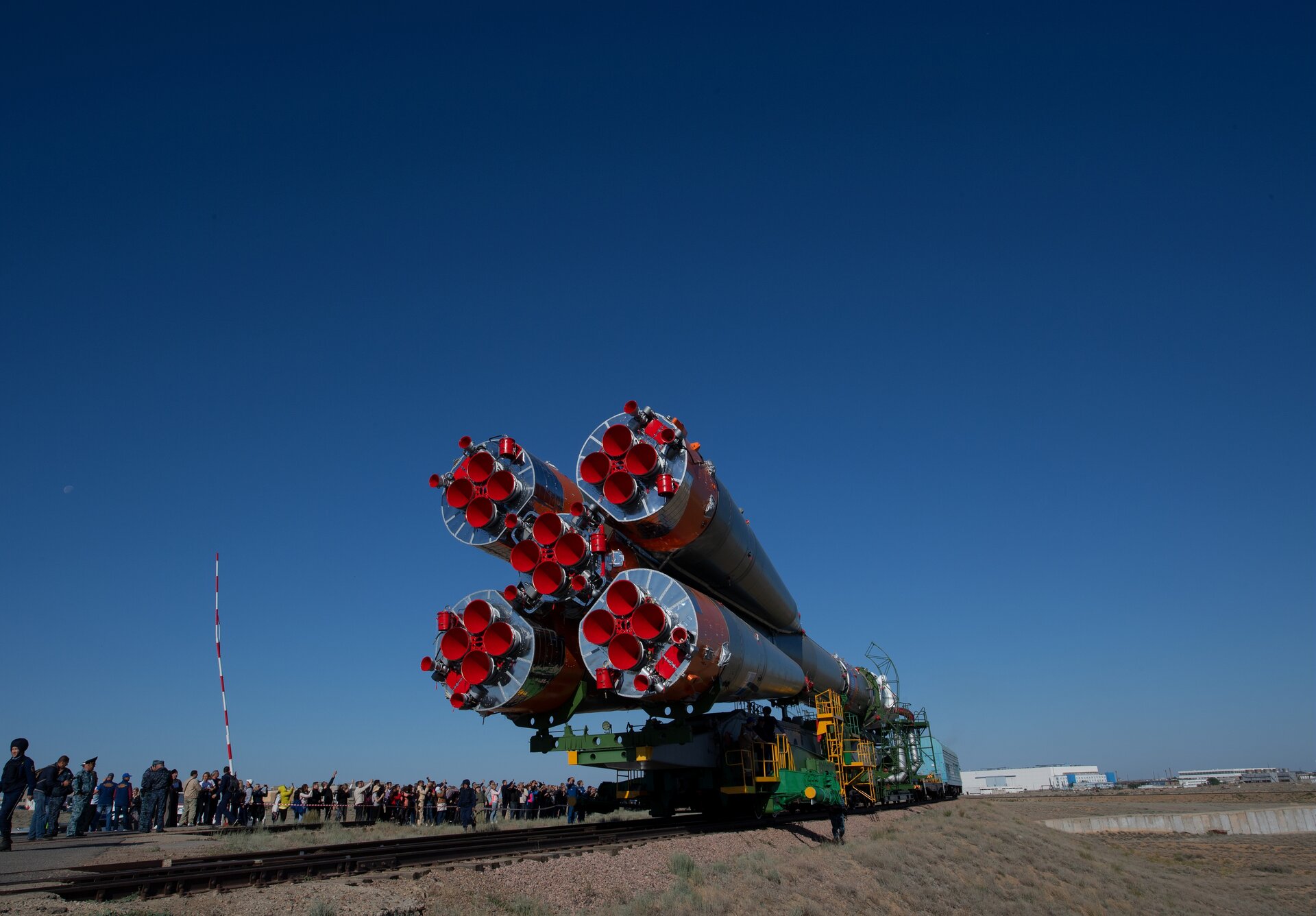 Rollout to the launch pad of the Soyuz rocket with the Soyuz MS-09 spacecraft inside, 4 June 2018. The spacecraft will launch ESA astronaut Alexander Gerst into space alongside NASA astronaut Serena Auñón-Chancellor and Roscosmos commander Sergei Prokopyev from the Baikonur cosmodrome in Kazakhstan on 6 June.

The 50-m tall Soyuz rocket will propell the astronauts to their cruising speed of around 28 800 km/h. Within 10 minutes of rising from the pad, the trio will travel over 1640 km and gain 210 km altitude. Every second for nine minutes after liftoff, the Soyuz spacecraft accelerates 50 km/h on average.

The rocket is rolled to the launch pad on a train and the astronauts are not allowed to see this part of the launch preparation – it is considered bad luck.