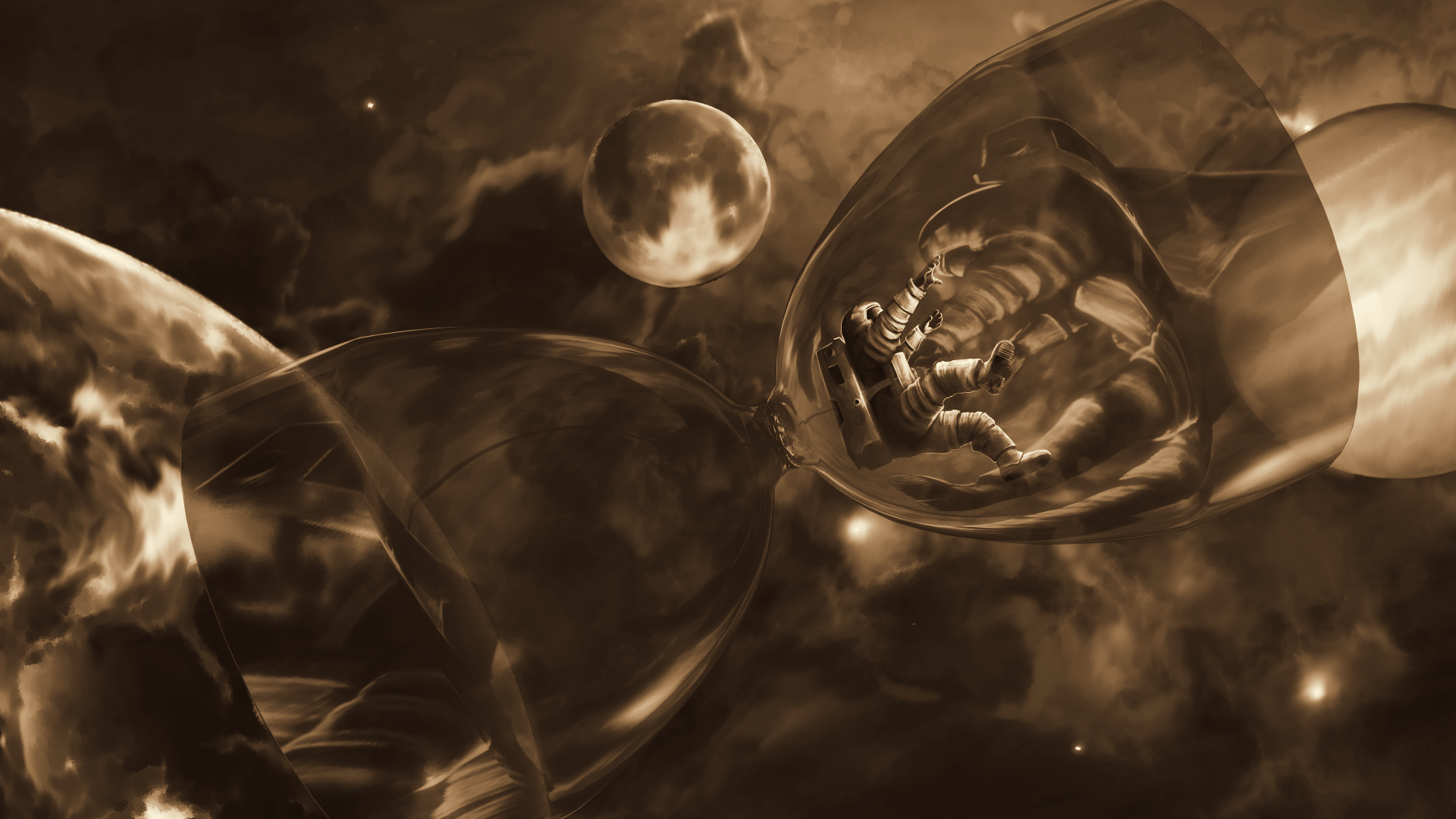 This artist’s rendition of time in space captures the movement, drama, and complexity of this cosmic abstraction.

Time is infamously relative. Whether an activity takes seconds or hours depends on your point of view. For astronauts living off-planet and experiencing roughly 16 sunrises and sunsets a day, the concept of time is even more warped. If astronauts float through space, do they also cruise through an altered sense of time?

The Time experiment on the International Space Station investigates the claim that time subjectively speeds up in microgravity. ESA astronaut Alexander Gerst performed the experiment for the first time last week and will do so again throughout his Horizons mission.

This is an important factor to life both on and off Earth.

Space is and always will be a harsh environment for humans. As homey as the Space Station tries to be, it is light years away from the known comforts of home on Earth. Naturally, this can affect mental health and in turn their cognitive abilities. Being alert and focused in space is crucial to safety. An astronaut misjudging time can delay reaction and risk the safety and success of crews and missions.

Understanding these neurological and psychological triggers that warp our sense of time means countermeasures can be developed to calibrate our mental clocks.

Bringing these countermeasures down to Earth could improve the lives of those who suffer from isolation or confinement, whether real or perceived: the elderly and bedridden, people working shifts or in isolation, mentally-ill patients, and the incarcerated.

Follow more great science being done during Alexander’s mission via the Horizons blog and on social media.