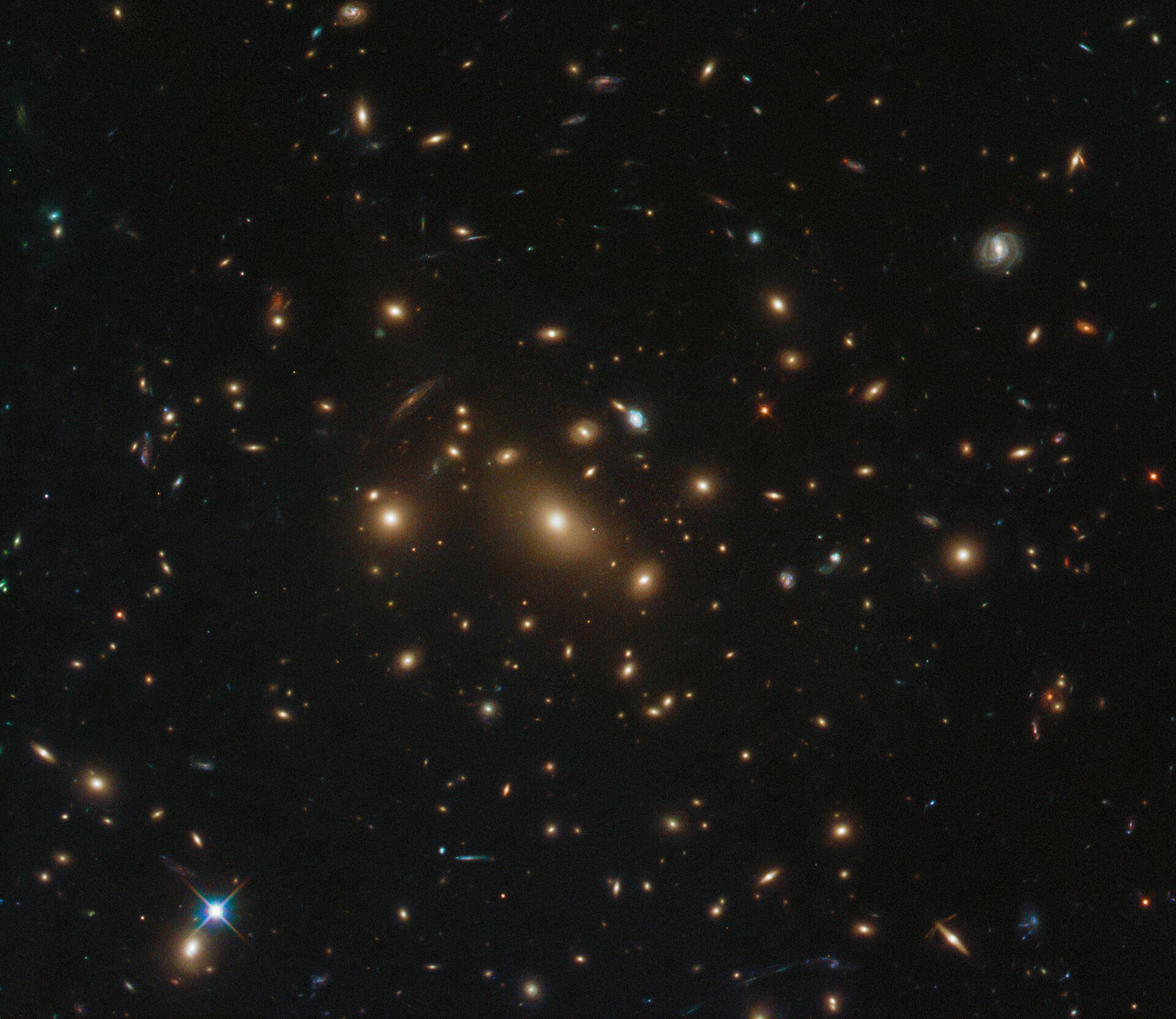 In astronomy, the devil is in the details — as this image, taken by the NASA/ESA Hubble Space Telescope’s Advanced Camera for Surveys and Wide-Field Camera 3, demonstrates.

The numerous fuzzy blobs and glowing shapes scattered across this image make up a galaxy cluster named RXC J0949.8+1707. Located to the upper right of the frame sits an especially beautiful and interesting barred spiral galaxy, seen face-on. In the past decade, astronomers peering at this galaxy have possibly discovered not one but three examples of a cosmic phenomenon known as a supernova, the magnificently bright explosion of a star nearing the end of its life.

The newest supernova candidate is nicknamed SN Antikythera, and can be seen to the lower right  of the host galaxy. This shone brightly in visible and infrared light over a number of years before fading slightly. The two other supernovae, nicknamed SN Eleanor and SN Alexander, were present in data collected in 2011 but are not visible in this image, which was taken a few years later — their temporary nature unambiguously confirmed their status as supernovae. If future observations of RXC J0949.8+1707 show SN Antikythera to have disappeared then we can most likely label it a supernova, as with its two older (and now absent from the images) siblings.