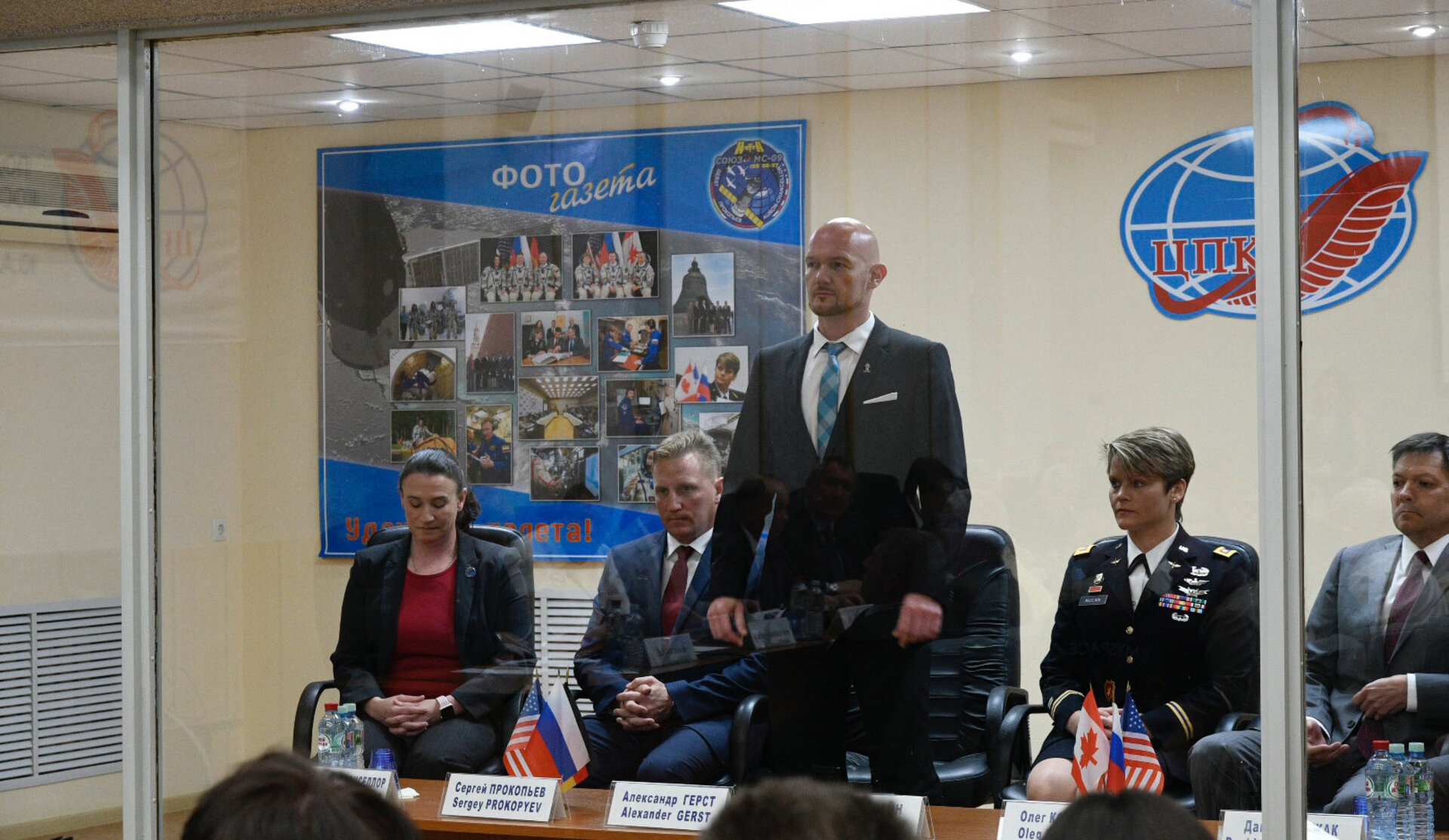 ESA astronaut Alexander Gerst will be launched into space on the Soyuz MS-09 spacecraft alongside NASA astronaut Serena Auñón-Chancellor and Roscosmos commander Sergei Prokopyev from the Baikonur cosmodrome in Kazakhstan on 6 June 2018.

All astronauts that fly on a Soyuz have a final authorisation for launch given by the state commission followed by a last press conference on Earth before liftoff.