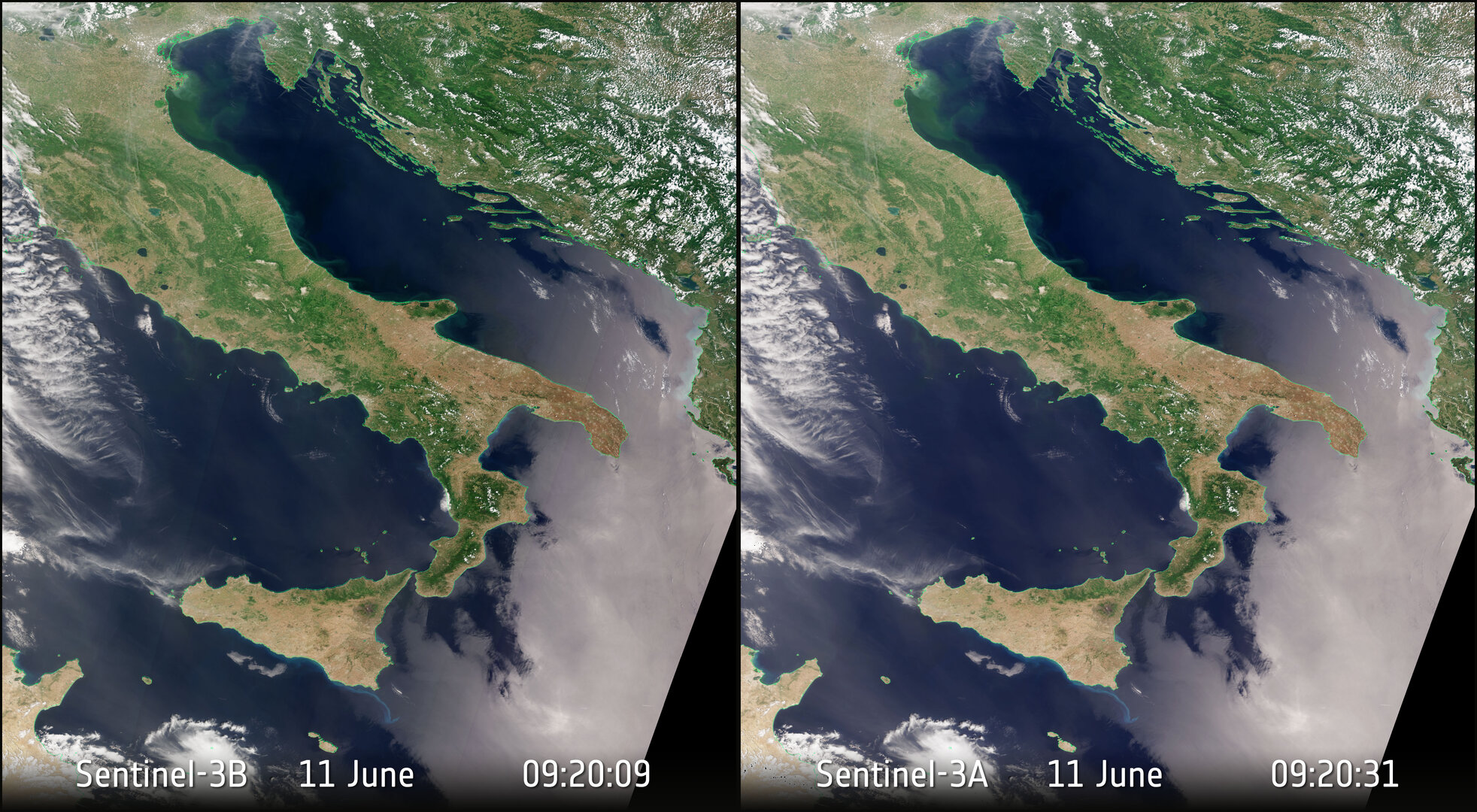 Sentinel-3 is a two-satellite mission to supply the coverage and data delivery needed for Europe’s Copernicus environmental monitoring programme. Launched in 2016, Sentinel-3A has been measuring our oceans, land, ice and atmosphere to monitor and understand large-scale global dynamics and to provide critical information for marine operations, and more. Its twin, Sentinel-3B, was launched in April 2018 and is having its instruments calibrated and being commissioned for service. Since 6 June, the mission has been flying in tandem, separated by a mere 30 seconds. Travelling at 7.4 km per second, the separation equates to a distance of 223 km. The main point of this phase is to carefully compare the performance of instruments on the two satellites. And, as these two images over Italy show, there appears to be no discernible difference. The images were acquired by the satellites’ ocean and land colour instruments on 11 June 2018. The image on the left is from Sentinel-3B with the acquisition starting at 09:20:09 and the image on the right is from Sentinel-3A with acquisition starting at 09:20:31. ESA’s Sentinel-3 team will be analysing results very carefully over the next months to make sure any minor differences are understood and accounted for.