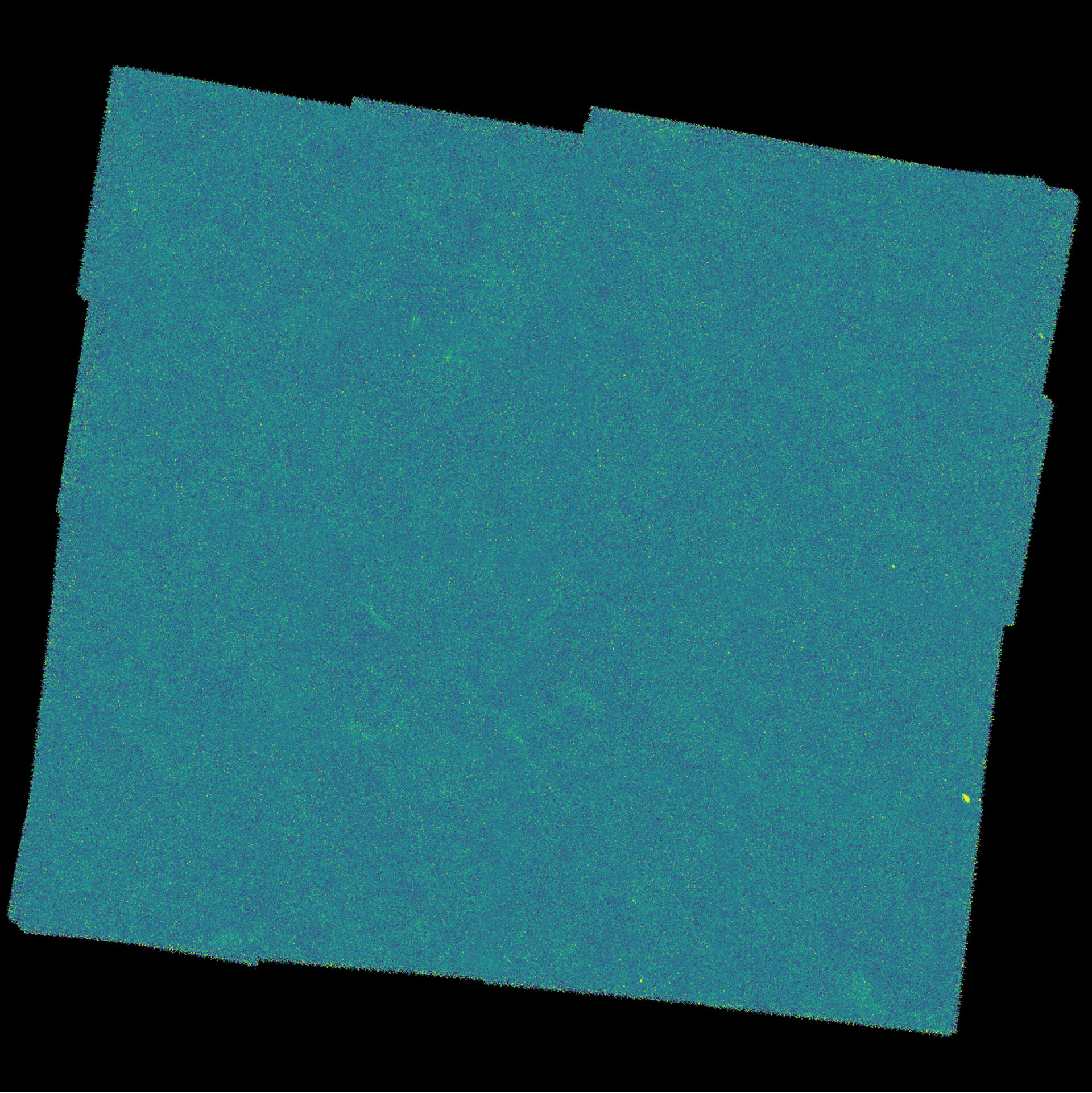 Every point is a galaxy

At first glance this frame is flooded with salt-and-pepper static – but don’t adjust your set!

Rather than being tiny grains or pixels of TV noise, every single point of light in this image is actually a distant galaxy as observed by ESA’s Herschel Space Observatory. Each of these minute marks represents the ‘heat’ emanating from dust grains lying between the stars of each galaxy. This radiation has taken many billions of years to reach us, and in most cases was emitted well before the Solar System and the Earth had even formed.

This frame shows a map of the North Galactic Pole as imaged by Herschel’s Spectral and Photometric Imaging Receiver, SPIRE. As on Earth, astronomers define locations on a cosmic scale using a coordinate system. For the Milky Way galaxy, this coordinate system is spherical with the Sun at its centre, and provides values for longitude and latitude on the sky with respect to our Galaxy.

The North Galactic Pole lies far from the cluttered disc of the Milky Way, and offers a clean, clear view of the distant Universe beyond our home galaxy. In the sky, it is located somewhere in the northern constellation of Coma Berenices (Berenice’s Hair), a region that also contains an especially rich galaxy cluster known as the Coma Cluster. Serendipitously, the Coma Cluster is included in this map, adding over 1000 points of light to the tally of individual galaxies.

Herschel was active from 2009 to 2013, and used its instruments to study the sky in the far infrared. SPIRE was particularly well-suited to mapping large areas of sky, and observed the North Galactic Pole in three different filters simultaneously – such observations can be used to produce multicoloured images.

The image shown is a single-filter map obtained at a wavelength of 250 μm as part of the Herschel Astrophysical Terahertz Large Area Survey (H-ATLAS), and covers some 180.1 square degrees of sky. This used both SPIRE and another Herschel instrument, the Photodetector Array Camera and Spectrometer (PACS), to survey some 660 square degrees of sky in five wavelength bands and produce the largest far infrared surveys ever made of the sky lying outside our galaxy.