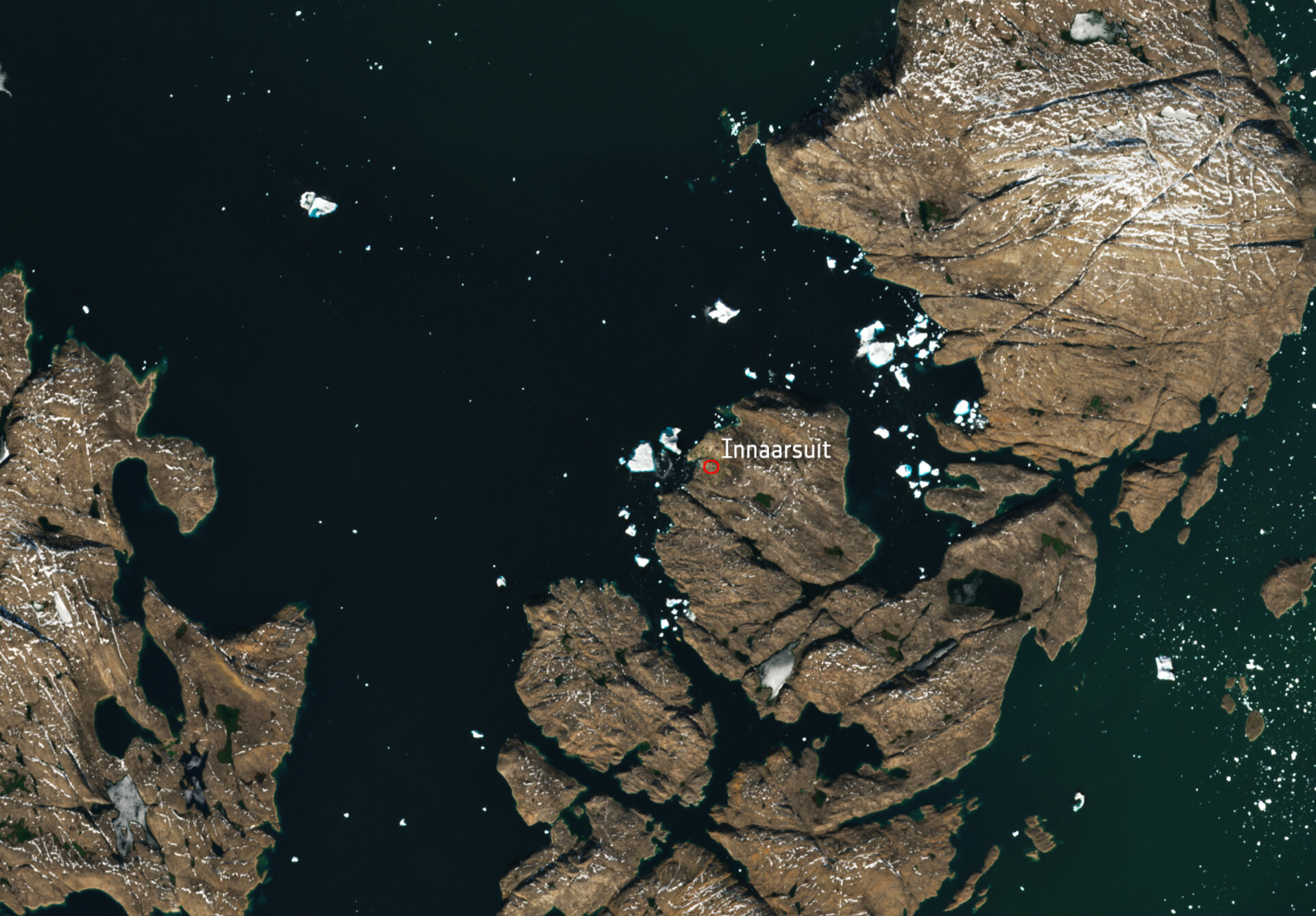 This satellite image, captured by Sentinel-2A on 9 July 2018, shows a huge iceberg perilously close to the village of Innaarsuit on the west coast of Greenland. If the berg breaks apart, waves resulting from the falling ice could wash away parts of the village.

The 169 residents of Innaarsuit are relatively used to seeing large icebergs floating by, but weighing around 10 million tonnes, this is reported to be the largest in memory. With chunks of ice calving from the iceberg, a number of residents were evacuated amid fears of a bigger break up. The local power plant is also on the coast so waves could also potentially shut down the village’s power supply. However, there are recent reports that strong winds from the south have started to push the berg to the north. The image also shows several other large icebergs in the vicinity.

The Copernicus Sentinel-2 mission is a two-satellite constellation. Each of the two satellites carries an innovative wide swath high-resolution multispectral imager with 13 spectral bands .The combination of high resolution, novel spectral capabilities, a swath width of 290 km and frequent revisit times provides unprecedented views of Earth and the ability to monitor rapidly changing events such as this.