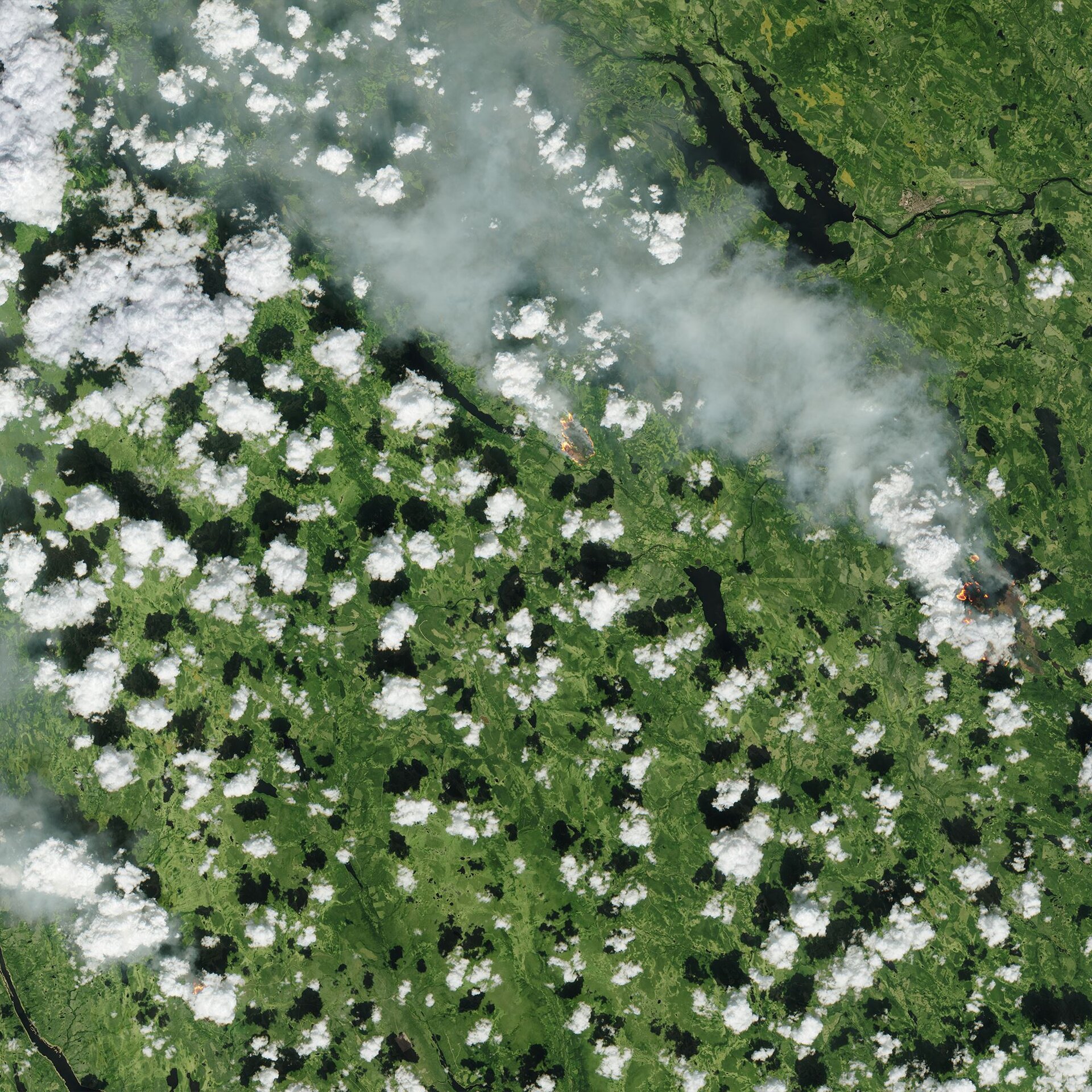 Zooming in on fires in Sweden

With Europe in the grip of a heatwave and little rain, the scorched ground and dry vegetation is succumbing to fire. Fires have now broken out as far as the Arctic Circle, in Sweden. This image from the Copernicus Sentinel-2 mission was captured on 17 July 2018 and shows a detailed view of flames and smoke from two of the fires, along with smoke from other fires in the vicinity. The fires have led to the authorities evacuating some villages and appealing for help from other countries, and concerns that the current record temperatures and drought are linked to climate change. There are said to be around 50 fires now burning in the country. Through July there have been three times as many fires as there were last year.

See also: Sweden in flames and Smoke from fires in Sweden.