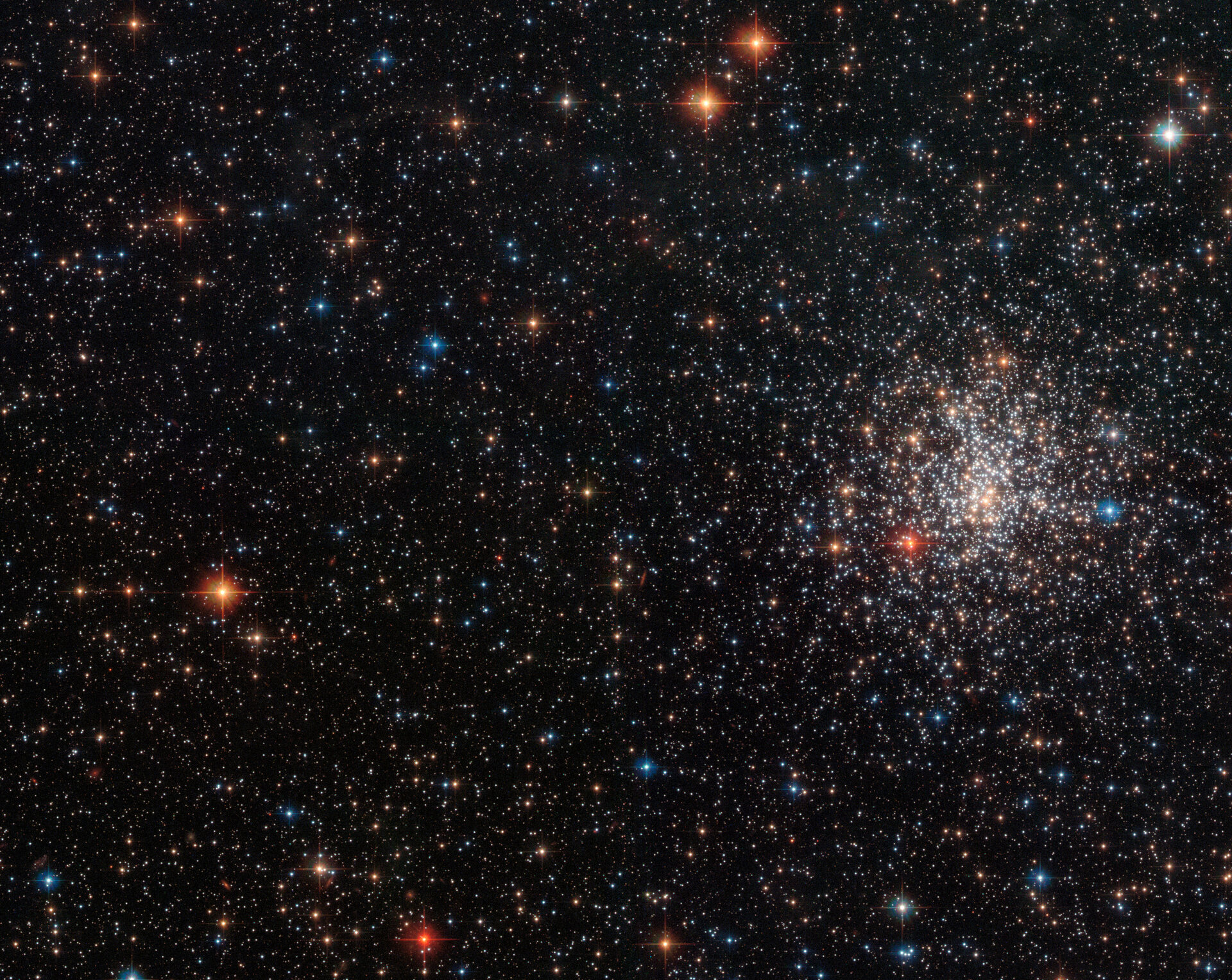 This Picture of the Week shows the colourful globular cluster NGC 2108. The cluster is nestled within the Large Magellanic Cloud, in the constellation of the Swordfish (Dorado). It was discovered in 1835 by the astronomer, mathematician, chemist and inventor John Herschel, son of the famous William Herschel.

The most striking feature of this globular cluster is the gleaming ruby-red spot at the centre left of the image. What looks like the cluster’s watchful eye is actually a carbon star. Carbon stars are almost always cool red giants, with atmospheres containing more carbon than oxygen — the opposite to our Sun. Carbon monoxide forms in the outer layer of the star through a combination of these elements, until there is no more oxygen available. Carbon atoms are then free to form a variety of other carbon compounds, such as C2, CH, CN, C3 and SiC2, which scatter blue light within the star, allowing red light to pass through undisturbed.