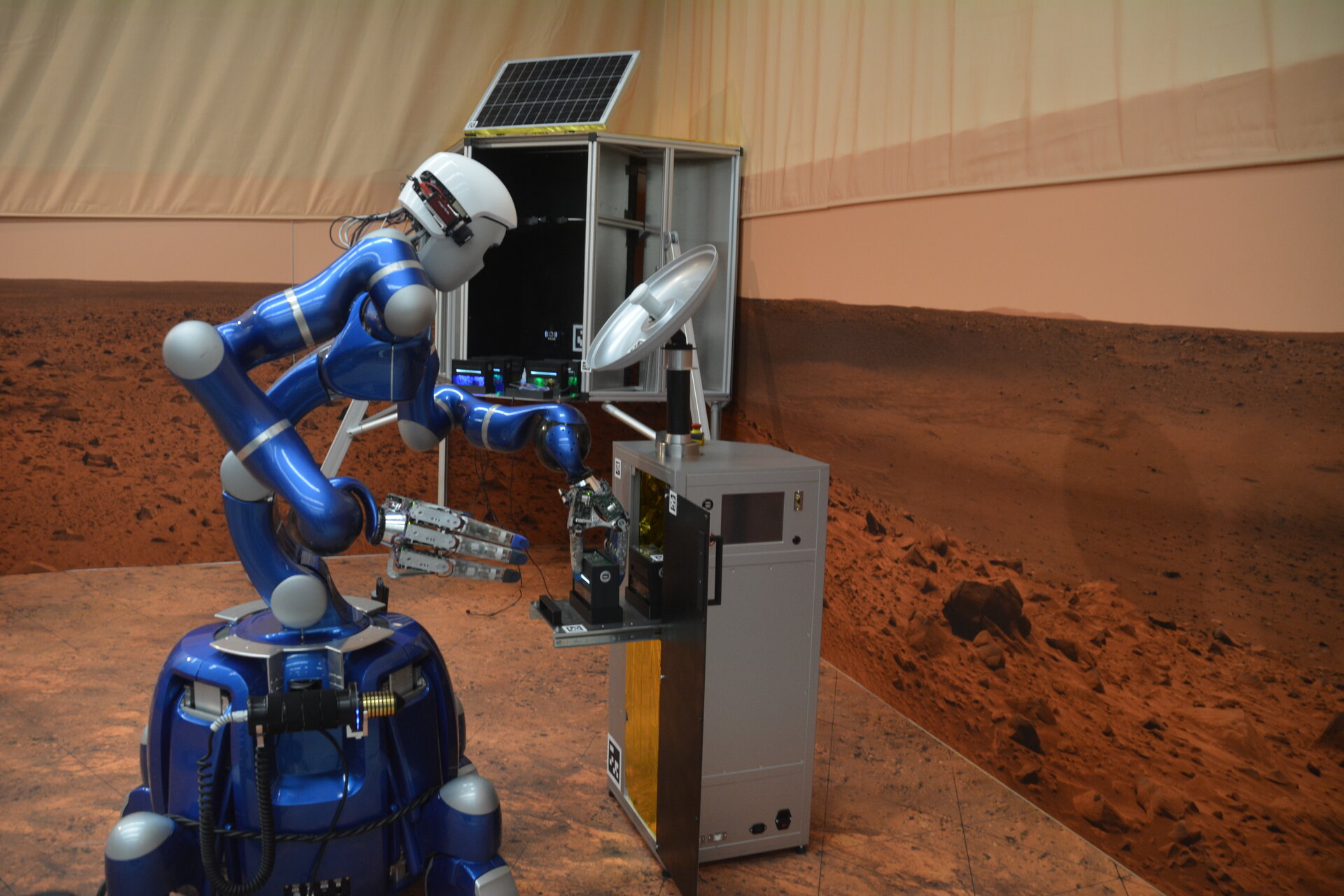 This Friday 17 August, ESA astronaut Alexander Gerst will be directing this humanoid robot Rollin’ Justin – based in the DLR German Aerospace Center establishment in Oberpfaffenhofen, Germany – from aboard the International Space Station, flying at 28 800 km/h and 400 km above Earth.

This latest two-hour test of astronaut-robot cooperation will be webcast from 11:30 CEST (09:30 Station Time, GMT) on Friday. Join us here.

This is the latest experiment in the multi-space-agency METERON (Multi-Purpose End-to-End Robotic Operations Network) project, investigating how astronauts in orbit might oversee robots on alien planets, allowing humans to explore unknown environments without the hazard and expense of landing.

“He will use his tablet on ISS to visually identify which items the robot needs to attend to among a set of solar panels on a simulated Martian surface. The operating principle is similar to a point-and-click adventure game, but with exponentially higher stakes of space robotics.”

Principal Investigator for the experiment is Neal Lii of DLR: “Rather than commanding every joint and every movement of the robot, which demands a high mental workload from the human, we rely on the robot’s intelligence to carry out small task packages as commanded by the ISS crew. What we’re looking for with these SUPVIS Justin experiments is demonstrate robots as genuine co-workers, where astronauts give abstract commands that the robots can compute locally then carry out. Our model is supervised autonomy, with astronauts able to manage a team of robots to achieve a given goal.

“This will be our third SUPVIS-Justin orbital experiment. The first was carried out with ESA astronaut Paolo Nespoli in August last year. Paolo got so excited about it that he actually recruited fellow crewmembers Randy Bresnik and Jack Fischer to try it out as well. NASA astronaut Scott Tingle participated in the second session in March 2018, providing us with some great feedback.

“We want to see how we can make the interaction as easy and intuitive as possible, while building up the complexity of the tasks with each successive ISS-ground experiment. Starting with simpler switching on/off tasks, we have advanced to asset retrieval, installation, and dexterous repairs for this session. These represent some of the most dexterous telerobotic tasks to be commanded from space to date.”