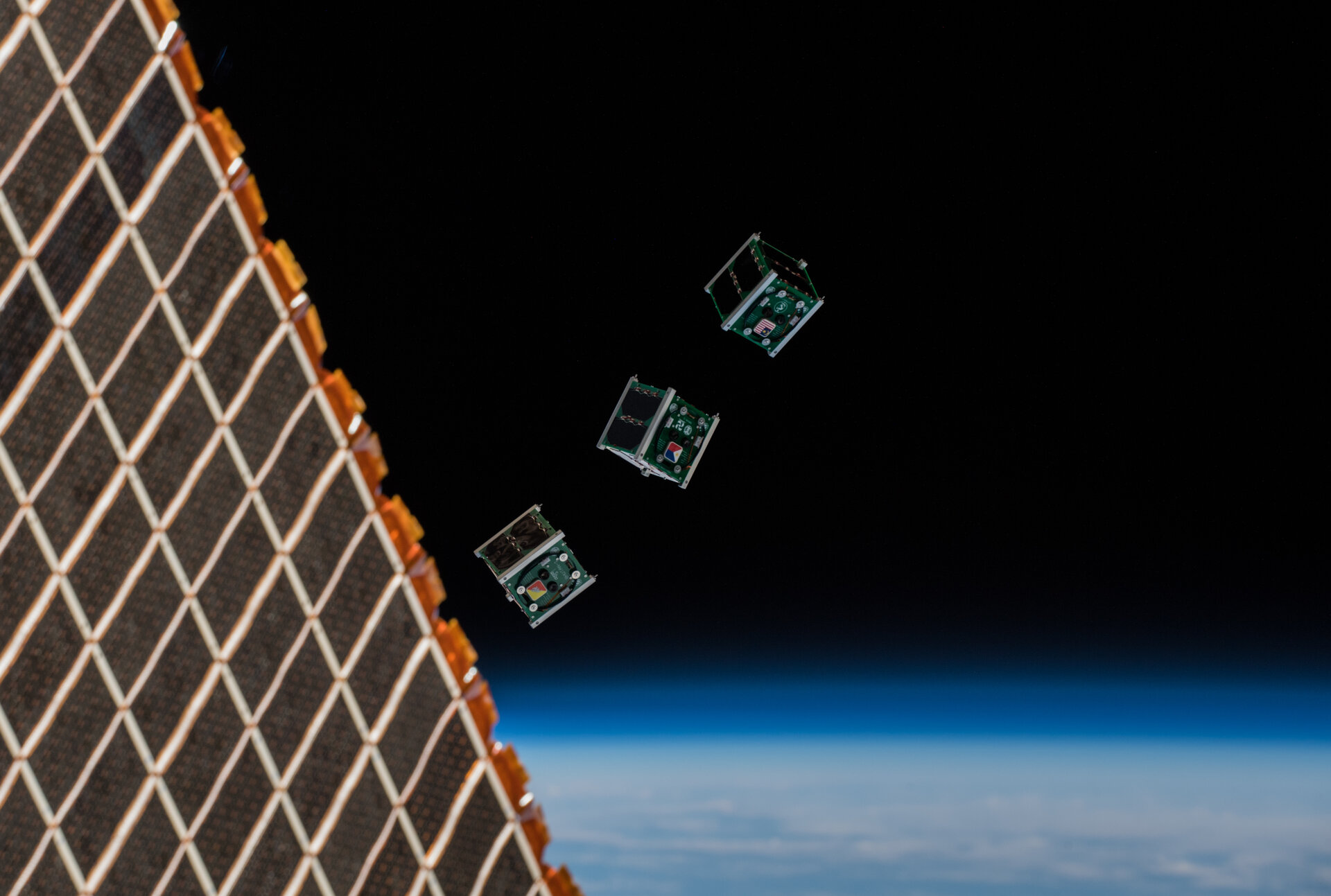 This image of three miniature satellites or CubeSats freshly launched into space is a striking reminder of human cooperation at the heart of space exploration.

Bhutan’s first ever satellite along with others from Malaysia and the Philippines were released into their respective orbits from the International Space Station on 10 August.

While the launch was a first for Bhutan, it was just another day on the International Space Station that was built and is maintained by thousands of people across the globe.

Launched in 1998, the Space Station is the culmination of years of international planning and partnership between the United States, Canada, Japan, Russia, and participating European countries.

In its 20 years of operation it has hosted many international flight crews, launched global operations and conducted research from the world-wide scientific community.

It is not only a technological achievement but a successful testament to partnership across borders.

ESA is continuing along these lines of partnership and cooperation in its new European vision for space exploration.

In addition to committing its support for the Space Station, the agency is partnering with the commercial sector to make the Space Station more accessible to all with programmes such as the International Commercial Experiments Service, or ICE Cubes.

The agency is also setting its sights beyond low-Earth orbit, with ambitious plans for the Moon, a deep space gateway and a Mars landing.

For the Moon, ESA is preparing for a robotic landing in partnership with Russia as early as 2022. The mission will look for water ice.

Returning humans to the Moon is underway in collaboration with NASA on the Orion vehicle, with a European service module at its core, that will build bridges to Moon and Mars by sending humans further into space than ever before.

Like the International Space Station, this new age of exploration will be achieved not in competition, but through international cooperation.

ESA astronaut Alexander Gerst put it best when posted this image on social media, writing “If you want to go far, go together.”

We’re already on it.