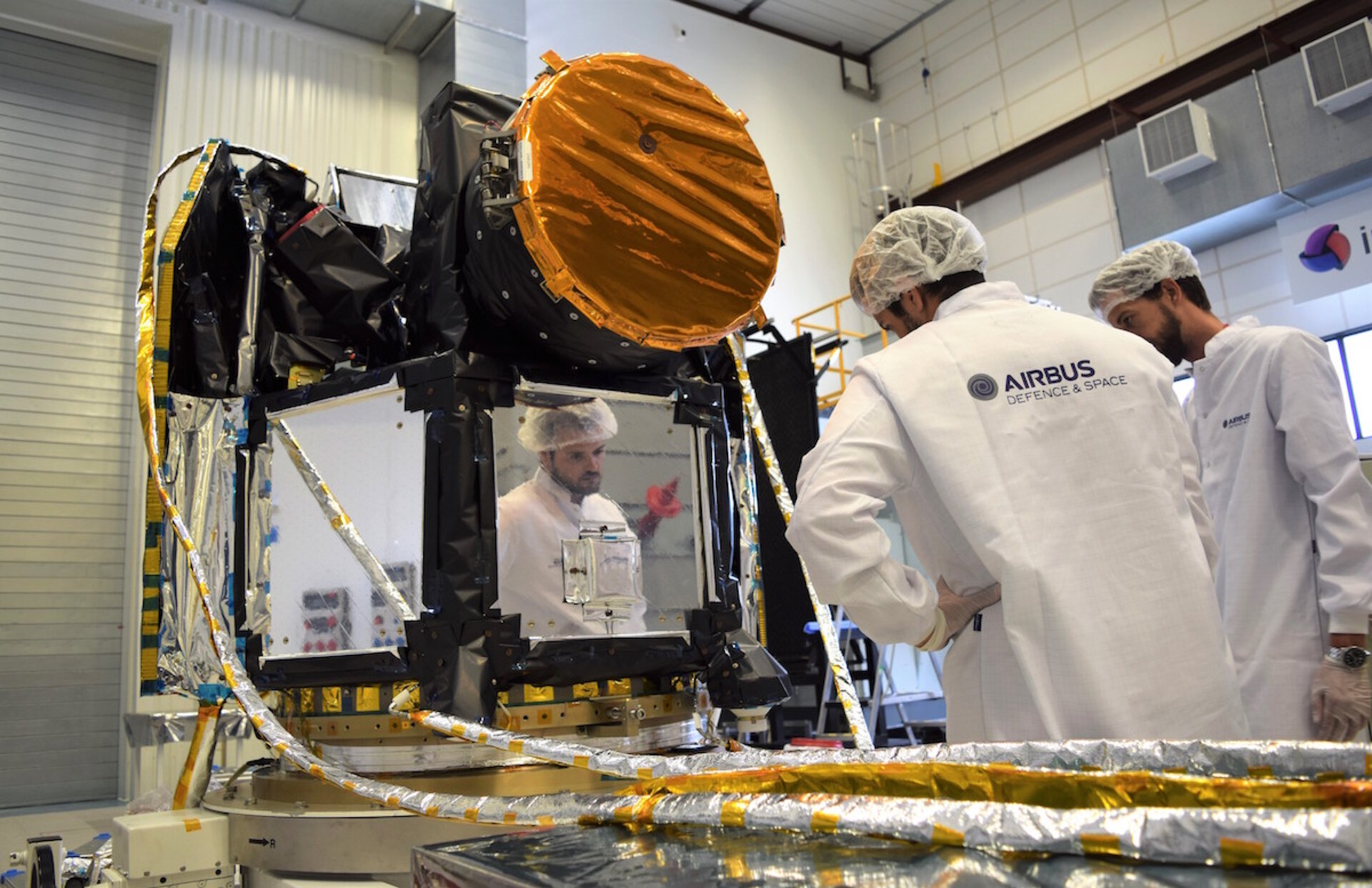 Engineers studying the test hardware used to monitor the CHaracterizing ExOPlanets Satellite, Cheops, during thermal-vacuum testing in the cleanroom at the Airbus Engineering Validation Test facility in Toulouse, France. More than a hundred sensors were used to monitor temperature changes on different parts of the satellite during the tests, which were performed between 20 July and 2 August 2018.

More about the testing campaign: Chilled and checked, shaken and not stirred