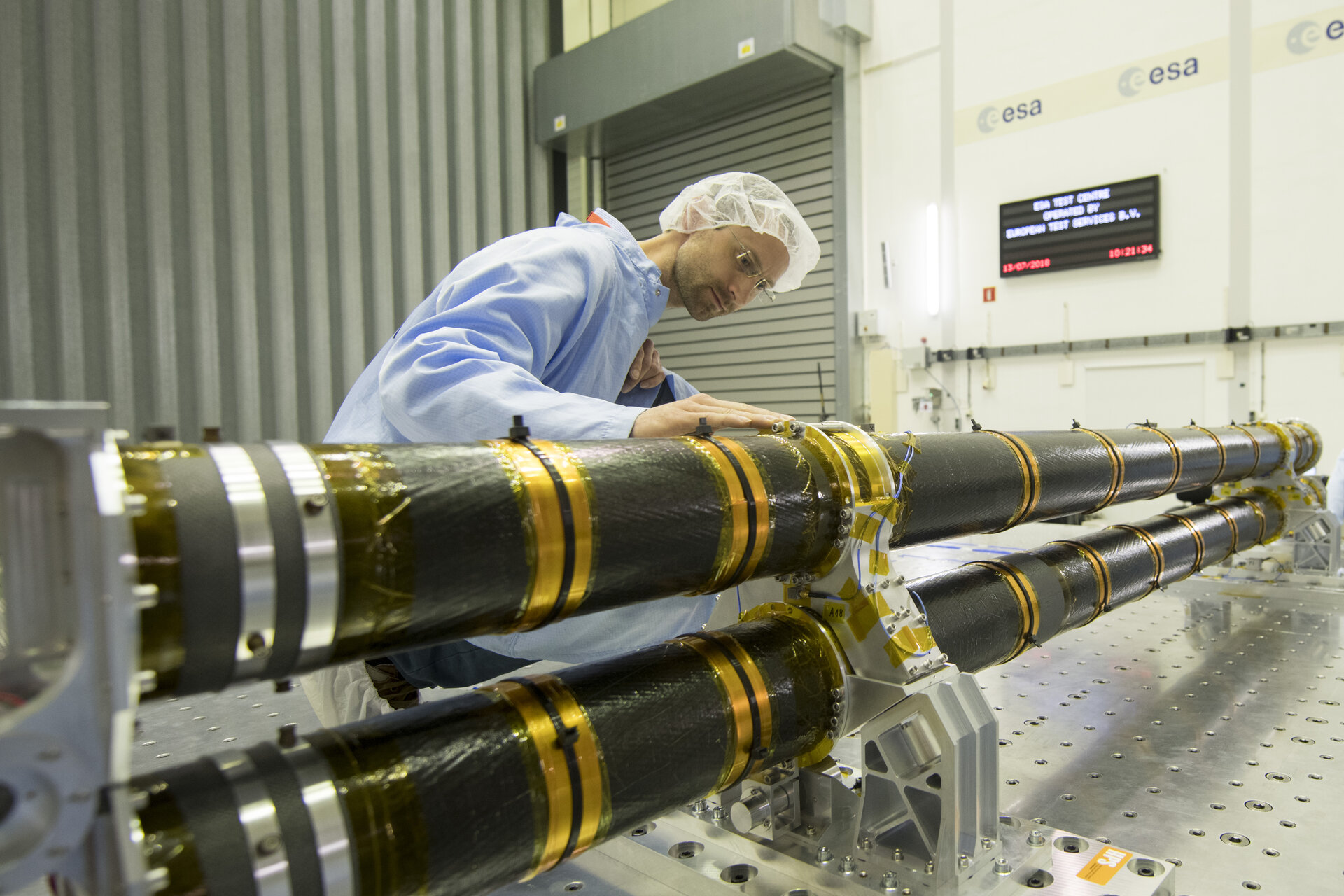 Shaker testing of a new, European-made articulated boom for satellites, taking place at ESA’s ESTEC technical centre in the Netherlands. This 6.1-m long boom would unfold in orbit to support large deployable antenna reflectors, radiometers, or other heavy instruments extended from the main body of a satellite.

HPS GmbH in Germany led its development for ESA, supported through the Agency’s Technology Research Programme.

“Right now, to serve missions employing large deployable antenna reflectors and booms such as ESA’s Alphasat and Biomass, we need to procure technology from outside Europe. Instead, we aim to foster a native European capability as an enabler of future missions.”

Stephan Endler of HPS GmbH adds: “Benchmarked against comparable designs available outside Europe, this boom combines a lower mass with higher stiffness and improved thermoelastic stability, so we are outperforming our competitors.”

Woven from carbon fiber composite into a rigid tube by INVENT GmbH and incorporating dedicated motorised hinges developed by HPS’ subcontractor RUAG Space Germany, the boom design is scalable in nature, potentially extendible up to 12 m in length.

As a key design requirement, it must maintain its shape from base to tip down to sub-millimetre scale, unaffected by the wide range of temperatures encountered in orbital space.

Testing of the boom began in the DLR German Aerospace Center’s facility in Bremen, with an initial partial deployment subsequently repeated in vacuum conditions – progressing to the vibration and shock testing as seen above, using ESTEC’s vibration test facility.

The boom has gone on to Portugal for full-scale deployment, stiffness and thermal stability testing at HPS’ partner company INEGI, also responsible for the project's deployment ground support equipment.

As a next step the plan is to test the boom in conjunction with a full-scale large deployable antenna reflector to bring the technology closer to the point where it could be adopted by a future space mission.