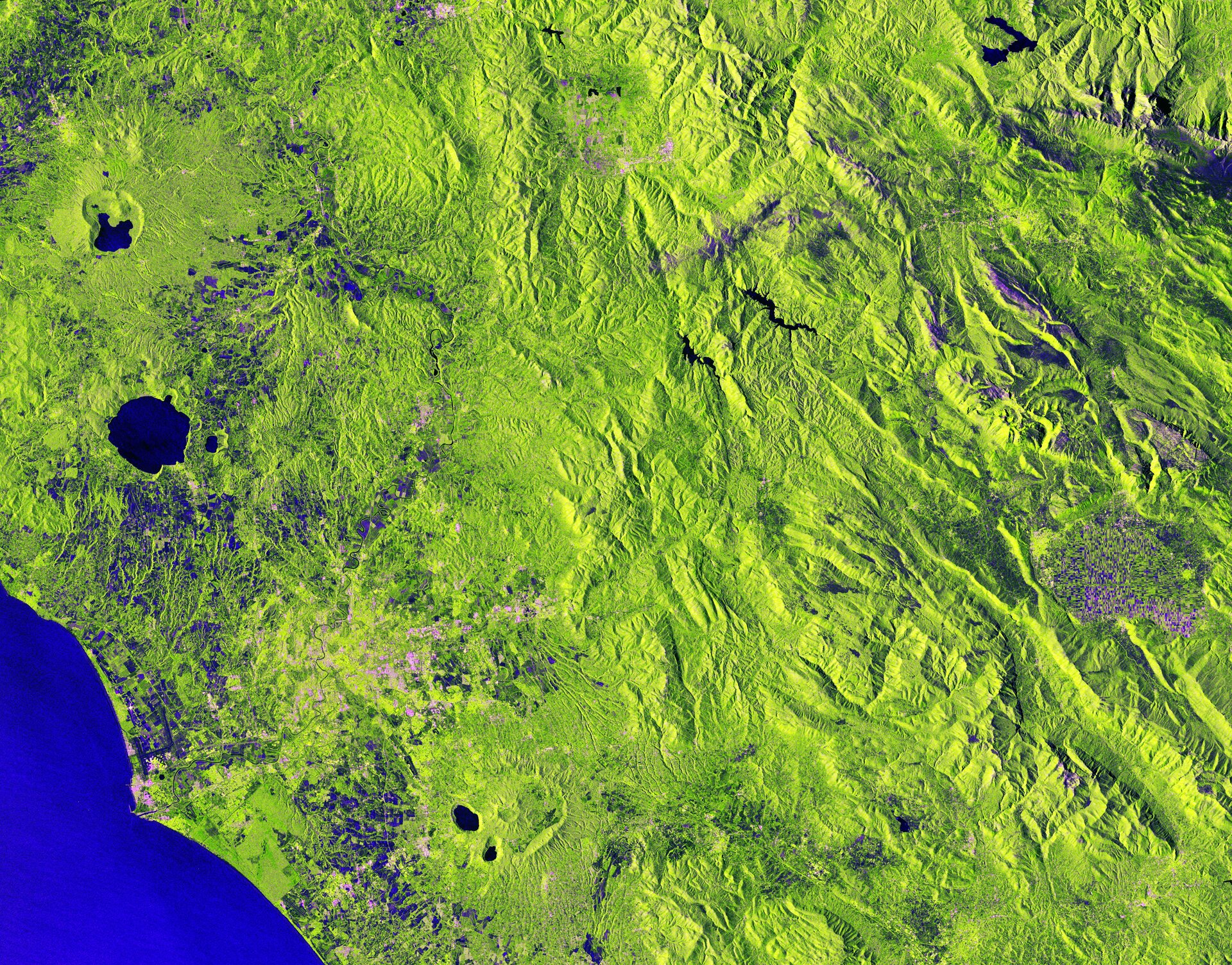 The Copernicus Sentinel-1B satellite takes us over central Italy. From the Apennine Mountains in the top right, to the fertile, former lakebed of the Avezzano plain in the centre right, this bright, false-colour image captures the diversity and beauty of the region’s landscapes.

Dual-polarisation radar technology has been used, resulting in vibrant shades of green for most of the land surface shown. Built up areas, such as Italy’s capital city of Rome, appear in shades of red and pink. Meanwhile, the structure of the agricultural fields of Altopiano in the Abruzzo region is clearly reflected in a combination of blue and violet hues.

This radar technology allows us to see the crater lake structures of the volcanic lakes of Nemi and Albano in the bottom left clearly. The same is true for Lago di Vico with the volcano and crater clearly visible in the top left of the image.

The central region of Italy is an important one for the space industry. For example, ESA’s centre for Earth observation, which celebrates its 50-year anniversary this week, is located in this area.

This region is also prone to earthquakes. In August 2016, a magnitude 6.2 earthquake struck the small towns of Amatrice, Accumoli and Pescara del Tronto. It was followed by two aftershocks. A magnitude 6.6 earthquake in Norcia followed in October the same year. The tremor of this last earthquake was felt across the country. It was the most powerful one to hit Italy since 1980.

Sentinel-1’s radar technology can provide images with a resolution of 10 m and within hours of acquisition to aid emergency response. This imagery can support impact assessments for many types of hazard including floods and earthquakes.

This image, which was captured on 6 July 2018, is also featured on the Earth from Space video programme.