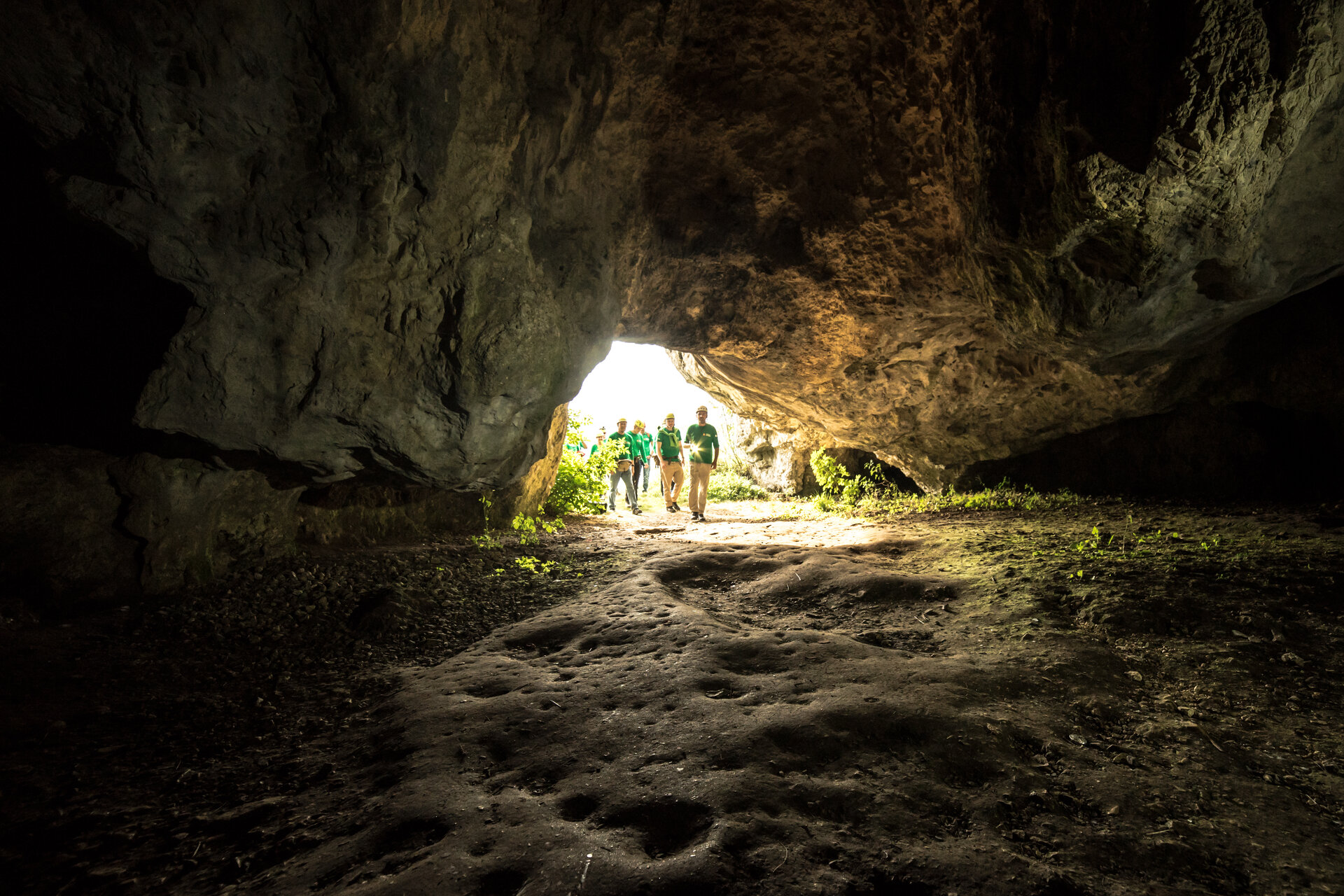 Scene: the entrance of a cave, Riegelberg, Germany. An intrepid group of explorers carefully approach the opening, ready to seek out origins of life on this planet.

This scene is not out of a sci-fi film but from last week’s Pangaea field training course. Named after the ancient supercontinent, Pangaea equips future explorers with a better understanding of planetary geology and includes collecting and documenting interesting rock samples to assess the most likely places where to find traces of life on other planets.

Lead by European planetary geologists, the crew attended lectures, worked with satellite imagery, and used robotic tools to analyse rock samples. They put knowledge into practice at the Ries crater in Germany, one of the best-preserved impact craters on Earth and the place to find extra-terrestrial minerals.

Around 15 million years ago, a one-kilometre-diameter asteroid hit Earth at 20 km/s releasing one trillion times the energy of the Hiroshima atomic bomb. The result is still visible in west Bavaria today: a 25 km-crater with a depth of roughly 200 metres.

At the Ries crater Pangaea participants find the best resemblance on Earth to a Moon crater. With eyes set on returning to our rocky satellite, practical knowledge of lunar formation is vital. Future astronauts must understand both the science and operations of lunar geology to make the right moves while on the Moon.

The structure in this image is made out of a megablock of limestone that was cracked open by the Ries impact event and is the ideal classroom for learning about cave formation. Tracing the origins of such rocky structures helps to tell the greater story of life on Earth and of detecting life on other planets.

This week the Pangaea course moves on to the Italian Dolomites to study layers that reveal a past characterised by an abundance of running water. The veins in the terrain are similar to those found on Mars and suggest sedimentary processes on the Red Planet.

Pangaea’s last stop will be the alien landscapes of Lanzarote, Spain, in November. This is one of the best areas on Earth to understand the geological interactions between volcanic activity and water – two key factors in the search for life.

Follow the Pangaea course on social media and keep up to date with field activities via the blog.