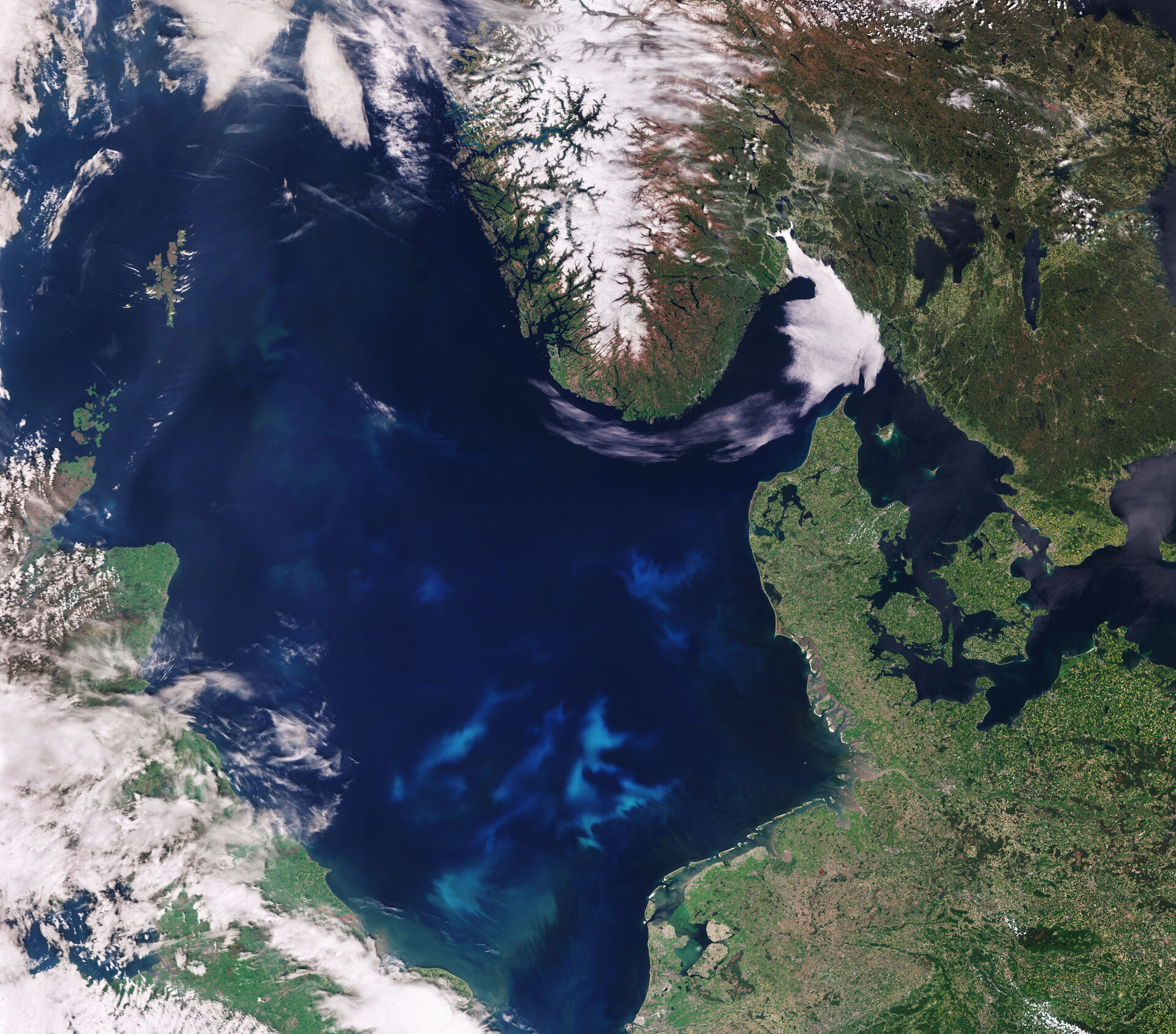 The Copernicus Sentinel-3A satellite takes us over the North Sea, revealing a significant algae bloom covering most of the southern part.  One of Europe's most productive fisheries, the North Sea covers an area of 570 000 sq km and is linked to the Atlantic by one of the world’s busiest shipping regions – the English Channel.

The image covers a large section of Scandinavia, including Norway, the south of Sweden, and Denmark, stretching down to Germany and the Netherlands in the bottom right. On the left of the image we can see the east coast of Scotland and the Northern Isles, comprising two archipelagos – Orkney and Shetland.

Harmful algal blooms caused by excessive growth of marine algae have occurred in the North Sea and the English Channel area in recent years, with satellite data being used to track their growth and spread. These data can then be used to help develop alert systems to mitigate against damaging impacts for tourism and fishing industries.

Harmful blooms, which pose a threat to various forms of water life, are thought to carry an annual cost of over 900 million euros to these industries in the EU.

Helping to map algal blooms and providing critical information for marine operations are just some of the ways that the two-satellite Sentinel-3 is used for Europe’s Copernicus environmental monitoring programme. Since 2016, Sentinel-3A has been measuring our oceans, land, ice and atmosphere to monitor and understand large-scale global dynamics. In April 2018, it was joined by its twin satellite Sentinel-3B.

This image, which was captured on 27 May 2017, is also featured on the Earth from Space video programme.