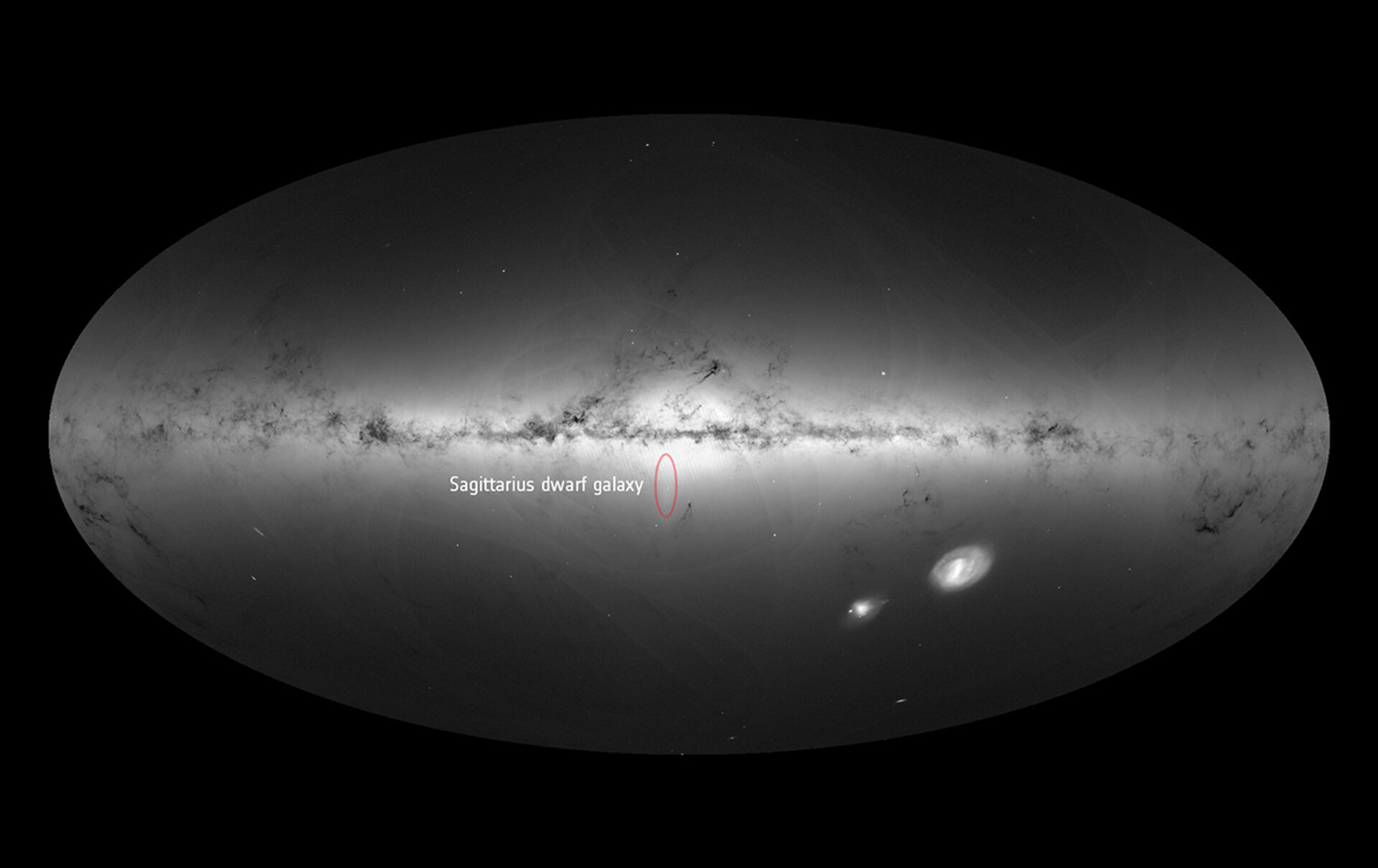 The Sagittarius dwarf galaxy, a small satellite of the Milky Way that is leaving a stream of stars behind as an effect of our Galaxy’s gravitational tug, is visible as an elongated feature below the Galactic centre and pointing in the downwards direction in the all-sky map of the density of stars observed by ESA’s Gaia mission between July 2014 to May 2016.

Scientists analysing data from Gaia’s second release have shown our Milky Way galaxy is still enduring the effects of a near collision that set millions of stars moving like ripples on a pond. The close encounter likely took place sometime in the past 300–900 million years, and the culprit could be the Sagittarius dwarf galaxy.