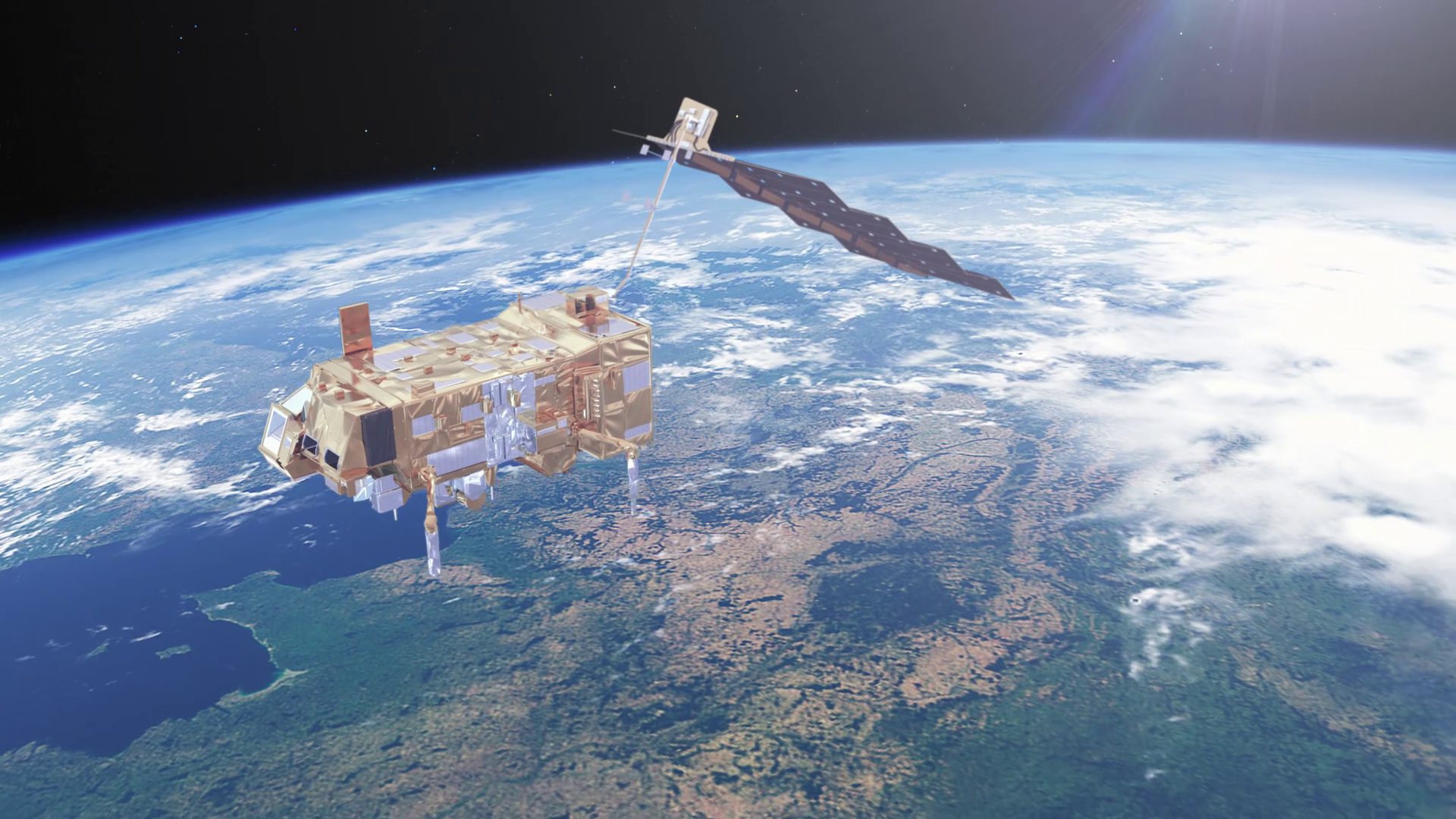 A global approach to monitoring the weather

The series of MetOp weather satellites orbit Earth from pole to pole, just over 800 km high, complementing the long-standing series of Meteosat satellites that hover 36 000 km above the equator in geostationary orbit. These different orbits offer different advantages. The Meteosat series, currently the Meteosat Second Generation, orbit Earth at the same rotational speed as Earth itself, making it appear stationary if you were able to see them from the ground. At such a high altitude, a large portion of Earth is in constant view. This big picture is essential as air mass exchange processes drive weather between the equator and the poles. However, this also means that some parts of Earth are never viewed. MetOp satellites orbit Earth just over 800 km high and fly over the poles 14 times every 24 hours, achieving global coverage every five days. The lower orbit also allows more detailed observations than from geostationary orbit. The MetOp satellites are developed by ESA under a cooperation agreement to form the space segment of the Eumetsat Polar System. This system is Europe’s contribution to a multi-orbit polar system shared with the US NOAA agency.