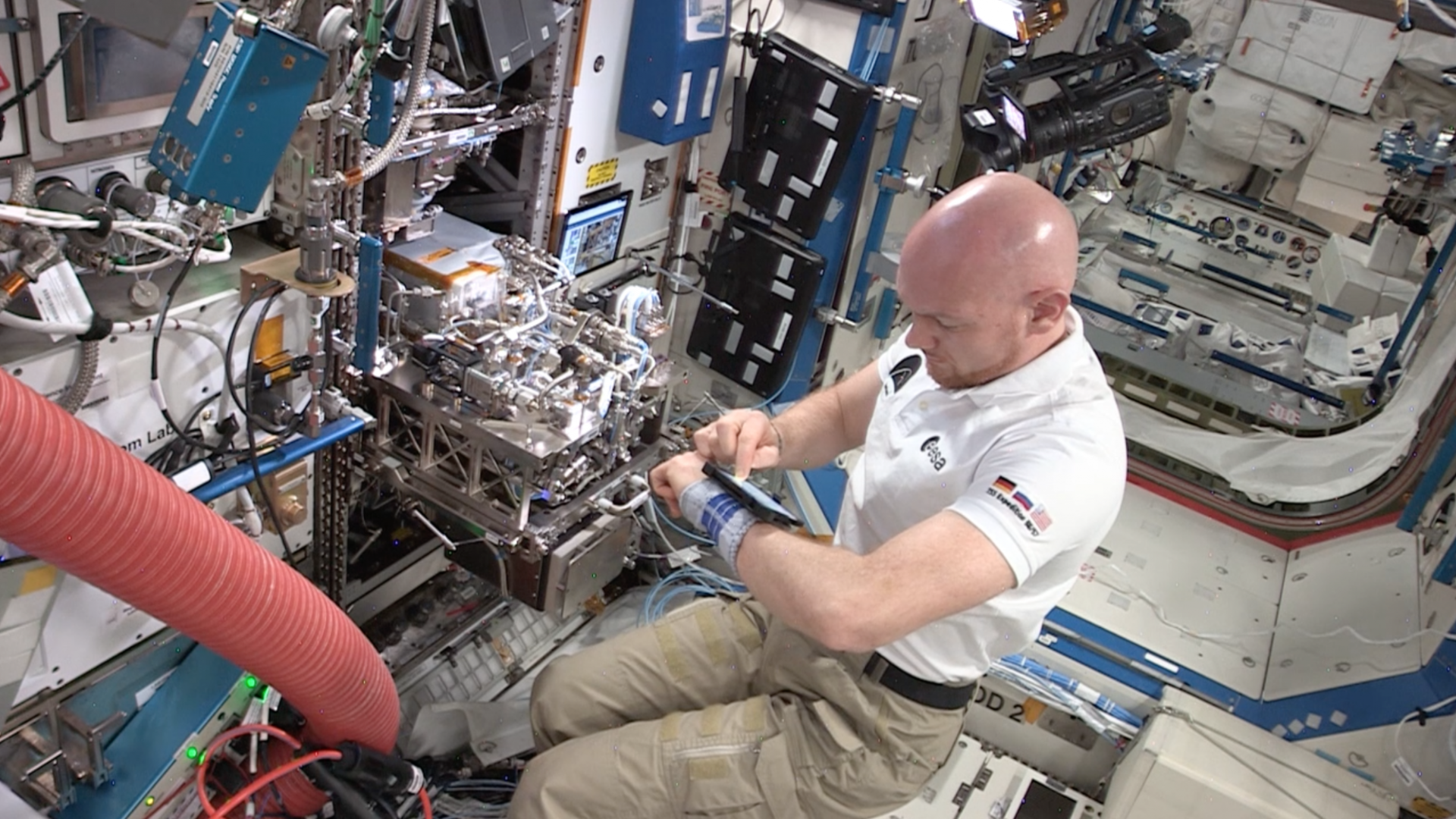 ESA astronaut Alexander Gerst installing ESA’s next-generation life-support system on the International Space Station.The new facility recycles carbon dioxide in the air into water that can then be converted into oxygen reducing supplies sent from Earth by half.

Alexander set up the air and water drawer of the facility, including part of the Sabatier reactor on 10 September but was given an extra helping hand from ground control with an operational aid called the ‘mobile procedure viewer’ or mobiPV.

He wears a smartphone on their wrist that connects to the Space Station’s procedure library and shows the instructions on-screen. Alexander could concentrate on the work at hand, without going back and forth to the computer.