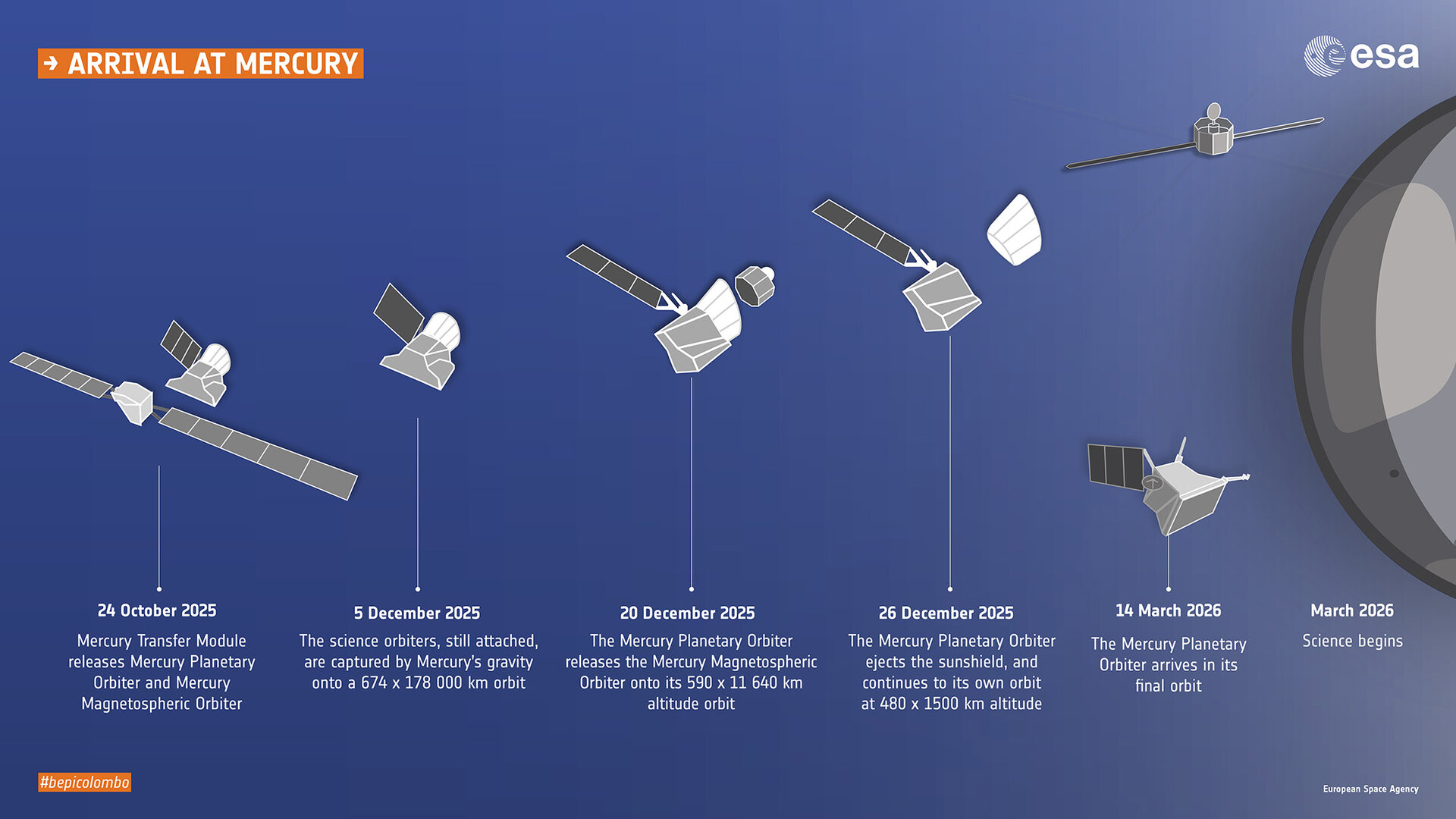 After a seven year journey through the inner Solar System, BepiColombo will arrive at Mercury. While still on the approach to Mercury, the transfer module will separate and the two science orbiters, still together, will be captured into a polar orbit around the planet. Their altitude will be adjusted using MPO’s thrusters until MMO’s desired elliptical polar orbit is reached. Then MPO will separate and descend to its own orbit using its thrusters. The fine-tuning of the orbits is then expected to take three months, after which, the main science mission will begin.