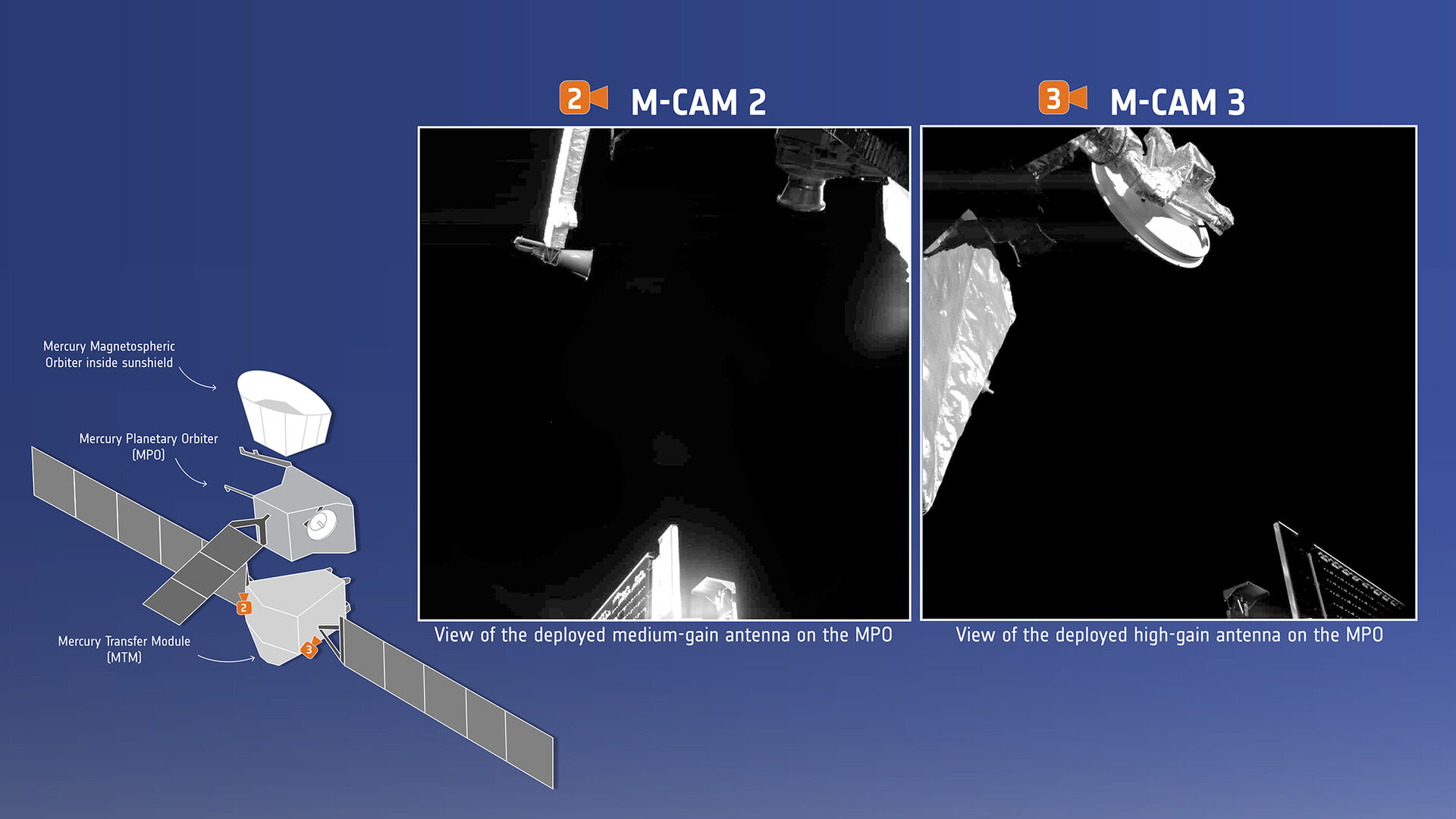 The BepiColombo Mercury Transfer Module (MTM) has returned its first images of the deployed antennas onboard the Mercury Planetary Orbiter (MPO).

The ‘M-CAM 2’ camera captured the medium-gain antenna, while ‘M-CAM 3’ looked towards the deployed high-gain antenna. Glimpses of the MTM solar arrays are also visible in both images (follow the links to full descriptions of what can be seen in each image).

These two images follow the view obtained by ‘M-CAM 1’ yesterday, which imaged one of the deployed solar arrays of the transfer module. The successful deployments had all been confirmed by telemetry before the images were taken.

The transfer module’s three monitoring cameras provide black-and-white snapshots in 1024 x 1024 pixel resolution. The location and field of view of ‘M-CAM 2’ and ‘M-CAM 3’ are indicated in this graphic.

BepiColombo launched at 01:45 GMT on 20 October on an Ariane 5. BepiColombo is a joint endeavour between ESA and the Japan Aerospace Exploration Agency, JAXA. It is the first European mission to Mercury, the smallest and least explored planet in the inner Solar System, and the first to send two spacecraft to make complementary measurements of the planet and its dynamic environment at the same time.