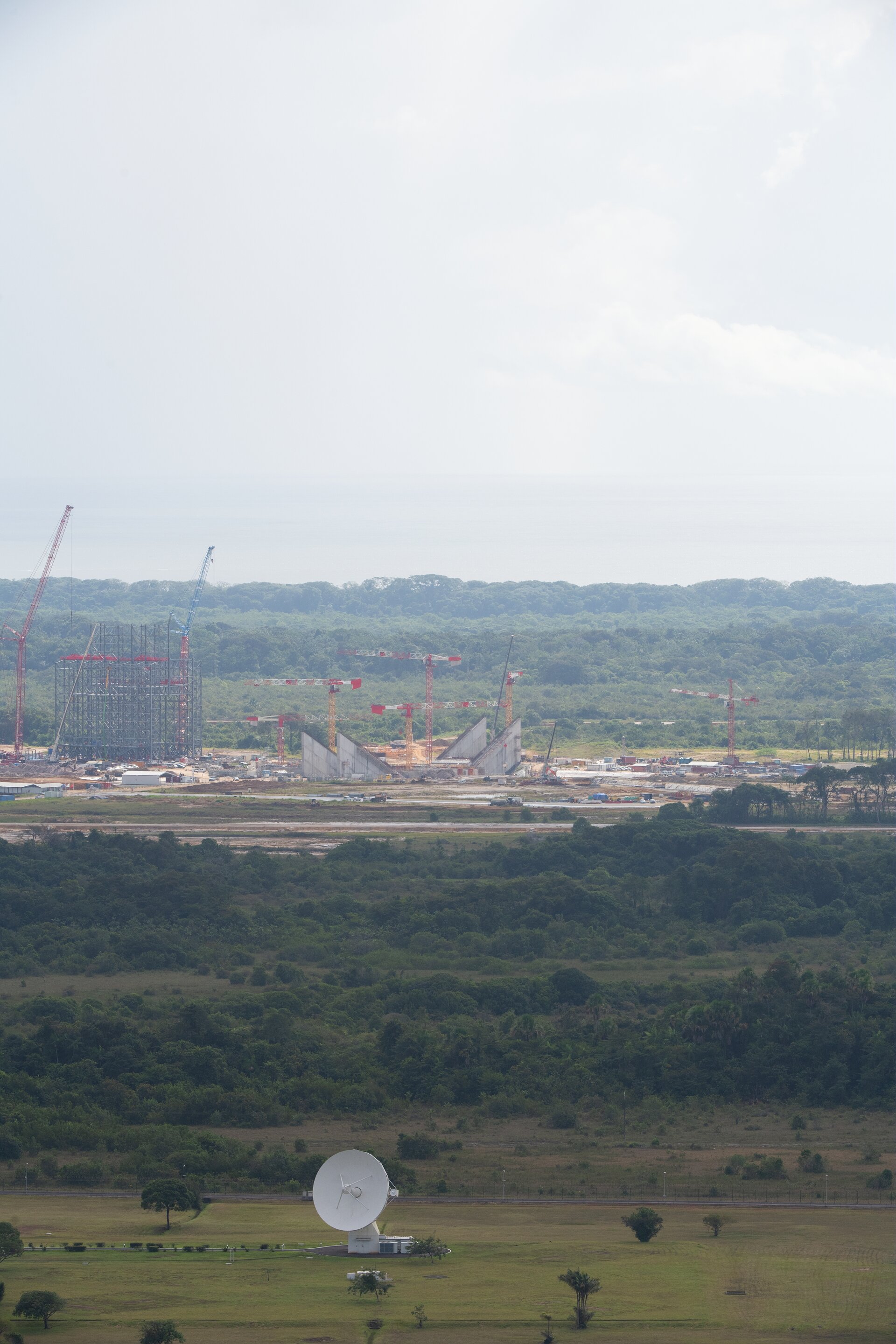 The Diane tracking station, also called Kourou-93, with its 15-metre antenna is shown in the foreground. The facility was inaugurated by ESA in 1992 and has since contributed to many missions including Ulysses, ISO, Eureca, Hipparcos, Italsat-2. It is manned by a team of 6 to 7 people.

Visible behind it is part of the Ariane 6 construction site with the Ariane 6 launch pad taking shape in the centre of the image.