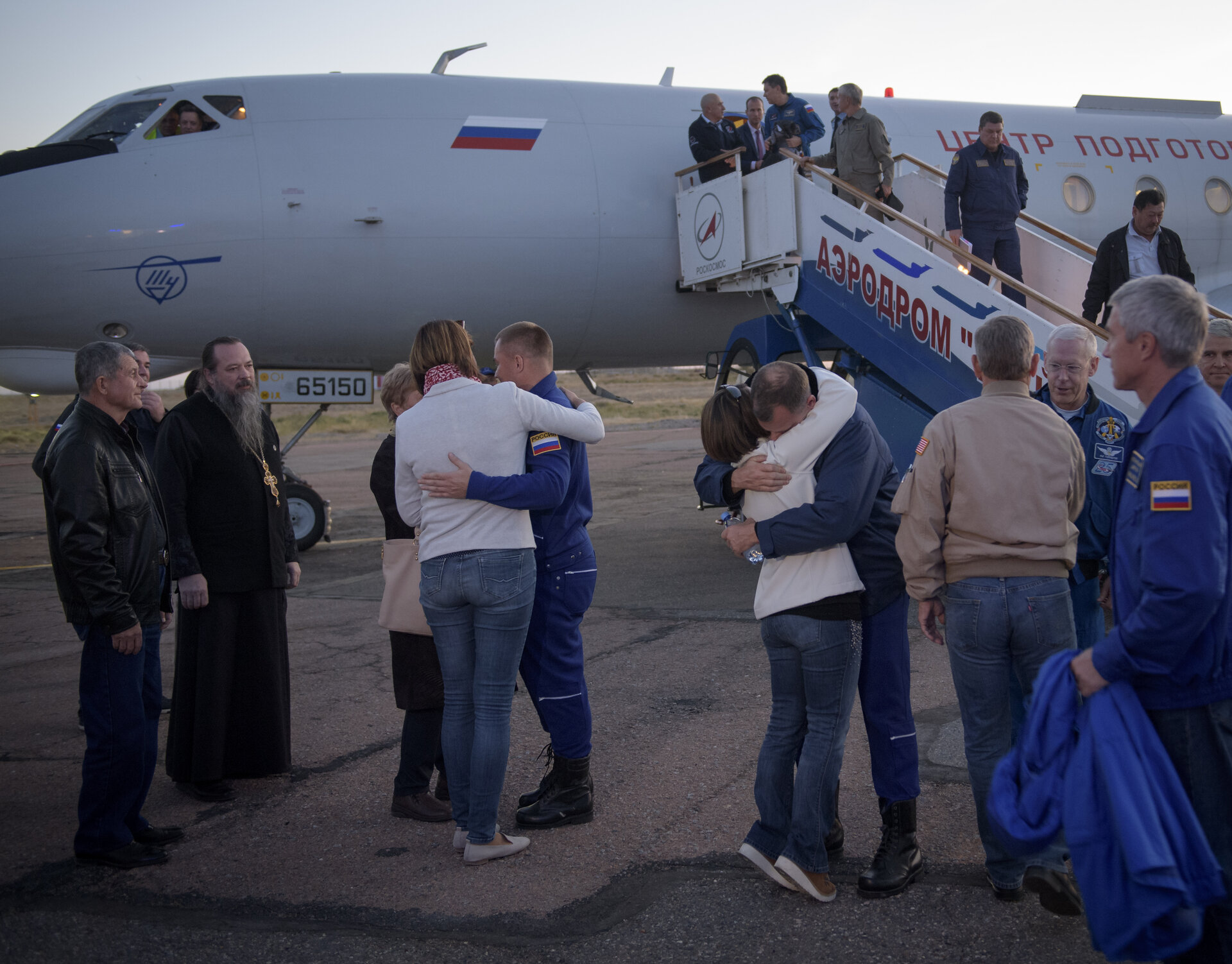 Expedition 57 crew return to Baikonur after an aborted launch

Spaceflight was a challenge in 1961 when Yuri Gagarin became the first human to successfully and safely orbit Earth. While advances in technology have made spaceflight a regular occurrence, it can still be a risky endeavour.

Cosmonaut Alexei Ovchinin of Roscosmos, left, and NASA astronaut Nick Hague, right, reminded the world of this fact last week when they set off for the International Space Station.

Their Soyuz rocket took off at 10:40 CEST 11 October for a four-orbit, six-hour journey to the International Space Station. The launcher’s four boosters take only two minutes to burn their fuel in the so-called first stage – by this time Alexei and Nick were travelling at around 6500 km/h. However, two minutes 45 seconds after liftoff, a malfunction of the second stage ignition was reported causing the launch to be aborted. The crew returned to Earth in a ‘ballistic descent mode’.

In a ballistic reentry the Soyuz capsule spins around its trajectory axis to increase stability and behaves like a spherical object.

The crew were able to make radio contact with mission control and were quickly recovered from their landing site and returned to the Baikonur, where they were greeted by relieved family members.

Launch failures are a rarity in human spaceflight. This is only the third time in the history of the Soyuz launcher that an emergency rescue system had to be activated with a crew aboard. The last time this reliable rocket failed was 35 years ago with the Soyuz T-10A. The launch escape system of the Soyuz spacecraft fired two seconds before the launch vehicle exploded, saving the crew.

All astronauts are trained countless times to deal with emergency situations. Simulators help them practice flight manoeuvres and learn the best response to all situations, from a communications glitch to a full-blown emergency like this one.

There is always the possibility of an emergency landing in a far-away place. Astronauts go through survival courses in extreme environments, preparing themselves to face all kinds of situations in isolation and under psychological stress. Crews have to learn to survive in harsh climates while waiting for rescue, only relying on very basic items and the emergency pack in their Soyuz capsule.